The Beasts of Chernobyl are Bouncing Back

While humans are still hesitant to re-inhabit Chernobyl 29 years after the nuclear power plant explosion and fire that contaminated the area, it appears that wildlife, especially large mammals, is beyond just surviving and is now thriving. While their numbers are up, are these animals healthy?

After the 1986 accident at the Chernobyl Nuclear Power Plant in Ukraine, 116,000 residents were permanently evacuated from the 4,200-square-km (1,600-square-mile) area that became known as the Chernobyl exclusion zone. Reports at the time said the extremely high levels of radiation immediately after the accident significantly affected the health and reproduction of the animals left behind.

But apparently not for long. According to a new study published in Current Biology, researchers in helicopters have been counting tracks in the winter snow since 1987 and the results, when compared to similar areas not affected by radiation, were surprising, if not shocking.

Relative abundances of elk, roe deer, red deer and wild boar within the Chernobyl exclusion zone are similar to those in four (uncontaminated) nature reserves in the region and wolf abundance is more than 7 times higher.

Even more interesting, the bounce-back occurred very soon after the disaster.

What’s the reason for these results? It appears that man is deadlier to animals than radiation and the lack of humans allowed them to recover quickly and thrive without the negative impacts of development, forestry, agriculture and hunting.

Does this increase in numbers mean the elk, deer, wolves and other animals in the exclusion zone are healthy and no longer affected by the accident or residual radiation? That still remains to be seen. The study only counted large mammals, not smaller creatures like birds and rodents, and did not examine their physical condition for mutations, cancer or other abnormalities. The researchers are now using motion-activated cameras and sound recorders to get better data.

While the increase in Chernobyl animal population is positive, it does little to predict what the next 25-plus years will look like for the wildlife impacted by the 2011 Fukushima Daiichi nuclear plant disaster in Japan.

We and the animals need more studies … and less nuclear disasters. 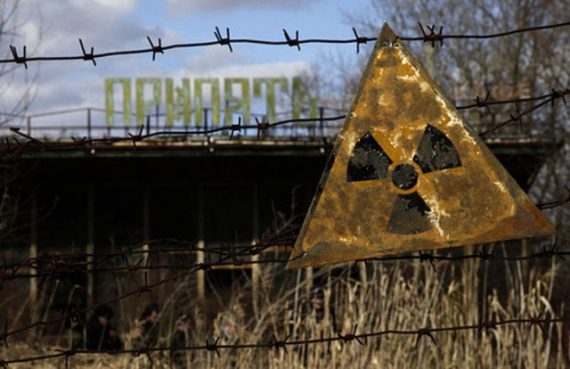