The Doctor’s Premonition: Thermodynamics and Memories of the Future

Toward the outset of the most recent pairing of two-part episodes to air during Season 9 of the BBC's ongoing sci-fi dram Doctor Who, the program's  grizzled and sagely protagonist, portrayed by the brilliant Peter Capaldi, presents an interesting notion to his companion Clara Oswald (Jenna Coleman). As his character shares a glance with actress Maisie Williams, of recent Game of Thrones fame, Clara asks The Doctor why, precisely, he is staring at the girl.

“Too much time travel," he tells her. "It happens.”

“People talk about premonition as if it's something strange. It’s not. It’s just remembering in the wrong direction.” 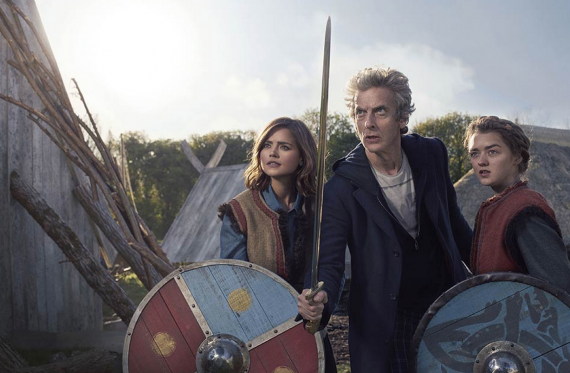 Admittedly, it is for such simple profundities, often mentioned in passing, that I have grown to relish Doctor Who, although in this case, the idea expressed is indeed one I have often revisited myself. Here, it is the case especially since I included a chapter in my book, The UFO Singularity, which I titled "The Operators: Memories of the Future."

Indeed, the concept of having a "memory" of the future may sound more like a matter for the ESP researcher than one seeking strange lights in the sky, as it would seem to entail the presence of a "premonition," as even the Doctor called it. I chose to address this in my aforementioned book based in part by a set of observations Stephen Hawking addresses in his book, A Brief History of Time, specifically in relation to what he (and others) have called “The Arrow of Time,” and how thermodynamic principles relate to human perception of time and memory. In the relevant portion of the book, he compares the human mind to how computers create and store information, and the way that entropy governs the unequal relationship between energy spent, and order created within the universe:

Before an item is recorded in a computer’s memory, the memory is in a disordered state, with equal probabilities for the two possible states… after the memory interacts with the system to be remembered, it will definitely be in one state or the other, according o the state of the system… So the memory has passed from a disordered state to an ordered one. However, in order to make sure that the memory is in the right state, it is necessary to use a certain amount of energy… this energy is dissipated as heat, and increases the amount of disorder in the universe. One can show that this increase in disorder is always greater than the increase in order of the memory itself. Thus the heat expelled by the computer’s cooling fan means that when a computer records an item in memory, the total amount of disorder in the universe still goes up. The direction of time in which a computer remembers the past is the same as that in which disorder increases.

Our subjective sense of the direction of time, the psychological arrow of time, is therefore determined within our brain by the thermodynamic arrow of time. Just as a computer, we must remember things in the order in which entropy increases.

I have always found this analysis to be very philosophical, though to be clear, the primary difference between the philosophically logical approach, versus that of the physical sciences, is that the latter combines such an understanding with mathematical equivalents that help construct a discernible, and predictable set of criteria for future observations. Philosophy, while doing some of this, lacks the equational counterpart... but in essence, I still find the "philosophy" of time perception as interesting as the ongoing unraveling of science applied to thermodynamic laws, and how they govern what we are, and how we perceive the universe.

Briefly returning to Hawking, he further asserts that, "This is the explanation of why we observe that the thermodynamic and cosmological arrows of time point in the same direction. It is not that the expansion of the universe causes disorder to increase. Rather, it is that the no boundary condition causes disorder to increase and the conditions to be suitable for intelligent life only in the expanding phase.”

Hawking's notions expressed here presented an interesting thought experiment to me at the time I had been writing The UFO Singularity, which I chose to outline at the time, and of which I will excerpt a brief portion below:

In the event that certain aspects of entropy could be reversed or nullified, and more specifically, through technology that changed these sorts of things relative to an individual, how would such a being be capable of perceiving time? If a physical being could harness the literal ability to prevent the entropic processes that govern their perception of time and overall longevity—in other words, if they could achieve immortality—then how might their perception of time change, or would it?

This is interesting to me in retrospect, and only in a coincidental fashion, since the episode of Doctor Who in question not only deals with The Doctor's own "premonition" of Maisie Williams' character, but of the further fact (wait... I should drop a spoiler alert... okay, you've now been warned!) that her character goes on to achieve immortality resulting from her interactions with The Doctor. Yes, I realize that has little to do with our discussion of remembering the future... or does it?

Another brief excerpt from my book, in which I discuss the effects of entropy on cognition, and what it has to do with immortality:

In truth, immortality alone may not be enough to do the trick. The physical processes underlying cognitive activities expend far more energy, and thus increase universal disorder, than the order that is achieved by functions of the mind such as creating a memory. What we would need, in addition to technology that would aid the reversal of entropy’s influence on the physical body, would be more efficient processes that could similarly influence entropic influence on human cognition.

When Williams' character is miraculously healed (alert: more spoilers) by The Doctor in the episode titled The Girl Who Died, we might presume (had this scenario been unfolding in real-life, rather than in the Whovian universe) that the reparative alien technology The Doctor uses to resurrect her not only constantly repairs her body, but might also restore cognition in ways that similarly evade entropic forces. In theory, the resulting effect might be that Maisie Williams' character not only becomes immortal, but also becomes capable of cognition that may not conform to the laws of entropy like you or I would... in effect, she becomes precognitive, in that her memory capacity might extend to future events, as well as those occurring in the past, thanks to the removal of natural entropic governance over her biological self.

We're just spitballing here, and of course, while it's nice to toy around with the idea of how entropy might govern the effects of memory, we might also derive more intellectual benefit from applying this to real life, and not just science fiction. In other words, to engage in one final speculative thread of thought experimentation, could it be that people's claims of prescience and premonitions actually have something to do with entropic laws, and aspects of the way they affect human memory in ways yet to be fully understood? Conversely, could our understanding of the laws of thermodynamics effectively remove all possibility that the future can be remembered... hence nullifying the possibility that precognition exists?

In my own humble opinion (always erring to the side of the scientific, though with full knowledge of humanity's incomplete catalogue of universal mechanics), I would have to weigh one of these two final conclusions over the other. As to which one I would choose, well... all I can really say is, "Who knows." 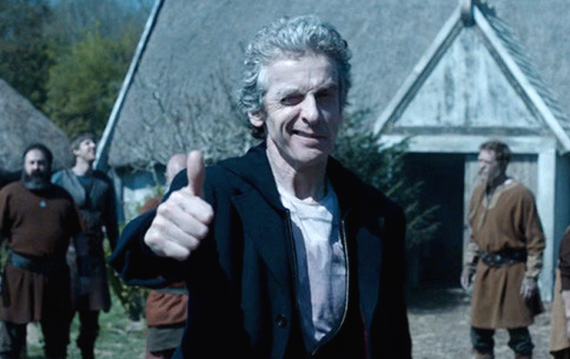 Unforgettably Eerie: Blackouts, Amnesia and the Loss of Oneself