In a new article at his UFO Conjecture(s) blog, titled "The August 21st, 1955 Hopkinsville UFO event (and then some)," Rich Reynolds says the following: "My Facebook pal Greg Newkirk is obsessed with the Sutton family's 1955 alleged encounter in Hopkinsville, Kentucky with creatures ostensibly from a UFO landing or crash. The fascinating and 'authentic' event, according to many UFO buffs, is given a Wikipedia entry that opens thusly."

Rich offers the following extract from the relevant Wikipedia page: "The Kelly–Hopkinsville encounter, also known as the Hopkinsville Goblins Case, and to a lesser extent the Kelly Green Men Case, was a series of incidents of alleged close encounters with supposed extraterrestrial beings. These were reported in 1955, the most famous and well-publicized of which centered on a rural farmhouse, at the time belonging to the Sutton family, which was located between the hamlet of Kelly and the small city of Hopkinsville, both in Christian County, Kentucky, United States.

"Members of two families at the farmhouse reported seeing unidentifiable creatures. Other witnesses attested to lights in the sky and odd sounds. The events are regarded by UFOlogists as one of the most significant and well-documented cases in the history of UFO incidents, and are a favorite for study in ufology. UFOlogists have claimed it was investigated by the United States Air Force, although no evidence of an investigation has been found."

As for Greg Newkirk's extensive article to which Rich is referring, you can find it at Week In Weird, and it starts as follows. In Greg's own words: "In June 2012, I was contacted by a frightened man who claimed that a group of small, three-toed creatures were emerging from a mine shaft and terrorizing his rural Kentucky home. After sending us photographic evidence of the creatures and asking us to investigate the case, he eventually fled his property. The appearance of the creatures bore a striking resemblance to a well-documented case from 1955, during which a farmhouse in Hopkinsville, Kentucky was besieged by 'goblins' from outer space in an encounter that went down as being one of the most credible, well-documented cases of extraterrestrial contact."

Over the years a great deal has been written on the matter of the odd, little creatures that caused so much mayhem and terror back in 1955. There is, however, one aspect of the story that has largely been overlooked. It's an aspect which links none other than the CIA to the controversial case. The story appears in the pages of H.P. Albarelli, Jr.'s book, A Terrible Mistake. Its subtitle: The Murder of Frank Olson and the CIA's Secret Cold War Experiments. A huge book, it runs to in excess of 800 pages and was published in 2009.

The book obviously focuses primarily on the still-controversial death of Army biochemist Frank Olson. He "fell" to his death from a New York City hotel-room window in November 1953. It's intriguing to note, however, that Albarelli's book includes data on several UFO cases that may have had links to MKUltra/"mind-control" operations, such as the Betty and Barney Hill abduction of 1961, and the Hickson-Parker incident at Pascagoula, Mississippi, in 1973. All of which brings us back to the Kelly-Hopkinsville controversy.

Albarelli's book reveals that at some point in early 1956, the CIA asked a certain individual to "discretely investigate events surrounding an unidentified-aerial object and related phenomenon witnessed in the skies and on the ground in Kentucky." Albarelli confirms that the case described was the Kelly-Hopkinsville affair. As for that certain individual who was tasked with investigating the case for the CIA, it was a man named John Mullholland.

In case you don't know, Mulholland was quite a character. Born in 1898, he was a very skilled magician and the author of a number of books, including The Magic and Magicians of the World, The Early Magic Shows, and The Magical Mind - Key to Successful Communication. Then there was Mulholland's The Official CIA Manual of Trickery and Deception. Yes, you did read that right. For more than twenty years, Mulholland ran The Sphinx magazine. It was first published in 1902 and came to an end in 1953, when Mulholland announced the magazine was going to close due to his ill health. Admittedly, Mulholland was not in good shape (stomach issues and ulcers plagued him), but the real reason was that he had been offered a secret, prestigious position with the CIA. It was an offer Mulholland did not turn down. 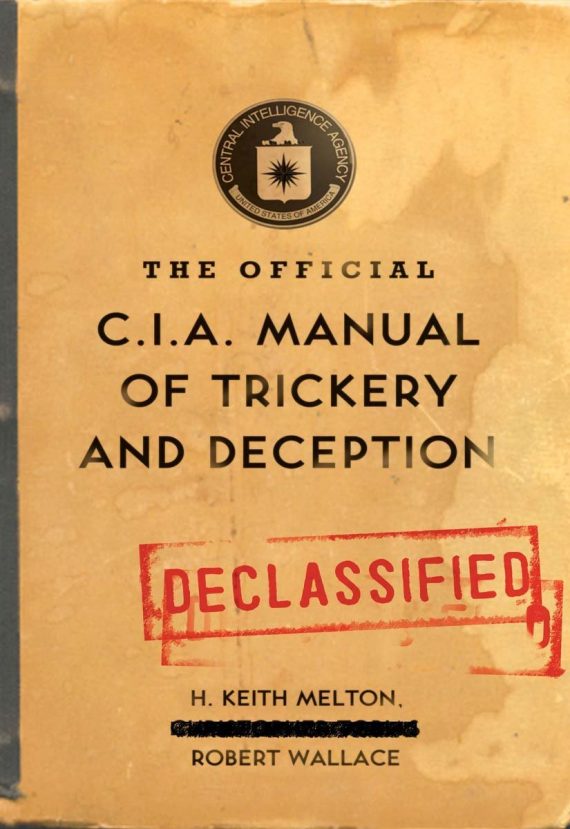 It must be stressed that although Albarelli's book includes about a page-and-a-half on the Kelly-Hopkinsville controversy, he notes that so far we don't know the outcome of Mulholland's investigation of the mystery, or if any reports or documentation exists. However, given the new interest in - and commentary on - the case, maybe it's time for someone to do a bit of detective work and dig deeper into this matter of the Kelly-Hopkinsville Goblins, the CIA, and magician-turned-"secret-agent" John Mulholland. Maybe something interesting will surface.