This past weekend I spoke at the annual MUFON New Mexico gig, which was held at the Cleveland High School, Albuquerque. It was an excellent event, for which around 350 people turned up. The speakers were myself, Nick Pope, and John Alexander. The conference theme was: " What Does the Government Really Know?" As many of you may be aware, between 1991 and 1994, Nick Pope worked in an office of the British Ministry of Defense that handled UFO reports - chiefly from the British public and with a much smaller percentage originating with the military, airline pilots, and the police.

John Alexander's bio, in part, reads as follows: "Dr. John Alexander has a long history of traveling a fine line between traditional science and studying various phenomena. He has been judicious in applying a scientifically-trained, critical eye while personally encountering many situations that defy conventional explanations. While in the military he formed an ad hoc inter-agency group to study aerial phenomena (UFOs). This is a little known aspect of his work as the group insured no paper trail existed that could be traced by outsiders."

Things began in fine fashion on the Friday night, with an excellent dinner - all thanks to John and Susan LeMaster. As is often the case at such dinners, new friendships were made, old friendships were rekindled, and a lot of fascinating chatter went on. As for the event itself, it went down very well. In addition to the 300-plus crowd that came to attend the conference, the Albuquerque Journal was there to cover it. And a lot of people who were completely new to the subject, but who wanted to learn more about it, came along.

John Alexander was the first speaker and he gave a fascinating presentation that covered some intriguing areas. He's a man with a notable background, as his Wikipedia page notes: "He enlisted in the Army as a private in 1956, and retired as a Colonel in 1988. He graduated from the University of Nebraska (BGS, Sociology) in 1971; from Pepperdine University (MA, Education) in 1975; and from Walden University (PhD, Education) in 1980. Commander, Army Special Forces Teams, US Army, Thailand, Vietnam, 1966-69. Chief of human resources division, US Army, Ft. McPherson, GA, 1977-79. Inspector general, Department of Army, Washington, 1980-82. Chief of human technology, Army Intelligence Command, US Army, Arlington, VA 1982-83. Manager of tech. integration, Army Materiel Command, US Army, Alexandria, VA, 1983-85. Director, advanced concepts US Army Lab. Command, Aldelphi, MD 1985-88."

John made it clear that during the course of his career he came across more than a few people in the world of military, government, and intelligence who had personal interests in the UFO phenomenon. He never, however, came across any evidence for the existence of a deeply hidden, super-secret group along the lines of the so-called "Majestic 12" or "MJ12." It should be noted, though, that John is not skeptical about the existence of UFOs. It's the matter of what the government knows - or doesn't know - that he takes issue with. In the Q&A after the presentations, John and I were in agreement that the UFO phenomenon appears to have the ability to manifest according to the perceptions, beliefs, and pop-culture imagery of the people of different eras. We're talking about 19th century phantom airships; 20th century Foo Fighters, Ghost Rockets and Flying Saucers; and 20th and 21st century Flying Triangles.

As for Nick Pope, he gave an overview of the British Ministry of Defense's role in the UFO subject, its UFO history, and its reasons for looking at UFO reports. Some of the more notable and thought-provoking cases were discussed - including various reports of the aforementioned "Flying Triangles," a subject taken very seriously during the time Pope was handling UFO reports for the MoD. Echoing John Alexander with his views on UFOs and the US Government, Pope does not believe that any arm of the British Government, MoD, or military is sitting on a crashed UFO or several. He does admit, however, that the MoD has received more than a few notable reports over the years and decades. Pope also revealed the MoD has found another 18 UFO files that should be coming up for declassification in the near future.

My lecture on the Men in Black was, in part, on the history of the phenomenon - dating back to the likes of Albert Bender and Gray Barker. But, it was also based around showing the audience how and why the truly weird MIB have nothing to do with any government. They are far stranger. As I told the audience, real-life equivalents of Will Smith and Tommy Lee Jones are the very last things the MIB are. "Non-human" would be far better terminology. 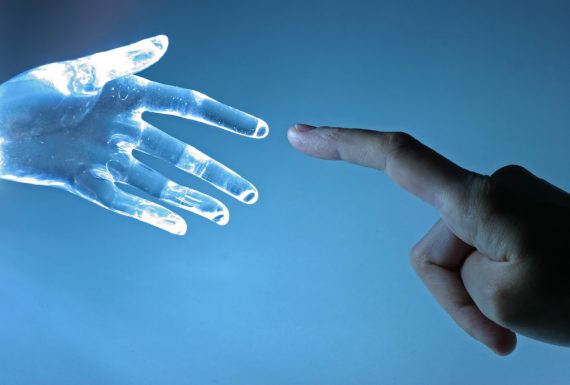 There was a lively Q&A session, too. It followed the lectures and covered such issues as SETI, UFO Disclosure, alien-human hybrids, synchronicities, Bigfoot, and more. And then there was the day after. Definitely one of the stand-out events was a Sunday morning visit to the home of UFO researcher/author, David Marler - which all of the speakers, organizers, and helpers attended. David has a massive (and I do mean massive) collection of UFO books, magazines, periodicals, memorabilia, UFO collections from various old-timers from Ufology, and an incredible body of material on the Contactee movement, and much much more, too - including a garage full of filing-cabinets filled with things like old newspaper clippings, rare journals and way more. First issues of both Fate and Gray Barker's Saucerian are on display, too.

David also has a couple of items of note for those interested in the "Flatwoods Monster" saga of 1952 - including one publication which has a 3-page hand-written statement from Kathleen May, one of the original witnesses to the monstrous thing. Then there is an old "gate clearance" card for access to the Roswell base way back when, and which is contained in David's collection. The signature on the card is that of Major Edwin Easley. As Provost Marshal, he was one of the central figures in the Roswell crash saga and who gave a very carefully worded statement on the incident to Roswell researcher Kevin Randle more than a few years back. And then it was all over, and all too soon. As is so often the case with such events! But, there will be a 2016 gig, and so if you missed this one, I would urge you to go along next year. You won't be disappointed.

The Jackalope May Be Alive and Living in Canada