For decades now, a countless number of credible reports of massive, blimp-like UFOs have flooded the pages of UFO sites and other media. Triangular in shape, the aircraft are reportedly massive in size, and are described as being capable of moving slowly and silently overhead, often at a strikingly low altitude.

Interest in these so-called "triangle UFOs" led to the National Institute for Discover Science (NIDS) to issue a report in 2002, in which the authors posited that the United States Air Force had been operating these craft, a position which the group later refuted in 2004. Speculation about these aircraft as being some variety of surveillance or transport craft have led to other theories as to their origin, which includes such alleged projects as the TR-3 Black Manta, another purported USAF surveillance craft. 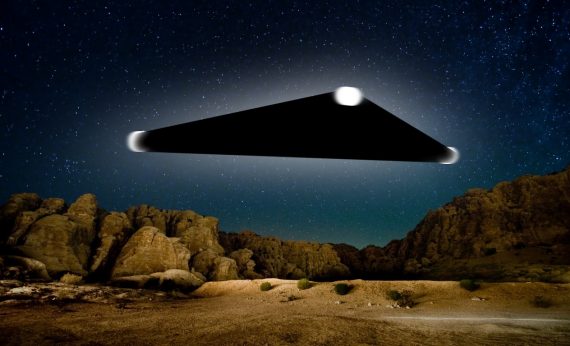 In likelihood, there are a number of black projects in the works which may account for various stealth aircraft, even those which appear to be massive in size. But in the coming years, we may be seeing more and more large, blimp-like objects in the skies above us, though instead of being evidence of black projects, these are really more likely to be evidence of wealthy holiday-goers.

The Telegraph recently featured designs for a $330 million project called "Halo", a prospective airship which its creators assert shall be "the ultimate holiday home." More akin to a floating fortress, the massive airship structure could be more easily likened to being a small city in the sky.

"The project has been conceived and tested by Andrew Winch Designs, a longstanding London-based studio that has contributed to the design and development of some of the world’s largest superyachts, private jets and homes and, though the outlandish renderings of Halo may appear fanciful, the firm claims the inaugural airship could be airborne within a decade of the first order. A 266ft-long prototype flew in 2013 and has received certification from America’s Federal Aviation Administration."

Winch's designs for the monstrous floating luxury home can be viewed at his website.

Surprisingly, descriptions of similar-sounding aircraft to that of Winch's luxury airship have appeared in recent months. For instance, late last year a number of reports of large, blimp-like aircraft were reported over southern California, a location renowned for its history with unusual airship reports. One SoCal resident named Jason sent along the following observation in September of last year:

[M]y girlfriend noticed two flashing white lights ascend from behind a range of hills approximately 70 miles to the south of where we stood. One was leading, and the other was following. In fact, it was pacing the first one so perfectly, it was as if it was attached to the first one by a tow rope.

The longer we watched as they straightened out and approached us, the stranger they looked. No sound, no wings, just gigantic blimp-shaped objects with one flashing white light at the “nose”.

They floated pretty fast, too fast and large to be blimps, and as they passed us directly overhead, you could make out their slightly off-white color in the flashing of the lights. They looked kind of worn. Older.

The strangest thing was that, as they continued to float past, one after the other released a single cluster of bright blue lights from their “tail” ends. No sound, definitely not blue ice. These lights were clustered and almost plasma-like in appearance. They were ejected directly over the center of town. They only stayed lit for a second before disappearing mid-air in the blink of an eye. 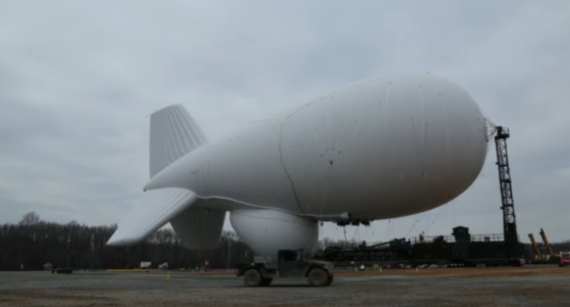 It has been suggested that the object described here resembled the Raytheon JLENS, a Pentagon project that's roughly three-times the size of the Goodyear Blimp (to the tune of billions of dollars), and one of which, incidentally, was involved in a tragic snafu over Pennsylvania just recently. Lee Fang wrote of the incident at The Intercept, describing "what may be the most bizarre and public crash of a multi-billion dollar Pentagon boondoggle ever," telling of how the JLENS blimp, "flying over an Army base in Maryland broke loose Wednesday afternoon, its 6,000-foot long tether wreaking havoc on the countryside before it finally came down in pieces in Pennsylvania."

So if the future of luxury homes is indeed destined to be in the airship business, perhaps there are lessons to be learned here; these are lessons which, rather obviously, the folks at the Pentagon have had to learn the hard way.

The Black Thursday Incident: A Strange Brush With An Aerial Anomaly