UFO Over Ohio Cemetery May Be Searching for ET Graveyard

When an extraterrestrial dies on Earth and can’t be taken back to the home planet, where do the mourning ETs bury their friend? Would you believe … Ohio? A UFO was spotted recently over a cemetery in Chillicothe, Ohio. Were the occupants paying their last respects?

According to the MUFON report, two witnesses saw a “rounded triangle” UFO pass overhead on October 10th while taking nighttime photos at the Grandview Cemetery in Chillicothe, a city in southwestern Ohio. The object was silent and the metallic base reflected lights from the city. Unfortunately, it was moving too fast for either of these photographers to capture a picture.

Was this UFO visiting the cemetery? It wouldn’t be unusual. On September 8th, 2015, a UFO was spotted hovering over a cemetery in Sarasota, Florida. The object was low enough for the witness to look into a window and see what was described as a bald man looking at the ground under the light cast from the object. In 1967, two teenage boys reported a UFO hovering 200 feet above the Mount Pleasant Cemetery in Edmonton, Alberta, where a caretaker later found strange marks on the ground. 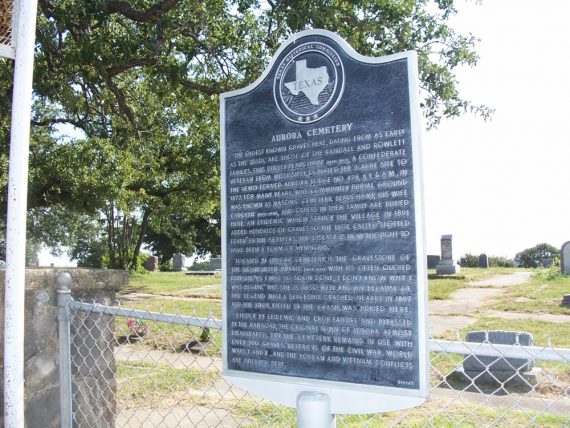 Would ETs bury their dead in a human cemetery? It seems more likely that humans would bury aliens in the same place they lay their own to rest. That was the case in Aurora, Texas, in 1897 when a UFO allegedly crashed nearby and the residents buried the pilot “with Christian rites” in the nearby Aurora Cemetery where a marker commemorates the incident. Strange skeletons attributed to aliens have been found in cemeteries around the world, such as the elongated skulls discovered in the 1000-year-old El Cementerio in the state of Sonora in Mexico, an area where humans were not known to practice cranial deformation.

Getting back to Ohio, why would a UFO pass over a Chillicothe cemetery? Perhaps because it’s just 70 miles from Wright-Patterson Air Force Base in Dayton where there have long been rumors of dead aliens being kept in storage. Have any of those bodies or remains been buried? Was the UFO detecting their presence but not an exact location? Was it hoping that Earthlings would have the decency to treat their dead comrades with respect and bury them in a proper place?