Eileen Gallagher is a woman I first spoke with a number of years ago. She relates how a friend of hers – Janice Tompkins – underwent some sort of very traumatic, late-night encounter with what can only be termed a British Bigfoot. The location was the picturesque English village of Child’s Ercall and the time: the early 1970s. Situated in north Shropshire, Child’s Ercall has origins that date right back to Celtic times and its church – St. Michael’s - to the 12th Century. But, in all of its many years, the village surely never before, and maybe never since too, encountered such a strange beast as that in the tale told to Eileen by her childhood best friend.

So the story went, it was back in 1971, and Janice was fifteen at the time, and living in a nearby village. Something abominable was about ready to radically upset the usual tranquil calm of old Child’s Ercall. After an evening spent with her then-boyfriend at the home of his parents in Child’s Ercall, Janice was happily riding her bicycle back home when she was shocked to see a large, hairy animal dash across the road directly in front of her, while simultaneously glaring at her in a distinctly menacing fashion as it did so. Eileen Gallagher recalled that Janice told her that the animal was no more than forty feet in front of her, was human-like in shape, was covered in long flowing dark hair, possessed a pair of bright yellow eyes that "twinkled," and had a black-skinned and "shiny" face. 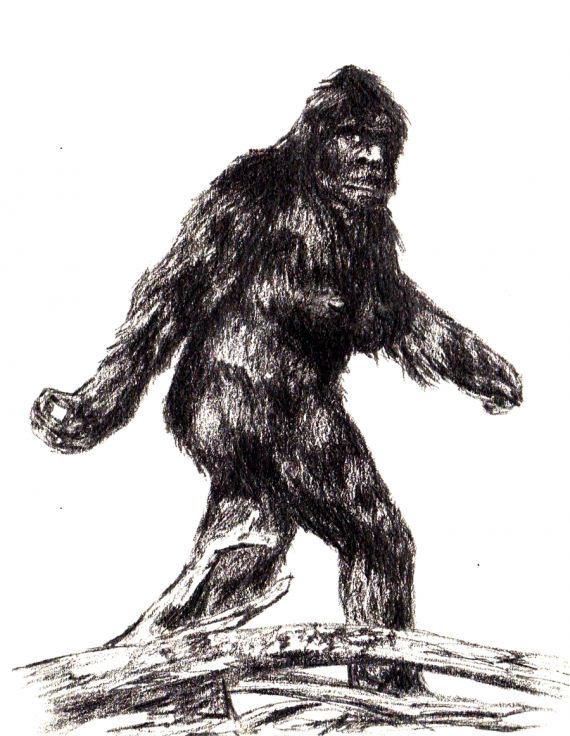 Rather bizarrely, the Bigfoot-style entity seen by Janice in Child’s Ercall was not the only weird creature said to have inhabited this otherwise utterly normal and pleasant little English village in times past. Legend has it that centuries ago a deadly mermaid was believed by many to inhabit an old pool there. In 1893, the writer Robert Charles Hope described the story as follows:

"…there was a mermaid seen there once. It was a good while ago, before my time. I dare say it might be a hundred years ago. There were two men going to work early one morning, and they had got as far as the side of the pond in [a] field, and they saw something on the top of the water which scared them not a little. They thought it was going to take them straight off to the Old Lad himself! I can’t say exactly what it was like, I wasn’t there, you know; but it was a mermaid, the same as you read of in the papers. 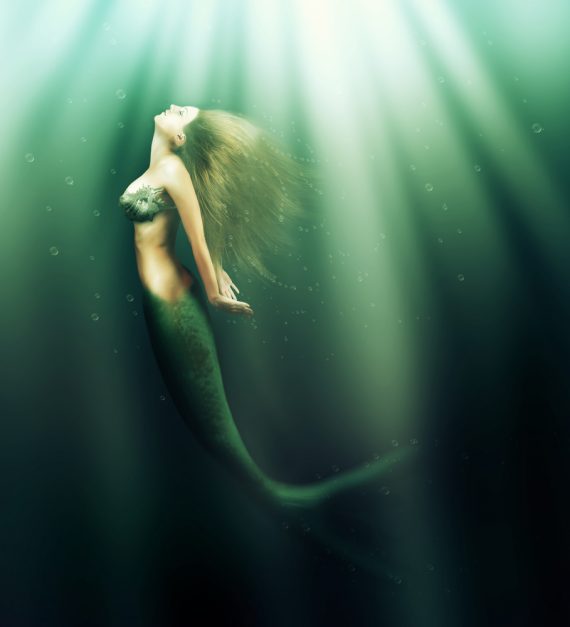 "The fellows had almost run away at first, they were so frightened, but as soon as the mermaid had spoken to them, they thought no more of that. Her voice was so sweet and pleasant, that they fell in love with her there and then, both of them. Well, she told them there was a treasure hidden at the bottom of the pond - lumps of gold, and no one knows what. And she would give them as much as ever they liked if they would come to her in the water and take it out of her hands.

"So they went in, though it was almost up to their chins, and she dived into the water and brought up a lump of gold almost as big as a man's head. And the men were just going to take it, when one of them said: 'Eh!' he said (and swore, you know), 'if this isn't a bit of luck!' And, my word, if the mermaid didn’t take it away from them again, and gave a scream, and dived down into the pond, and they saw no more of her, and got none of her gold. And nobody has ever seen her since then. No doubt the story once ran that the oath which scared the uncanny creature involved the mention of the Holy Name."

In view of all the above, should we consider Child's Ercall to be something akin to one of John Keel's so-called "Window Areas?" Maybe.