Adding Up the Negatives: Logic, Belief, and the Unexplained

When it comes to the study of the unexplained, it's important to remember the time-tested adage that in life, two negatives do not equal a positive, and nor do two wrongs equal a right.

Yet when it comes to the analysis of things deemed "unexplained," "supernatural", "paranormal," or whatever else they may be called, so often it seems to be the case that this is the general approach most would ascribe to.

Think about it for a moment: ever since the late 1940s, when reports flying objects of that seemed to defy the laws of physics began to surface, even the U.S. Air Force had, at times, considered whether this indicated life from other worlds visiting our own. Even today, this is the premise that is most widely accepted by believers in UFOs: that the best the phenomenon has to offer represents something so advanced that it simply couldn't be anything of ours... therefore, it must be alien. The assertion is often made, and yet in every case, without any physical data to support the reality of alien life visiting Earth.

Granted, there is plenty of data that has been gathered about unidentified flying objects over the years. Still, the majority of the cases that form the basis of this literature can be discounted as various prosaic phenomenon; but amidst the debris scattered by critical examinations over the years, perhaps there are still a few gems. But what do any of these "gems" offer that can prove the existence of alien life?

Even if we were to assert that we had decent, anecdotal data supporting advanced aviation technologies in our midst, this information, however tantalizing, seems to fall short of explaining the "reality" asserted by many: that aliens are regular guests dropping by to visit our little space-time mud ball.

As science continues the search for alien life in our universe, many UFO believers have become content with this explanation for the phenomenon... which brings us back to our initial premise that, "in life, two negatives do not equal a positive." 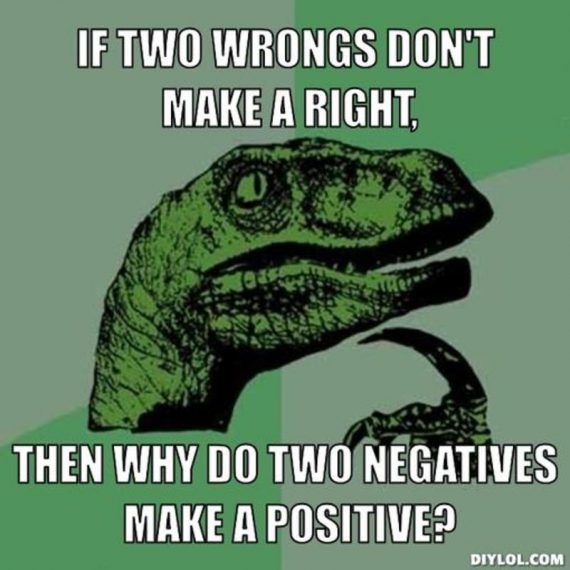 In other words, when no actual proof of alien life can be offered, then maybe it doesn't form a sound conclusion upon which to base our attitudes about UFOs.

Even when it comes to serious, scientific discussion about these sorts of unexplained phenomena, I often notice that there are similar, though very obvious leaps in logic that are made in this way just as well. One website I visited recently, which was devoted to a scientific approach to various earthly phenomenon, proclaimed that with the betterment of our understanding of ball lightning, "we now have a natural phenomenon that can explain the UFO enigma."

This is a rather dubious statement in my mind, and for a number of reasons. While much of the literature pertaining to UFOs can, and certainly does fit the criteria of ball lightning, it might be a bit of a stretch to presume that all UFO reports can be explained through our understanding of this phenomenon. And yet, this had been the very premise which (initially) had been presented by arch-UFO debunker Phillip J. Klass, in his effort to create an argument against UFOs. Rather than taking the simpler, more skeptical approach that there was simply no phenomenon at all, in his early years even Klass fell into the doubtful realm of offering one unknown as an explanation for another, by supposing the mysterious UFO reports could be explained by an equally mysterious, and at times rather dodgy natural phenomenon (remember that, decades ago when Klass presented the ball lightning theory, there was far less known about the phenomenon than what science has helped us determine today).

The same website I mention above went on to say that, since high-energy electric fields have been shown to produce hallucinatory effects in the lab, specifically with the research of Michael Persinger, the ball lightning theory similarly can be used to explain claims of alien abduction. To this, I would ask why more lightning strike survivors don't report encounters with alien beings; after all, a lightning strike would have to present an electrical energetic potential similar to that of a self-contained, luminous orb of lightning, right?

Here again, we see an attempt at explaining a broad range of purported phenomenon with a variety of natural phenomena for which there is no evidence to support any connection. This might be different if ball lightning could easily be produced in the laboratory (we're getting close, by the way, but still not on par with what we see in nature), and if test subjects in close proximity to the ball lightning suddenly entered hallucinatory states in which they claimed to see aliens. However, that's just not the case.

Any number of similar unexplained phenomena have been treated this way, both by those purporting to offer "good science", as well as those asserting blind faith thinly disguised as logic. Monuments of the ancient world seem to defy the known methods of construction used by ancient people... therefore aliens. Ghosts are obviously spirits of the dead, right? And yet, last time I checked, I don't recall there ever being a concerted effort to round-out our ideas about what a "spirit" or a "soul" was, at least beyond our religious traditions around the world.

It is for statements like these that some have asserted that I am a "disbeliever," or that I am one of those who has built up the proper balance between ignorance and arrogance to qualify for being a skeptic of the "denialist" camp. However, instead I argue that if we are to understand phenomenon around us, we must apply a certain level of epistemological thought to such matters; in other words, how do we know what we know (or what we think we know)? To question whether a "ghost" is truly some evidence of the spirit-self is not meant to be taken as an attack on religion... but since it questions the foundations upon which many aspects of religion appear to hinge, it might be perceived that way by some.

In equal measure, a scientist whose assertions that ball lightning can "explain" UFOs might feel that for one to point out the dubious associations between the two can only mean one alternative: "this guy thinks they're aliens" (I've actually had this attitude taken against me more than once, wrong though the assertion actually was). To the contrary, if we are hoping to be truly scientific, we simply need better data than what either of these hypotheses can offer, in relation to "explaining" the broader UFO phenomenon and its constituent parts.

I don't advocate negativism here by any means (that is, to be skeptically inclined in such a way that no positive alternatives are offered, as many in the skeptical community can tend to be). However, sometimes it is beneficial to be able to recognize the negatives for what they are when they arise; and remember, lumping two or more of them together will not make them a positive!

Spontaneous Combustion and the FBI, Pt. 2