Annabelle Lee, and the Mysterious Death of Edgar Allan Poe

Among the themes explored in poetry and literature, perhaps none compare with the romantic tragedy that accompanies the death of a young, beautiful woman. Whether death through sacrifice, or simply as a result of fate that claimed a life too early, this theme remains preeminent amidst famous literary offerings, particularly in the western world.

Edgar Allan Poe had been particularly fascinated with the theme, and no doubt resulting from his own experiences with loss of loved ones. The motif appears in what is arguably his most famous poem, "The Raven," as well as his last published work, the tragic tale of "Annabelle Lee," whose widowed husband offers his sorrow as a testament while mourning over her sepulcher by the ocean.

The poem's origins are as steeped in mystery as that of Poe's own life, and particularly, its curious, tragic ending. For instance, one telling of the poem's publication holds that during the events leading to Poe's death, when he was discovered in Baltimore in a dazed, distressed state, a rough copy of the poem had been discovered in one of his pockets, although it was reported that the clothes he had been found wearing were not his own. Hence, while this element adds a touch of allure to the tale of Annabelle Lee, it may likely be apocryphal; nonetheless, the circumstances surrounding Poe's death have never fully been understood, and it remains true that "Annabelle Lee" had been Poe's last completed poetic composition.

Analysis of the poem's origins generally focuses on the possible women in Poe's life that might have inspired it, ranging from his mother, to the more likely notion that his late wife Virginia had been the primary interest in question. However, another thread to the story's origins may stem from a peculiar legend about one of America's oldest cities, which Poe is known to have visited.

Charleston, South Carolina, is a location that Poe is known to have visited briefly while stationed there (in likelihood, this had been at Fort Moultrie on Sullivan's Island) while serving in the army in 1827. A local legend tells a remarkably similar story to that of Poe's tragic maiden, where the daughter of a wealthy Charleston man named Annabelle Lee is forbidden from seeing a young sailor from Virginia. The two continue to meet in secret, setting their rendezvous amidst the sprawling foliage of the Unitarian Cemetery in Charleston's downtown area.

The legend tells that while the pair continued to meet, on one occasion Annabelle Lee's father had grown suspicious enough to follow her, and learning of their secret meetings, confronted the two and forbade her from leaving again to meet the sailor. Shortly after the imposition of her house arrest, Annabelle Lee became stricken with yellow fever after being bitten by a mosquito, and died of the illness. In order to prevent the sailor from mourning her death, Annabelle's father had earth from three of the family plots removed, leaving it unclear which of the graves actually contained her body upon burial. Thus, left with no clear idea about her final resting place, her sailor lover was unable to properly grieve over her loss.

There is no direct evidence supporting the idea that Poe's famous poem was indeed based on the Charleston legend, or that he had even heard it while stationed there in his army years. Still, the obvious similarities are noteworthy, and as pointed out by Charleston historian and author Mark Jones, Poe does mention the town of Charleston in a number of his other written works, suggesting that his time there had indeed influenced his later writing. 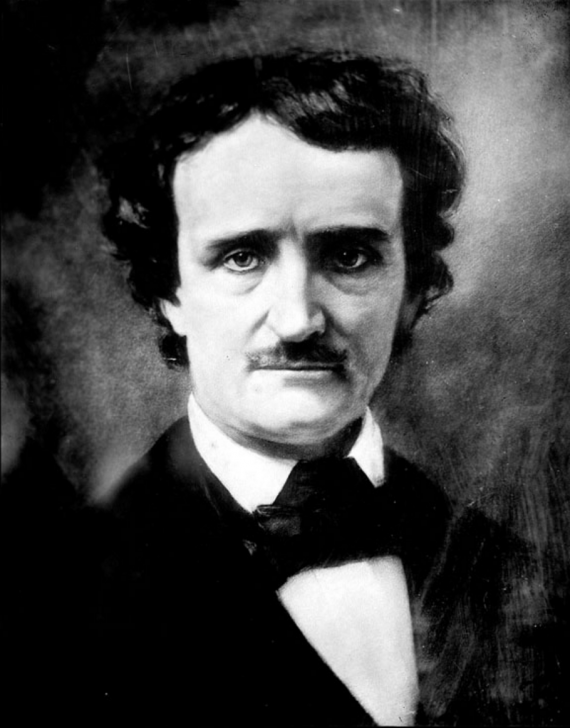 Regardless of the origins of the tale, the circumstances involving its actual publication of "Annabelle Lee" were equally mysterious. Poe had given copies to a number of individuals prior to his death, helping ensure that it would be printed; this begs the question as to whether Poe might have had some limited foreknowledge of his demise, whether by sensing the onset of poor health, or perhaps having had knowledge of other circumstances that might ultimately lead to his death. Of equal interest is the fact that one copy had been sent to Rufus Wilmot Griswold, Poe's chief rival and author of the critical obituary in which "Annabelle Lee" saw its first "unofficial" publication.

Whether or not the poem had in any way been influenced by circumstances in Poe's life which might have contributed to his death remains unclear. While it remains among his most famous poems, its rhythmic, haunting beauty has also been noted as an inspiration among numerous authors to have followed. Perhaps the entire story surrounding the maiden from the kingdom by the sea, and her untimely death, will never be fully known; though few would argue that its mysteries nearly mirror that of the strange tragedy -- and unanswered questions -- involving Poe's own final days.