One minute you’re driving along a beautiful, smooth California road … ignoring your text messages and instead enjoying the beautiful scenery. The next minute the road begins to heave, crack, buckle and bulge (no, that’s not a law firm to call for damages) for no apparent reason. As you speed away, you shout to any geologist within earshot, “What geological phenomenon (or words to that effect) is killing my beautiful road?” The response is eerie silence.

The road is the Vasquez Canyon Road in Santa Clarita, a city in Los Angeles County. On the morning of November 19th, the street was straight and narrow. At around noon, things began to change for the worse on the stretch between Lost Creek Road and Vasquez Way. Within three hours (180 minutes), the road had turned into a undrivable pile of cracks, rubble, heaved pavement and wide holes.

It was still creaking and crumbling five days later. What was going on?

That was the initial analysis of UCLA geology professor Jeremy Boyce after visiting the scene. This being California, earthquake is always the first suspect, but there was no seismic activity in the area. The road was closed (and still is as of this writing) as other experts chased sightseers and skateboarders away from the scene so they could determine the cause.

This isn’t just the road; it’s the mountain itself that’s moving and it’s pushing the road up.

That was the report by L.A. County Department of Public Works spokesperson Paul Funk. Measurements showed that the road had buckled 14.75 feet (4.5 m) in some areas.

Geologist Dave Petley speculated it was caused by a progressive landslide but could not pinpoint the trigger. Vincent Devlahovich, a geology professor from the College of the Canyons, suspected rocks soaked by a number of past rains reached the saturation point and cracked.

While all of the possible causes explanations given by experts on the scene sounded plausible, they couldn't agree on one and no one could explain the sudden speed of the mysterious road destruction that turned it into what one described as …

While locals wait for repairs and a better explanation, they wonder … could it have been something else? 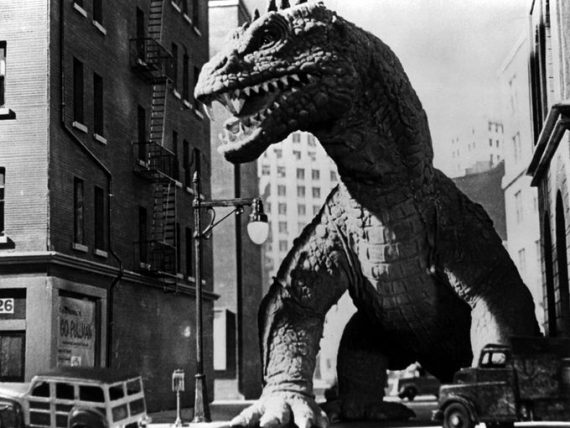