Cube Satellite to Hunt for UFOs and Take Clear Pictures

UFO hunters are about to get an ally in outer space that will be designed exclusively to hunt for evidence of UFO presence and activity on Earth and take pictures of it. What’s even better, the project is being funded not by a government or military-controlled agency but by crowdsourcing. Should aliens hiding on Earth be quaking in their tiny space boots?

The project is called "Cubesat for Disclosure" and was developed by Canadian software engineer Dave Cote, along with design consultant Gianna Young and media expert Mark Richfield. According to the Indiegogo page, the team is united in the belief that “government, military and media have made a strong attempt to discredit the idea of extraterrestrial "aliens"” while secretly studying them.

Funds raised by the crowdsourcing campaign (the goal is $50,000) will be used to place a Cubesat (a miniature cube-shaped research satellite) in low-earth orbit to search for UFOs. The funds will cover the cost of a CubeSat kit (check these out – what a great Christmas gift!), a NanoCam C1U high performance CubeSat camera (they’d really like to have 2 with parabolic lenses for a 360-degree view), a scintillation counter for detecting and measuring ionizing radiation, a VHF downlink / UHF uplink Full Duplex Transceiver for communications and a deployable antenna system.

How will the CubeSat work? It’s pretty simple. When the scintillation counter detects high ionizing radiation levels (which many believe are emitted by UFOs), the camera will take a clear photo of the location and hopefully the UFO. 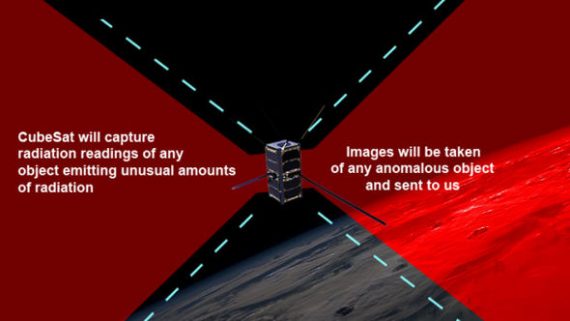 What does Cote expect his CubeSat to find?

Maybe we'll get data readings and pictures of solar-flare caused auroras. Maybe we'll capture images of some very interesting meteors, and maybe we'll actually capture a verifiable craft - all we can do is try.

Even if the Cubesat for Disclosure never finds a UFO, the backer t-shirts are cool. 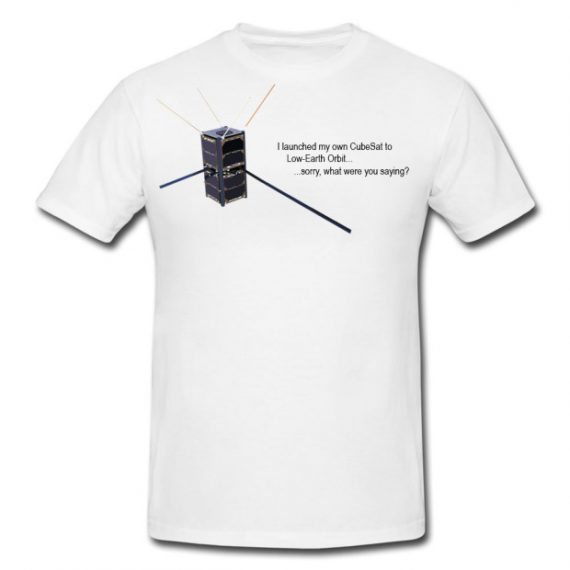