If there’s a volcano, there’s bound to be UFO activity nearby and Mount Etna on the island of Sicily is no exception, with many UFO sightings reported there. Last week, a green cone-shaped UFO was spotted on thermal images entering an active vent of Mount Etna in the pre-dawn hours. Should locals pack their bags and head for the mainland?

Mount Etna is the tallest and most active volcano in Europe, with records and evidence of its eruptions dating back 500,000 years. Its latest period of heightened activity began in 2001.

On October 30th, an unnamed volcano watcher spotted a series of pictures on the Italian National Geology and Vulcanology (INGV) website showing thermal images of a green cone-shaped UFO descending into one of the volcano’s vents from 6:42 am to 6:54 am local time. By 7 am, the UFO was gone. Here’s the sequence (starting with the photo above): 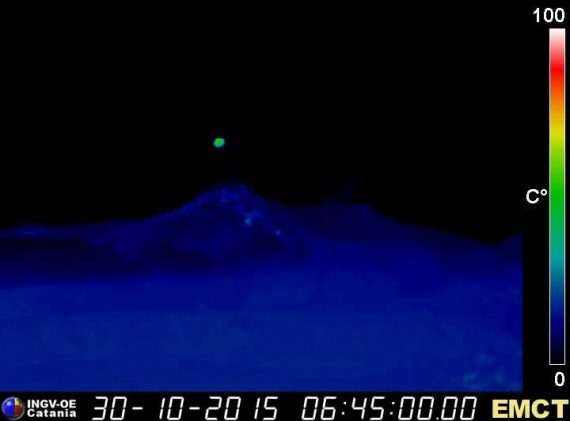 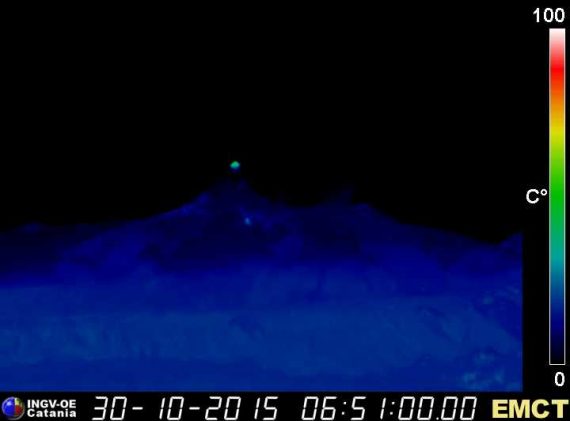 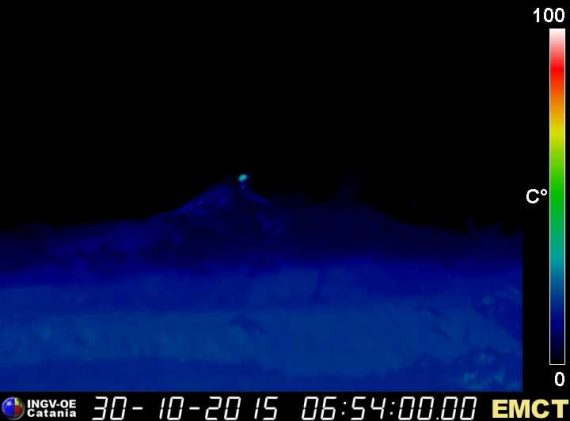 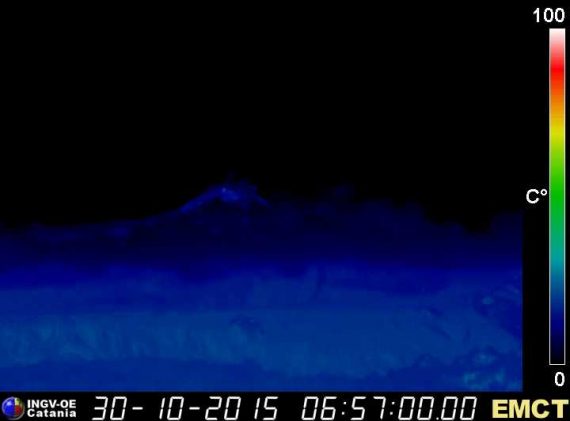 This is only the latest of many UFO sightings at Mount Etna. This orb was seen over the volcano on April 27th, 2013. 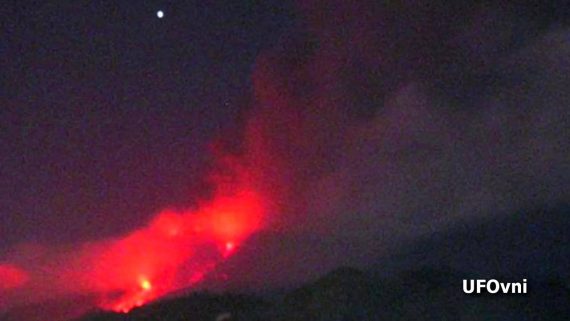 This line of orbs appears to have been taken a few days later on May 1st, 2013. 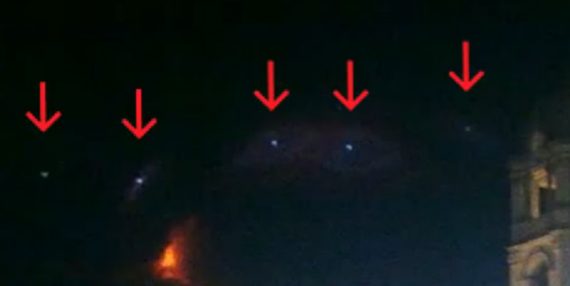 This photo of a black triangle UFO over the volcano was taken on August 13th, 2014. 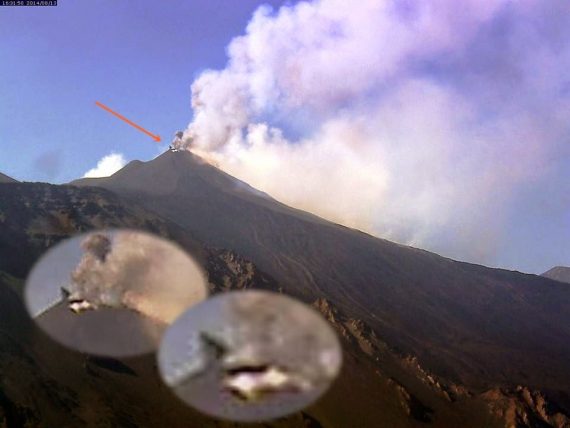 Those are just some of the more recent UFO sightings over Mount Etna. The one on October 30th is significant because it shows a UFO entering the active volcano. Is it trying to prevent an eruption?

That may not be a good thing, since some eruptions of Mount Etna had favorable consequences for the locals. In 396 BC, an Etna eruption may have stopped the Carthaginians from attacking Syracuse during the Second Sicilian War. In 122 BC, an eruption caused such heavy damage to Catania, the Roman government exempted the city from paying taxes for ten years.

Why did the green UFO enter Mount Etna this time? Is someone planning an invasion of Sicily? Should the locals plan for a tax break? If so, it won’t be long before American politicians copy it and start offering “lava tax breaks” … it’s the ultimate trickle down.