H.P. Lovecraft: His Triumph, Tragedy, and Teachings on Weird Fiction

Acclaimed author of horror and suspenseful "weird" fiction, Howard Phillips Lovecraft, has been making a lot of headlines lately; perhaps more so than even the most celebrated authors are able to do posthumously. After all, 2015 would have seen the author's 125th birthday, with Rue Morgue magazine featuring "the old gent" on its November cover, in a special edition aimed at "investigating why his terrifying cosmic horror continues to fascinate readers and fuel writers."

Granted, the headlines haven't all been favorable. This year also marked the removal of Lovecraft's likeness from the World Fantasy Awards trophy following controversy over Lovecraft's openly racist attitudes. The choice in removal sparked controversy, even prompting Lovecraft biographer S.T. Joshi to return his own past trophies to the organization, even calling for boycotts while angrily defending the late author. "If anyone feels that Lovecraft’s perennially ascending celebrity, reputation, and influence will suffer the slightest diminution as a result of this silly kerfuffle, they are very much mistaken," Joshi said in a post on his blog.

Writing for the Atlantic, associate editor Lenika Cruz sympathized with Joshi to an extent, but nonetheless argued about the broader message intended with the choice for removal:

"On some level, Joshi’s frustration is understandable. The nebulous field of weird fiction wouldn’t be the same if it weren’t imbued with the spirit of Lovecraft’s strange, dark creations. And the question of how much to separate a cultural figure from his or her personal beliefs has always been an uneasy one. But Joshi’s claims are myopic. Lovecraft’s removal is about more than just the writer himself; it’s not an indictment of his entire oeuvre. The change is symbolic but powerful—it’s a message to the next generation of writers, artists, and editors that they belong in the genre of science fiction and fantasy."

To separate the two issues, as Cruz discusses, is perhaps the most fundamental concern. We cannot argue Lovecraft's influence on the genres of horror and sci-fi, nor should we, purely as a result of debate over knowledge of his racist attitudes (which, in fact, are hardly any new revelation. Lovecraft scholars have noted for years the xenophobic and racist themes present in Lovecraft's fiction, as well as his personal correspondences). Lovecraft's influence is obvious, as it shall remain to be. Any modern social action involving him - namely the removal of his likeness from the World Fantasy Award trophies - should be recognized as symbolizing a meaningful shift in attitudes today, rather than an attempt to scrub history of one among its countless similar offenders.

Of Lovecraft's literary contributions, few would argue their importance. But what, precisely, can we learn from Lovecraft as an author, and one who discussed strange and terrifying happenings throughout the majority of his fiction contributions? 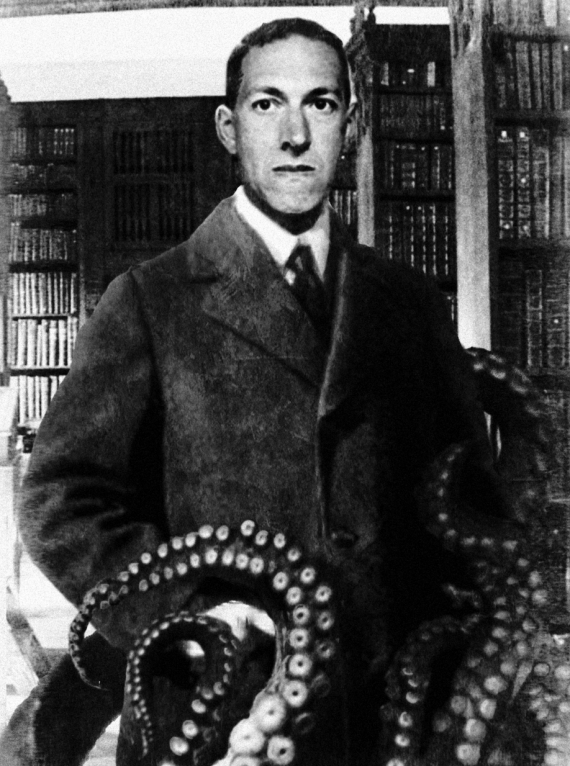 Lovecraft's influence extends well beyond the stories he wrote, and in fact, on a number of occasions Lovecraft similarly offered his thoughts on horror as a genre, both from a critical standpoint, as well as an instructor, of sorts. Arguably, the most important of these latter contributions (and one any aspiring author of horror or science fiction should read) was titled "Notes on Writing Weird Fiction", in which Lovecraft provides an outline of his own methods of building a narrative, crafting a story, and refining it into a completed work.

The entire essay can be found online here, along with a number of Lovecraft's other written works apart from the horror fiction genre. However, in the excerpt below, Lovecraft presents us with the purest essence of the elements that truly make a fiction story a fantastic one, rather than a humdrum example of fiction that fails to convince its readers of the marvels and majesty it describes:

"In writing a weird story I always try very carefully to achieve the right mood and atmosphere, and place the emphasis where it belongs. One cannot, except in immature pulp charlatan–fiction, present an account of impossible, improbable, or inconceivable phenomena as a commonplace narrative of objective acts and conventional emotions. Inconceivable events and conditions have a special handicap to overcome, and this can be accomplished only through the maintenance of a careful realism in every phase of the story except that touching on the one given marvel. This marvel must be treated very impressively and deliberately—with a careful emotional “build-up”—else it will seem flat and unconvincing. Being the principal thing in the story, its mere existence should overshadow the characters and events. But the characters and events must be consistent and natural except where they touch the single marvel. In relation to the central wonder, the characters should show the same overwhelming emotion which similar characters would show toward such a wonder in real life. Never have a wonder taken for granted. Even when the characters are supposed to be accustomed to the wonder I try to weave an air of awe and impressiveness corresponding to what the reader should feel. A casual style ruins any serious fantasy." 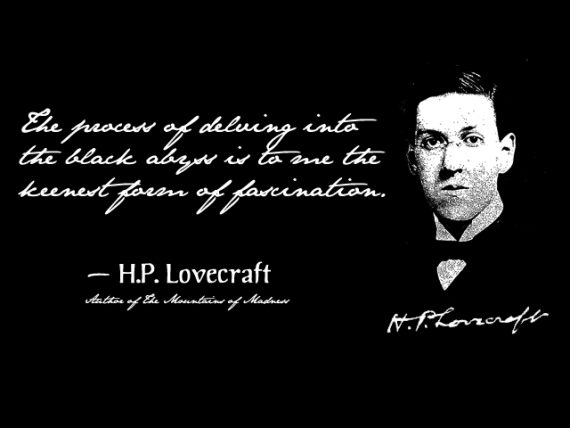 It is a rare circumstance to be able to peer into the mind of a great author such as this, and to be able to perceive an analysis of the style and process in such a detailed way (although, to be sure, there certainly are other works like this to be found, namely Stephen King's On Writing, which presents a similar instructional treatment, in addition to a short autobiography). Here, we truly have an expressive offering on the subject, as Lovecraft himself might have done things while in midst of the writing process.

Ironically, despite his apparent mastery of story-crafting, Lovecraft's opinion of his own role in the broader body of horror literature fell well within the realm of mediocrity. "There will always be a small percentage of persons who feel a burning curiosity about unknown outer space," Lovecraft wrote, "and a burning desire to escape from the prison-house of the known and the real into those enchanted lands of incredible adventure and infinite possibilities which dreams open up to us... these persons include great authors as well as insignificant amateurs like myself."

If one thing can be agreed about Lovecraft, at least with regard to his writing, it is that Lovecraft was no amateur, despite his lowly opinion of his contributions. Arguably, his brand of fiction may have set the precedent for virtually all that would follow him, and his influence on the genre has continued, as it no doubt will for untold future generations of would-be authors and weekend yarn-spinners.

The Beast of Bolton is Back