In Search of the British Griffin, Pt. 2

Part-1 of this article began as follows: "One might be forgiven for thinking that sightings of winged monsters of the bizarre kind only ever occur in the skies over large forests, dense jungles, and remote mountains. Not so. In fact, far from it. In 1984, just such a thing was seen soaring over the capital city of the United Kingdom: London. We're talking about nothing less than a griffin. Yes, you did read that right. The specific location was Brentford, a town situated within west London. The day on which all hell broke loose was hardly of the kind one might expect to associate with a monster. There were no dark and stormy skies, no thunder and lightning, and no howling winds. Instead, there was nothing but a warm, pleasant, sunny day in March."

Long before the bizarre activity that hit London in the mid-1980s, however, there was yet another British griffin on the loose - allegedly, of course. Elliott O’Donnell (1872-1965) was an enthusiastic collector of data on all manner of wonders, including ghosts, shape-shifters, and strange creatures. He was also someone who crossed paths with the English griffin - at least, in print. A prestigious author, O'Donnell's many books included Twenty Years' Experience as a Ghost Hunter, Strange Cults & Secret Societies of Modern London, and Werewolves. 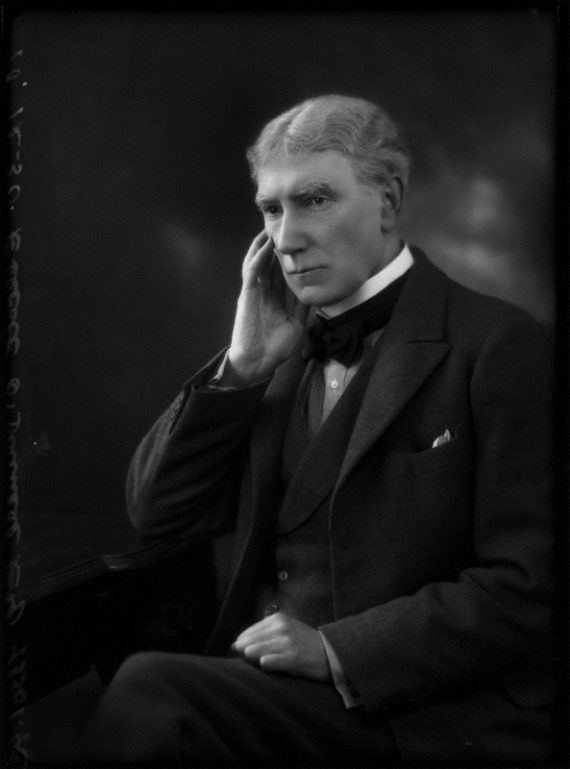 O'Donnell told of a strange story that dated back to the 17th century. It was published in his book, Dangerous Ghosts (1954) and was based upon data contained in two, much earlier publications, A Strange And True Relation Of One Mr John Luck and Legends & Traditions Of Huntingdonshire.

O'Donnell wrote: “Mr. John Luck, a farmer from Raveley, set out on horseback one morning to the annual fair at Whittlesea. On the way he met a friend, with whom he had a drink at a wayside inn. After drinking somewhat heavily Mr. Luck became very merry, and perceiving that his friend was getting restless and desirous of continuing on his way to the fair, he said, ‘Let the devil take him who goeth out of this house today.’

“The more he drank, the merrier he grew. Forgetful of his rash saying, he called for his horse and set out for the fair. The fresh air seemed to have a sobering effect, for he had not traveled very far before he remembered what he had said. He was naturally superstitious and became so perturbed that he lost his bearings. He was endeavoring to find the way home – it was getting dusk and far too late to go to the fair – when he espied ‘two grim creatures before him in the likeness of griffins.’ 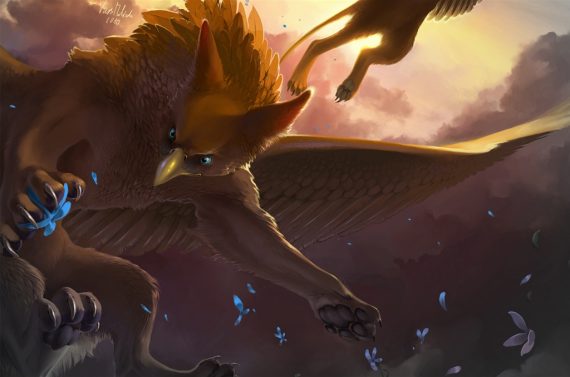 “They handled him roughly, took him up in the air, stripped him, and then dropped him, a sad spectacle, all gory, in a farm yard just outside the town of Doddington. There he was found lying upon some harrows. He was picked up and carried to a house, which belonged to a neighboring gentleman. When he had recovered sufficiently to talk, he related what had happened to him. Before long he ‘grew into a frenzy,’ so desperate that the inmates of the house were afraid to stay in the room with him.

“Convinced that Luck was under evil influences, they sent for the clergyman of the town. No sooner had the clergyman entered the house than Luck, howling like a demon, rushed at him and would have torn him to pieces, had not the servants of the house come to his rescue. They succeeded with great difficulty in overcoming Luck and tying him to the bed. No one was allowed to enter his room, the door of which was locked.”

Neil Arnold, who has carefully studied the affair of the Brentford Griffin, notes: “O'Donnell goes on to describe how Mr. Luck, the next morning, was found dead in his bed. His body a crooked, broken mess, black with bruises, neck snapped, and tongue hanging from his chasm of a mouth. His face an expression of utmost dread. Many believed that the griffin monsters were sent by Satan and had succeeded in their quest.”

A creature of reality? A beast of strictly mythology? Something that soared over London in the 1980s? Whatever the truth, the stories are as legendary as the flying thing itself.

In Search of the British Griffin, Pt. 1