Between 1949 and 1950, American novelist Norman Mailer was hard at work crafting the follow up to his breakthrough novel, The Naked and the Dead. His home and base of operations at the time had been a boarding house in New York, and the subject of this new work that would eventually become 1951’s Barbary Shore was, rather transparently, reflective of Mailer’s current state of affairs: the story was that of a World War II veteran, holed up in a New York boarding house, trying to write a novel.

To his credit, Mailer had added amnesia to his character’s plight, but this alone hadn’t helped make the post-war novel anything more spectacular than what it was destined already to be: a shortcoming in the wake of his breakthrough masterpiece, and one so bad it would launch a decade-long hiatus from work as a novelist, during which Mailer would turn his attention to societal themes, writing of (and occasionally berating) hipsters, politicians, and American life in general.

The otherwise innocuous and disappointing Barbary Shore might have been forgotten altogether, had it not been for one other unique facet it possessed. As much as the story had intentionally mirrored the happenings of Mailer’s life, there were other things occurring beneath the surface which the author included, though seemingly despite having no way of gaining knowledge of them at the time.

To be specific, another of the book’s themes dealt with a Soviet spy, who is found to be living undercover in the same New York Boarding House. Strangely, after the publication of Barbary Shore, it was revealed that an actual spy, similarly working with the USSR, had been living within an apartment just above Mailer’s. Despite the odd foretelling of events that the novel contained, not even this would help it become memorable in the minds of Mailer’s critics; once, the occasionally obstreperous writer even went so far as to take out advertisements quoting the negative critiques his literary adversaries launched against him.

The theme of “predictions” made by novelists is indeed one that we’ve covered before here at Mysterious Universe. In a 2010 post on the subject, I noted one of the most peculiar of them all, which dealt with Edgar Allan Poe’s one and only novel-length manuscript, The Narrative of Arthur Gordon Pym. Here, a similarly striking — if not more unsettling prediction — had been made, involving a storm that destroys a sailing vessel, leaving the stranded seamen faced with a damning decision about who would ultimately survive:

“Among them was a lowly cabin boy named Richard Parker, who later was cannibalized in what was then known as the grim “custom of the sea.” Though this series of events was conjured from Poe’s mind, decades later the [sailing ship] Mignonette was destroyed under almost identical circumstances, where a sudden 40-foot wave capsized the ship. Among the survivors–and first to be killed and cannibalized–was the cabin boy, whose name was none other than Richard Parker! Captain Tom Dudley, along with those who had helped devour young Parker, were later discovered alive, and were tried for murder.”

While the similarities here might be chalked up to coincidence alone, it is worth noting that the turn of events described above came about resulting from political writer Arthur Koestler’s interest in psychic phenomena and coincidences later in life. His fascination was great enough that he proposed a contest in which an award would be offered for the best example of a bizarre prediction or coincidence. That award was later given to none other than Nigel Parker, a relative of the deceased Richard Parker, who shared the family’s strange story.

Another notable example of a novelist whose work seemingly predicted the future had been Jules Verne, who discussed the future of space flight in his book From the Earth to the Moon. Here, Verne’s fictional meanderings ended up being uncannily similar to what would later become the very real American space program’s Apollo Program. In the book, Verne even wrote that three astronauts were launched from the Florida peninsula, and recovered through a splash landing of their spacecraft upon reentry; also in the book, the spacecraft is launched from "Tampa Town”, whereas Tampa, Florida is approximately 130 miles from what would later become NASA's launch site at Cape Canaveral.

Perhaps among the most famous instances of alleged predictions set forth in novels involved Morgan Robertson’s 1898 novella Futility, or the Wreck of the Titan. In this book, Robertson wrote of a large sailing vessel which went down tragically in the North Atlantic after striking an iceberg on its starboard side. The events of the novel transpire in the month of April, and adding to the tragedy of Robertson’s tale, the fictional Titan would lack enough lifeboats needed to save all its passengers. 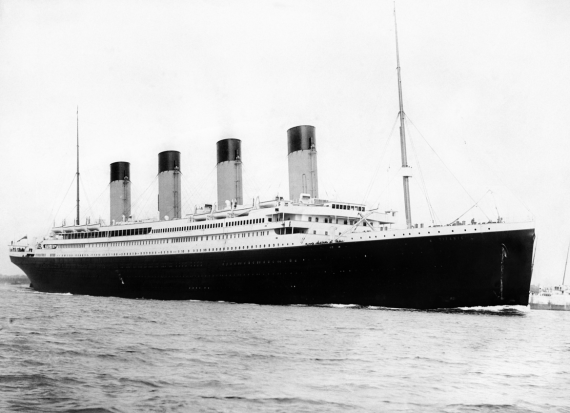 The obvious similarities here to the sinking of the RMS Titanic were indeed noteworthy to many of Robertson’s readers, right down to the accident’s distance from Newfoundland, and the number of casualties that would ensue. While Robertson’s readers proclaimed that he possessed the gift (or perhaps curse) of clairvoyance, the author would maintain that he had merely deduced such a remarkably similar turn of events based on his extensive knowledge of seafaring.

The examples cited here are among the best, though countless other cases of tales spun by fiction writers which bore similarity to later happenings do exist. Whether or not it is indeed evidence of psychic abilities or premonitions, it would certainly seem that on occasion the notion of “life imitating art” does take on a whole new, and far more literal meaning.