If you’re arachnophobic or scared by horror movies with dark passages shrouded in spider webs, you may want to stay away from Memphis, Tennessee, for a few days. A sizable area of the city is covered with a massive spider web filled with … you guessed it … massive amounts of spiders spinning furiously. What caused it and is it dangerous?

The spiders and their web showed up virtually overnight on November 20th. According to local news reports, the area hardest hit (if you can imagine a spider web hitting something hard) was an area around May Street and Chelsea Avenue in northern Memphis where the web stretched for over half a mile.

That’s how one witness described the scene … and that’s just the webbing. On the trees, on the ground, on the houses and cars and probably on some Memphis residents are millions of tiny spiders responsible for the mass webbing. When they show up in those number, even non-arachnophobes in Memphis are worried and want something done about it.

Clean this area up and spray for these spiders and make it safe. There are kids running around. A spider could bite the kids or anything … they're all on the wall, on the door. We been killing spiders for about an hour now.

Hold on before you start stomping on those spiders says Memphis Zoo curator Steve Reichling. They haven’t yet been identified and the cause for them popping up so suddenly in this one area needs to be determined.

It's a mass dispersal of the millions of tiny spiders that have always been in that field, unnoticed till now. It could be juveniles - millions - in a big emergence event, or adults of a tiny species - probably a sheetweb spider - leaving for some reason possibly knowable only to them.

In fields and meadows, there are often literally millions of spiders doing their thing, unseen and unappreciated by us. The presence of these spiders tells us that all is well with nature at that location.

Tell that to Memphis ladies with big hair. 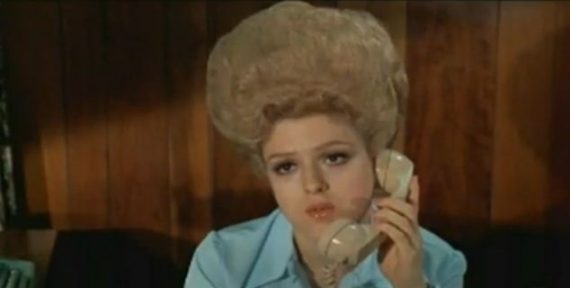 The Name of the Doctor: Did a 1980 Comic Book Reveal the Doctor’s Actual Name?