Edmond Halley – where are you when we need you? New photographs from the Dawn space probe orbiting the dwarf planet Ceres show that its south pole is completely black. Is this a hole that leads into a hollow Ceres? If so, what could be in it? Another world, as Halley suggested? UFOs? Alien life forms? Nazis?

The photographs of Ceres’ north and south poles were taken from August 17th to October 23rd, 2015, from its current orbit 1,470 km (915 miles) above the surface. Those of the north pole clearly show craters (Jarovit, Ghanan and Asari), mountains (Ysolo Mons) and other prominent features. Those of the south pole show a large pitch black area. NASA’s official explanation is that Ceres’ south pole has been in the shade since Dawn arrived (isn’t that an oxymoron?) on March 6th and that’s why it look likes a gaping hole. Nothing to see here … move along.

Who are you going to believe … NASA or Edmond Halley?

After observing that the direction of the Earth's magnetic field changed over time, Halley proposed that the planet was hollow and held nested spheres that caused the variations. Based on that, he believed the hollow Earth contained other life forms and a luminous atmosphere which, when it escaped through holes at the poles, caused the aurora borealis. Would he believe the same about Ceres?

Other hollow Earth theories include that of Marshall Gardner, who proposed that the discovery in 1846 of a frozen woolly mammoth in Siberia was proof the creatures were not extinct but lived in a hollow planet and came up through a hole at the North Pole. Cyrus Reed Teed formed a religion based on the belief that people lived on the inside surface of a hollow Earth (which geometrically has the same surface area as the outside) that contained a small half-dark/half-light sun.

Then there’s the various theories such as that the Nazis were a separate race who came from the hollow Earth or Hitler escaped death and set up a base for flying saucers in the hole at the South Pole or Admiral Byrd flew into the hollow Earth and met a humanoid. 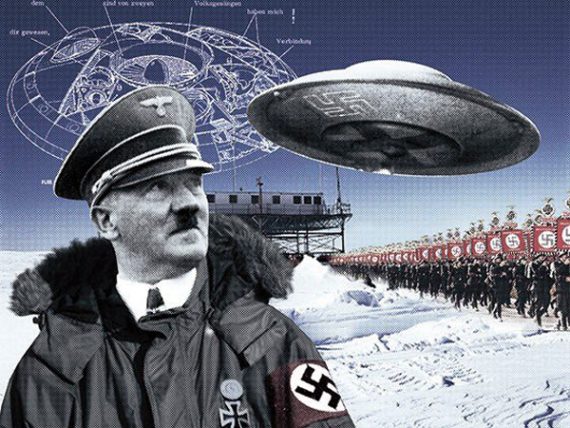 Far-fetched? Possibly, but so are explanations like “it’s just shade” or “the space station camera just accidentally turned itself off.”

Is the dark spot on Ceres just a dark spot? Is Ceres hollow? Is this the real reason why NASA chose to visit Ceres? What do you think the dark area on Ceres might be?