Imagine one million identical cows marching shoulder to shoulder and rib to rib down a path to the slaughterhouse. Imagine one million identical cows getting the same idea simultaneously to turn around and storm the cloning plant that created them. Somewhere in between is what probably will happen when the world’s largest cloning plant, currently under construction in China, goes into full operation in early 2016.

The $31 million plant is being built in Tianjin (160 km (100 miles) from Beijing) by BoyaLife, a three-year-old biotech firm specializing in stem cell and regenerative medicine, biological products, drug innovation and hereditary diseases research. The plan for the 14,000 square meter (150,000 sq. ft.) plant is to produce 100,000 cloned cattle embryos the first year and ramp quickly up to a million annually to satisfy China’s rapidly-growing demand for beef.

In addition to cattle, the company will clone pet dogs, police dogs, racehorses and “non-human primates,” with the somewhat altruistic goal of being the first to someday clone endangered pandas.

What could possibly go wrong? Here’s what Xu Xiaochun, CEO of BoyaLife, has to say:

We are going [down] a path that no one has ever traveled. We are building something that has not existed in the past.

That’s not promising. Neither is the fact that BoyaLife is partnered with Sooam Biotech, a South Korean company run by Hwang Woo-suk – the former “king of cloning” who was found guilty in 2006 of research fraud and gross ethical lapses in his attempts to derived stem-cell lines from cloned human embryos.

What else? The plant is near the site of chemical explosions that killed at least 165 people in August. China has recently had many major food safety scandals. Many are concerned the cloned beef will be rushed to market without thorough testing and some suggest that the testing be done on corporate and national leaders – not a bad idea.

While China’s experts say cloned beef is safe to eat, the European parliament in September proposed a ban on cloned animals for food and a halt to importing products derived from them. In the U.S., the Food and Drug Administration approved the sale of cloned beef for food in 2008 but doesn’t require the products to be labeled as such and many believe it is being sold anonymously.

Is the world or China ready for massive amounts of cloned beef from BoyaLife? How will we know if it’s safe? Would you eat cloned beef? Do you think you’re already eating it? 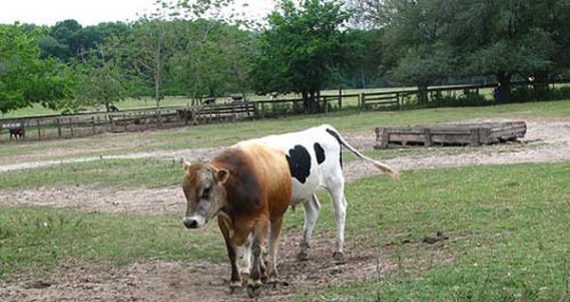