During the early morning hours of 1912, the North Atlantic Sea became home to one of the greatest among modern maritime disasters, with the sinking of the RMS Titanic. In the wake of the tragedy, more than half of the passengers on board were lost, totaling more than 1500 dead, ranking it among the most deadly modern commercial disasters ever to have occurred.

The circumstances involving the ship's untimely sinking were both tragic, and perhaps ironic in equal measure; having been touted as "unsinkable," the vessel went down on her maiden voyage, and rather remarkably, in a manner which many had already warned might happen. Notable among such warnings had been British journalist William T. Stead, a passenger on that fateful evening, who had written of strangely similar circumstances beforehand. Stead had even predicted that he himself would likely die "either by hanging, or drowning," and was last seen alive aiding women and children, as they boarded the few life boats the Titanic did possess.

The circumstances surrounding the ship's sinking have been met with skepticism at times, and a range of theories exist today which involve what conditions may have actually led to the disaster. Among the more fringe ideas, author Robin Gardiner's book Titanic: The Ship That Never Sank went so far as to allege that the Titanic had never sank at all, but instead had been replaced with its sister ship, the Olympic, as part of an elaborate plot to collect insurance from the ship's loss. Less cringe-worthy ideas have proposed that pack ice may have contributed to the ship's sinking, as well as a small coal fire onboard that may have led to unsafe speeds as the ship careened along in the North Atlantic waters. 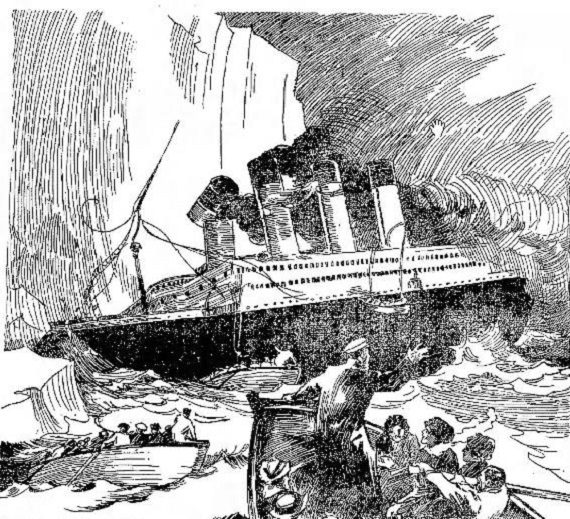 However, the latest "new evidence" suggesting alternative views about the Titanic affair bring into question an all new element, though with an old favorite among conspiratorial scapegoats: the Freemasons.

The Telegraph reported recently on a new “secret archive” which has appeared online courtesy of the genealogy site Ancestry.com, revealing what some call “extensive involvement” of Freemasons in the British investigation of the Titanic’s sinking. According to the Telegraph report, the series of once-secret files pertains to “the names of two million Freemasons has been made public for the first time on the genealogy site Ancestry which reveals extensive Masonic involvement in the controversial British investigation into the catastrophe.”

In addition to the revelations pertaining to the British investigation of the Titanic sinking, the newly released secret archive appears to offer insight into a number of similar sordid affairs, ranging from the extensive involvement of Freemasons in British government and UK politics in general, to possible concealment of the identity of the infamous serial murderer Jack the Ripper.

Worth noting, of course, is the following excerpt from the Telegraph article:

"The United Grand Lodge of England (UGLE) has around 250,000 members and The Grand Lodges of Scotland and Ireland administer some 150,000 members. There may be as many as six million globally – two million in the United States."

That's an awful lot of Freemasons, and as a result, in likelihood it stands to reason that there would have been a number of them involved in the inquiry into the Titanic disaster, as well as other affairs involving controversy in Britain and elsewhere abroad. So does the release of the archive really show the extent to which Freemasonry may have had involvement in such controversies over the years, or does it merely show that when controversy does happen, Masonic involvement is almost certainly unavoidable? 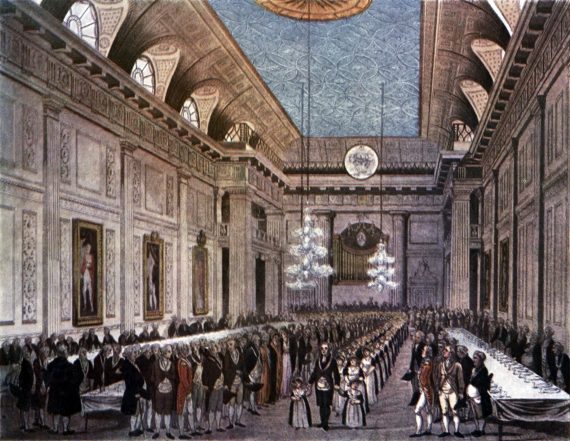 Perhaps the real primary concern here is whether any members of the secretive organization were indeed able to escape censure on account of their affiliations, in which obvious concerns over favoritism come into play. Still, little can be done to amend such problems now, with more than a century between us and the time that the Titanic went down. As Chris Mullen wrote in his OpEd on the affair for the Guardian, "although masons are still influential in some professions... membership is far less fashionable than it used to be. Much unjustified paranoia surrounds freemasons, but their obsessive secrecy and the oaths they swear inevitably means that they have only themselves to blame."

If anything, what this really may provide is a degree of historical perspective on such matters, and on the notion of favoritism in government among such fraternal organizations; however far removed we may now be, realistically, from their peak periods of influence.