Spontaneous Combustion and the FBI, Pt. 1

In 2005, in an article titled "Does spontaneous human combustion exist?" the BBC reported that: "A character in Charles Dickens' Bleak House burns to death without any apparent reason. Human spontaneous combustion [sic] is a belief which has been around for centuries but does it really exist? Viewers following Andrew Davies's adaptation of Charles Dickens' Bleak House on BBC One have just seen the dreadful moment when alcoholic Krook - played sinisterly by Johnny Vegas - finds his gin warming his stomach more than usual, and suddenly bursts into flames."

Dickens was sharply criticized for promoting in his 1853 book what many at the time assumed was nothing but supernatural nonsense. So, he hit back against those who doubted that Spontaneous Human Combustion (SHC) really existed. Dickens said: "There are about thirty cases on record, of which the most famous, that of the Countess Cornelia de Baudi Cesenate, was minutely investigated and described by Giuseppe Bianchini, a prebendary of Verona, otherwise distinguished in letters, who published an account of it at Verona in 1731, which he afterwards republished at Rome."

Dickens continued: "The appearances, beyond all rational doubt, observed in that case are the appearances observed in Mr. Krook's case. The next most famous instance happened at Rheims six years earlier, and the historian in that case is Le Cat, one of the most renowned surgeons produced by France. The subject was a woman, whose husband was ignorantly convicted of having murdered her; but on solemn appeal to a higher court, he was acquitted because it was shown upon the evidence that she had died the death of which this name of spontaneous combustion is given." 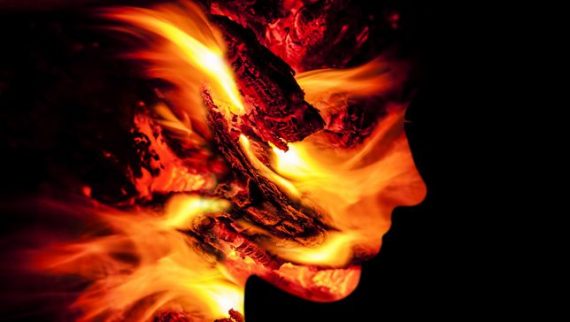 Explanations for SHC include excessive amounts of fat in the body, alcoholism, a build-up of static electricity, a combination of chemicals in the stomach generated by a poor diet, and even divine intervention. The cases cited by Dickens are centuries-old. It's a little-known fact, however, that midway through the 20th century the FBI got involved in the controversy of SHC. The unfortunate person whose fiery death caught the attention of the FBI was Mary Hardy Reeser, a then-sixty-seven-year-old woman from St. Petersburg, Florida.

It was some time on the night of July 1, 1951 when Reeser took her last breaths. Reeser's son Richard (who was a physician), his daughter Nancy, and the landlady, Patsy Carpenter, were hanging out with Reeser in her room. Around 9:00 p.m. they all left. Their last image was of Reeser reclining in her chair and smoking a cigarette. It wasn't until the next morning that it became clear something terrible had occurred overnight. As fate would have it, on the morning in question Carpenter received a telegram for Reeser and took it to her room. There was no response to Carpenter's knock on the door. So, Carpenter turned the doorknob. She screamed and jumped back. The doorknob was red hot.

Carpenter quickly caught the attention of a couple of house-painters, who raced over and forced open the door. All three were hit by a blast of scalding hot air. The scene in front of them was like something out of a horror-movie. The chair in which Mary Hardy Reeser had been reclining was severely burned. Ashes were everywhere. Teeth and bones could be seen on what was left of the chair. And then there was the matter of Reeser's head: it was shrunken significantly and burned almost raw. Undamaged was Reeser's left ankle, as well as her left foot and left shoe. Those remains aside, she was pretty much gone.

Intriguingly, the wall nearest to Reeser was only very slightly scorched, and a pile of newspapers which sat on a nearby table had not ignited. And not a bit of flammable material could be seen anywhere. It was a seemingly baffling death - possibly one that was caused by Spontaneous Human Combustion, some speculated. It caught the attention of Dr. Wilton Marion Krogman, of the University of Pennsylvania. He followed the case deeply and extensively. He even penned a paper on the matter in 1953: "The improbable case of 'the cinder woman.'" The local chief of police, J.R. Reichert, said, when the mystery remained a mystery, that: "The case is not closed and may never be to the satisfaction of all concerned."

But, was SHC really the cause? It was a question that attracted the attention of none other than the FBI, as we'll see in part-2.

The Mystery of the Devil’s Sonata