Spontaneous Combustion and the FBI, Pt. 2

Part-1 of this article started as follows: "In 2005, in an article titled 'Does spontaneous human combustion exist?' the BBC reported that: 'A character in Charles Dickens' Bleak House burns to death without any apparent reason. Human spontaneous combustion [sic] is a belief which has been around for centuries but does it really exist? Viewers following Andrew Davies's adaptation of Charles Dickens' Bleak House on BBC One have just seen the dreadful moment when alcoholic Krook - played sinisterly by Johnny Vegas - finds his gin warming his stomach more than usual, and suddenly bursts into flames.'

"Dickens was sharply criticized for promoting in his 1853 book what many at the time assumed was nothing but supernatural nonsense. So, he hit back against those who doubted that Spontaneous Human Combustion (SHC) really existed. Dickens said: 'There are about thirty cases on record, of which the most famous, that of the Countess Cornelia de Baudi Cesenate, was minutely investigated and described by Giuseppe Bianchini, a prebendary of Verona, otherwise distinguished in letters, who published an account of it at Verona in 1731, which he afterwards republished at Rome.'"

The rest of part-1 focuses on the strange 1951 death of a woman from Florida named Mary Hardy Reeser. Her death - from what some suspected was Spontaneous Human Combustion - provoked a significant police investigation, media attention, and even the interest of the scientific and medical communities. It also caught the eyes and ears of J. Edgar Hoover's FBI. The Bureau has declassified an extensive file on the Reeser affair, from which I have chosen some of the most relevant data. To appreciate the importance of the FBI's words, it's vital to note that when last seen Reeser was reclining in the chair in which her remains were found - and she was smoking a cigarette. As the FBI documentation states, chief of police J.R. Reichert wrote the following to J. Edgar Hoover: 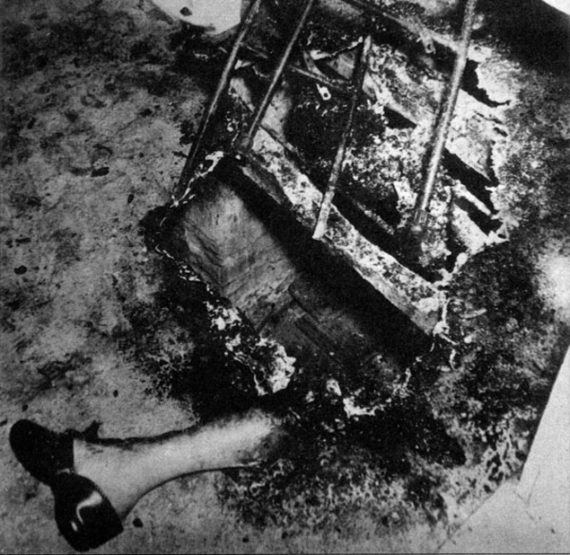 "The body of Mrs. Reeser was partially cremated with the exception of the left foot which was burned completely in two, about 4" above the ankle. The chair in which she had been sitting was completely burned away, leaving just the springs. A small end table was completely burned away, with the exception of 2 legs. The carpet was burned in an area of approximately 3 ft. We also request any information or theories that could explain how a human body could be so destroyed and the fire confined to such a small area and so little damage done to the structure of the building and the furniture in the room not even scorched or damaged by smoke."

Reichert's request was coordinated by the FBI Laboratory. Its staff detailed the likely scenario that turned Mary Hardy Reeser into ashes. Lab personnel said: "As regards the destruction of the deceased's body which occurred in this case it is entirely possible that the body was consumed to the extent shown in the photographs and as indicated by the bone fragments and other debris without the aid of any such material as gasoline."

The lab continued: "It is not generally realized the extent to which the human body can burn once it becomes ignited. While such cases are not common, there are on record numerous instances of bodies burning with almost complete destruction. It was formerly believed that such cases arose from spontaneous combustion or the burning was sometimes attributed to preternatural causes. There is, however, absolutely no evidence from any of the cases on record to show that burning of this nature occurs other than when the body is ignited by some external means."

In Mrs. Reeser's case, that "external means" may well have been her cigarette. The FBI's lab staff had more to add: "The unusual aspects of such cases of burning have been heightened by the fact that in many instances little damage from burning occurred in the room or area directly surrounding the victim. As in this case, the remains of the victim were found reclining in the wreckage of a chair, sofa, bed or in one instance sitting on a stairway. In the last-named case the victim was a woman who had been clad in rather voluminous garments. Not a vestige of clothing was found remaining in that case although no extensive damage was done to the stairs." 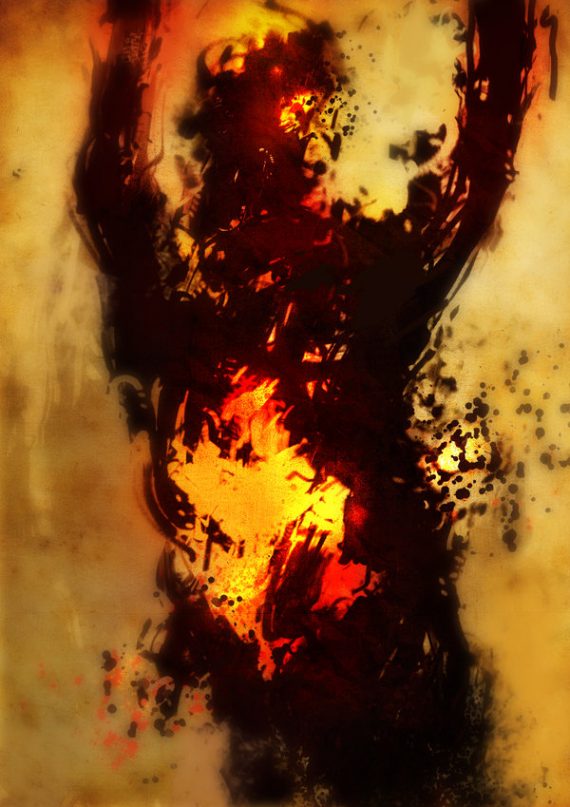 The FBI was not finished. The lab expanded further on how such a death could occur: "These cases are explained by the fact that the body becomes ignited from some outside cause such as burning clothing, a burning mattress, chair or other means. Once the body starts to burn there is enough fat and other inflammable substances to permit varying amounts of destruction to take place. Sometimes this destruction by burning will proceed to a degree which results in almost complete combustion of the body."

And, finally, we have this from the FBI, on Mary Hardy Reeser's death: "In this case, the absence of any scorching or damage to furniture in the room can only be explained by the fact that heat liberated by the burning body had a tendency to rise and formed a layer of hot air which never came in contact with the furnishings on a lower level. This situation would have occurred particularly if the fire had smoldered rather than burned freely."

There's very little doubt that - as the FBI's records show - Mary Hardy Reeser's death was not due to Spontaneous Human Combustion. Of course, that doesn't necessarily mean that SHC - as a mysterious and poorly understood phenomenon - does not exist. But it does suggest this 1951 incident is one which we can close the book on, and without having to resort to answers that have their origins in the domains of the supernatural and the paranormal.