The Light From Within: Stories of Humans That Glow

A variety of strange natural phenomena that involve luminescence have been recorded for centuries, ranging from things like ball lightning and other mysterious nocturnal illuminations to strange bands of light that shoot from the earth around the time of earthquakes.

We also find that luminous phenomena can occur in the realms of biology as well, with various fish, bioluminescent plankton, and other glowing sea life populating Earth's oceans. But among the places where bioluminescence seems to occur, stories of so-called "human glow worms" must be among the very strangest.

The British-born Herreward Carrington, a researcher and a member of the American Society for Psychical Research, told of such an incident in his book, Death and its Causes, which involved a young boy who, upon dying, was said to have been enveloped in a strange blue glow which resembled flames. Those nearby attempted to extinguish the "fire," but were unsuccessful in doing so. It was reported that upon being moved, the sheet upon which the child's body was laying had scorch marks upon it.

Admittedly, this story is similar to claims of spontaneous human combustion, though it should be noted that such alleged luminous phenomena are not exclusive to the dying or deceased. Another strange case dating back to 1869 was reported and the letter sent to the magazine English Mechanic, telling of a woman whose toe began to glow inexplicably:

"An American lady, on going to bed, found the light was issuing from the upper side of the fourth to on her right foot. Rubbing increased the phosphorescent glow and it spread of her foot. Fumes were also given off, making the room disagreeable; and both lights and fumes continued with the foot was held in a basin of water, and even washing with soap could not dim the toe. It lasted for three quarters of an hour before fading away, and was witnessed by her husband."

Perhaps one of the most fantastic stories of a bioluminescent individual was reported by John Mitchell and Robert J. M. Rickard in the Fortean anthology Phenomena: A Book of Wonders (1977, Thames and Hudson). The story told of  Signora Anna Monaro, an asthma patient who, over a period of several weeks, purportedly produced a blue glow from her breasts as she slept. The phenomenon was observed by several doctors, who suggested solutions that included bioluminescence bacteria, as well as "electromagnetic radiation from certain compounds in the skin". Another speculative line of reasoning involved the notion that sulfides in her blood had increased due to her frail condition, thus producing the light.

With all the aforementioned cases, the illumination in question appeared to be nothing that the individuals experiencing the phenomenal could control. It is worth noting, however, that experiments carried out at the Rhine Research Center in Durham, North Carolina, have involved individuals who are placed into a sealed, darkened room befitted with a highly sensitive light collecting photon receptor, to try and determine if any kind of illumination can be recorded with (or without) an individual in the room; more specifically, the experiments sought to understand whether the light levels produced could be controlled by the individual, as though influenced in some conscious way. 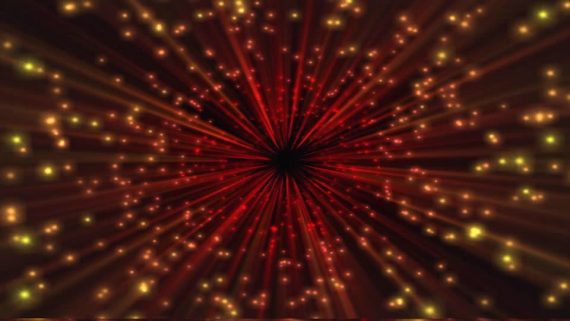 During a visit to the Rhine laboratory in the summer of 2012, I was allowed to visit the portion of the facility where the experiments were carried out and had even been shown the data sets collected by a computer, located outside the dark room. In one instance, an individual (who was identified to me only as a spiritual practitioner) had been among the subjects who entered and managed to cause a significant increase in luminous response with the equipment in the room, which purportedly occurred while the individual was in a meditative state. Whether or not this would have produced a visible "glow" or not is uncertain, although the scientific equipment nearby certainly seemed capable of detecting light energy, however weak it may have been.

Similarly, a 2009 study found that "visible light in extremely small quantities," and in levels that vary throughout the day, are produced by the human body, particularly emanating from the face. Live Science reported that "Past research has shown that the body emits visible light, 1,000 times less intense than the levels to which our naked eyes are sensitive. In fact, virtually all living creatures emit very weak light, which is thought to be a byproduct of biochemical reactions involving free radicals."

Is it possible that under the right circumstances, these natural illuminations produced by the body might increase to levels that would allow clear visibility, and might this be something that some individuals could develop the ability to control consciously?

The Russian Island of Cannibals