The Mystery of the Devil’s Sonata

They say that dreams are windows to the soul, and the means through which that soul speaks to us and gives us peeks into knowledge and insights that elude us during our waking hours. There are some who say we can tap into some sort of inner wellspring of creativity through dreams, and still others that say they can even be portals to other worlds or dimensions beyond our waking realm or even our reality. Long have there been stories of sudden flashes of inspiration or the sudden solution to perplexing problems gleaned from the fertile fields of our dreams, and indeed history is rife with such tales. One such case comes to us from 18th century Italy, where a composer and violinist went to sleep one night only to be visited by the Devil in the realm of dreams, who would teach him one of the most perplexing, challenging, and indeed haunting pieces of music ever seen.

Born in April 8, 1692 in Pirano, Istria in the Venetian Republic, which is now Piran, Slovenia, Giuseppe Tartini was a violinist, Baroque composer, philosopher, scientist, and music theorist who was a contemporary of such musical greats as Vivaldi and Veracini. Over the course of his life Tartini would compose and perform over 200 violin concertos and sonatas, with many more written on paper as well as others that have possibly gone undiscovered, and would be a highly influential musician known for his unique musical technique and style of bowing, with the Italians eventually calling him il Maestro delle Nazioni, meaning “the finest musician in the world,” while the French proclaimed him le legislateur de l’archet, or “the lawgiver of the bow.” Tartini was credited as being a remarkably skilled violinist, with his music renowned for its combination of highly technical and poetic qualities, and he is also known as being the first known owner of a violin made by the esteemed Antonio Stradivari in 1715. Tartini was also a devoted researcher of the theory of harmony and acoustics, publishing a great many papers on the subject, and he claimed to have discovered the principles of what he called the “third sound,” which is an overtone produced when two notes of a chord are played in perfect tune.

However, for all of these achievements, Giuseppe Tartini is probably best known for a bizarre dream in which he claimed to have actually met the Devil, and which would prove to be the origin of the best known and most mysterious piece of music of his entire career. In 1765, just a few years before his death, Tartini sat down and had an interview with French astronomer Jerome Lalande, to whom he told of a strange, surreal dream he had had in which the devil had come to him to make a pact for his soul and also played a violin with breathtaking virtuosity and skill. It was this song played by the Devil in his dream that Tartini would make into his best known work, the Violin Sonata in G minor, also known as “The Devil’s Sonata.” Tartini’s account of the dream was published in Lalande’s travel memoir, Voyage d'un François en Italie, and the account was given thus:

One night I dreamed I had made a pact with the devil for my soul. Everything went as I desired: my new servant anticipated my every wish. I had the idea of giving him my violin to see if he might play me some pretty tunes, but imagine my astonishment when I heard a sonata so unusual and so beautiful, performed with such mastery and intelligence, on a level I had never before conceived was possible. I was so overcome that I stopped breathing and woke up gasping. Immediately I seized my violin, hoping to recall some shred of what I had just heard; but in vain. The piece I then composed is without a doubt my best, and I still call it “The Devil’s Sonata,” but it falls so far short of the one that stunned me in my dream that I would have smashed my violin and given up music forever if I could but have possessed it.

Tartini would obsess over the song he had heard the Devil play in his dream and was finally able to at least approach some semblance of it on paper, although he would always lament how it paled next to what he'd heard the Devil play. The Devil’s Sonata is known, even today, as being an incredibly technically difficult piece to play, so much so that it was once rumored that Tartini would need six fingers to play it the way he did, and that if one were to play it all the way through their soul would be possessed by the Devil. It was even said at the time that the song had been banished from the Kingdom of Heaven for being against God. The piece itself is a solo sonata, with three movements instead of the usual four or five. The third movement in particular is known for its intense series of what are called “double stop trills,” which is basically simultaneously playing on two adjacent strings, and playing two notes at the same time while also rapidly alternating between two adjacent notes a tone apart, as well as abrupt rapid changes from slow to fast playing. The result is a haunting, poignant, and truly captivating piece that transports the listener to the world of dreams and remains one of the most challenging violin sonatas there is. It can be heard in its entirety here.

Besides the fact that the whole piece was claimed to have been learned from the Devil in Tartini’s dreams, there are numerous mysteries surrounding The Devil’s Sonata. One is that it is still not known exactly when it was composed. Lalande claimed that Tartini had had the dream in 1713, but based on its stylistic elements, music historians have said it is unlikely it could have originated before 1745. The question of when it was composed is further confounded by the fact that Tartini never dated his manuscripts, and he had the habit of revising or rewriting works that had been finished years beforehand, as well as adding encoded annotations, all of which have made all of his works notoriously difficult to date with any certainty.

Also mysterious is the fact that the whole account of the dream was not shared until a few years before his death and not actually properly published until 1798, almost thirty years after Tartini’s death. Why would that be? It has been said that perhaps Tartini did not want to casually publish his dream since the story was likely to have caused at the very least ridicule and even worse some sort of blasphemous religious scandal. This desire to avoid consternation or scorn from the religious community is thought to be why Tartini may have chosen Lelande to convey the story to in the first place, as the astronomer was a man of science more unlikely to respond to the series of events with shock or indignation. It could also explain why Tartini chose to share his weird story in his twilight years and why the story would take so long to become known to the outside world. Adding further layers to the mystery are the various coded annotations that were included in the original manuscript, which were not decoded until 1935, and proved to show pieces of secular poetry by Metastasio, Petrarch and Tasso, all of which could have been seen to be against church scripture. 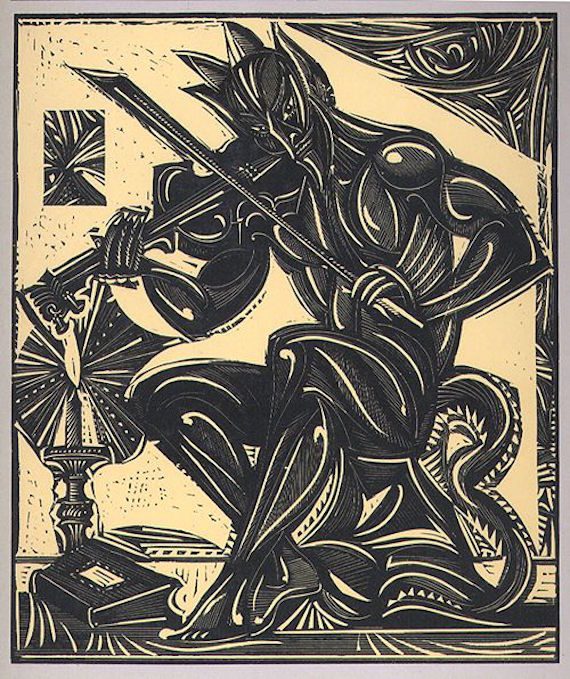 Where exactly did Tartini get the inspiration for the Devil's Sonata? Was this a sort of tapping into human creativity and perhaps even the universal subconsciousness through a dream? Or did the Devil really come to see Tartini in his sleep that fateful night? Regardless of the answer to that, why did he choose a French astronomer to tell his tale to and why did he do it so close to his death? Indeed why is it that this account did not surface until three decades after Tartini died? Whatever the answers to these questions might be, there can be no denying the power of dreams or their history of acting as a muse of creativity, ideas, and expression. Somewhere deep down there in your psyche could be the answers to the questions you seek, or the jolt of creativity you need to push you beyond your waking limits, perhaps even a means through which to communicate with things from beyond our domain. Maybe it will remain down there in the depths of the quagmire of subconscious thoughts that lay in the abyss of your mind, or maybe you will access them tonight. Stranger things have happened.