The Name of the Doctor: Did a 1980 Comic Book Reveal the Doctor’s Actual Name?

Among 'Whovians', the geek-chic followers in the fandom surrounding BBC's television series Doctor Who, one question has remained preeminent among the many surrounding the series and its mythos: what is the Doctor's actual name?

The title of "The Doctor" was one claimed by the time traveler, which he referred to as "a promise" in an episode, The Name of the Doctor, which had been themed around the question, airing in May of 2013. Despite the subject's interest, as well as its recurrence as a running theme in the program, ironically the real name of the character has remained a mystery. In fact, the show's title addresses this in a roundabout way, with something of a recurring joke throughout the show's five-decade run: when introduced as "The Doctor", many characters to have come and gone over the years issue the common response, "Doctor who?"

It has long been supposed that the character's actual name is meant to remain mysterious. However, according to one source which resurfaced only recently, the ever-esoteric subject of the Doctor's "real" name may indeed have been addressed back in 1980, in a Marvel Comics 1st edition comic devoted to the time traveler's exploits.

Reddit and other sites were recently abuzz with the discovery, in which the passage from the comic book gave the following rather surprising information about the Doctor:

"What we do know about the Doctor is as follows: He is a Time Lord (real name d3 Σ x2), a member of the ruling class of the planet Gallifrey, who ran off in a stolen, slightly out-of-whack TARDIS because he was bored stiff on his peaceful, civilized, and highly advanced home planet."

Further illustrating the passage is the following video, in which the comic book in question is shown, along with the relevant text describing the name of the Doctor:

Given the context of this statement, are we to take it that the Doctor's actual name (at least according to those writing the comic at the time) is indeed "d3 Σ x2"? It would at least seem that way, although debate will no doubt rage over whether this statement can be considered "canon" to the broader continuity of the series, which current show runner Steven Moffat, among others, has strived to maintain over the course of the program's many seasons since its relaunch in 2005.

Elsewhere, some have suggested that this grouping of symbols had been intended to illustrate the name of the Time Lords as an extraterrestrial race themselves, rather than the Doctor (though admittedly, this seems unlikely). At present, no one seems to have combed the massive back-catalogue of episodes dating back to 1963, nor all the related literature on the program featured over the years, to see if similar references have appeared elsewhere to the alleged name "d3 Σ x2".

So what will all of this mean to the hordes of fans that follow the Doctor's exploits from week to week? Probably very little... or at least not as much as the 12th incarnation's newest nickname, which in truth, does appear to be cannon. Well, sort of: 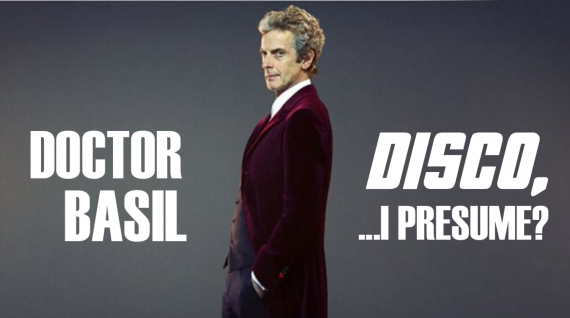 President Obama Says Data on Roswell and UFOs is “Disappointing”