The bumper stickers say “Don’t Mess With Texas,” but that doesn’t seem to deter UFOs, at least not in the town of Frisco, where a recent sighting of a cylindrical UFO is only the latest in a long history of UFO visits to this north Texas town. Why are these unidentified objects flying to Frisco?

The latest sighting took place on September 18th, 2015. A mother and her10-year-old daughter were driving west in Frisco when they spotted a bright light on the passenger side of the car. The mother said they hadn’t seen it before and it wasn’t sunlight so the daughter took a photo with her phone. The vertical cylinder shape was odd and its brightness was unusual for a daytime UFO. They provided only one picture and gave no information on what happened to the UFO after they photographed it.

Frisco is definitely becoming a major hub for UFO activity. On August 27th, 2015, a UFO was spotted “hovering and moving” over Frisco long enough for the witness to take a video.

In nearby Plano (about 15 miles from Frisco), four UFOs or one extremely large UFO with multiple lights was spotted on January 1st, 2015, by a couple who managed to stop celebrating the New Year and take some photographs. 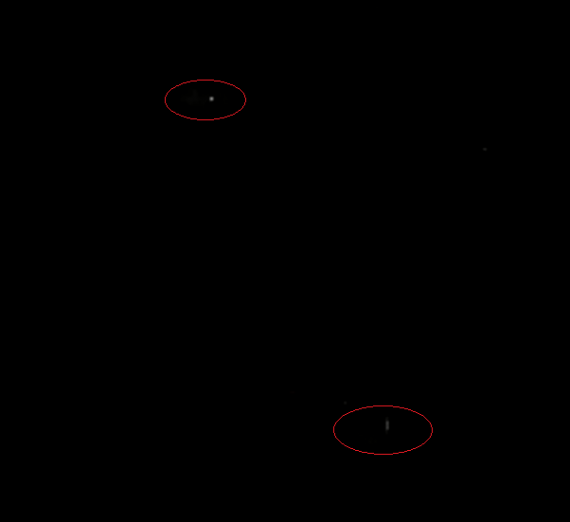 2013 was another big year for UFOs in Frisco. This red orb was recorded on February 1st.

On Christmas Eve, 2013, three people witnessed seven fast-moving UFOs flying north/northwest over Frisco in a 2-2-2-1 formation. The witnesses said they were round with blinking lights and made no sound. No photographs or videos were taken.

Going back to 2012, a reddish-orange orb was seen on May 19th in both Frisco and Poteet, some 300 miles southwest. Again, no photos were taken.

What is attracting UFOs to Frisco? It’s not near any volcanoes. Perhaps they prefer it to Dallas or Fort Worth. Frisco was the fastest-growing city in the U.S. in 2009 and named “One of the Best Places to Live” in 2011. Maybe aliens are like us … they work in the city but prefer to live in the suburbs.

Whatever the reason, Frisco residents should keep their cameras ready and their cell phones charged.

Mysterious Fibers Repeatedly Fall From the Sky Over Arizona