Hoverboards are Exploding and a Batpod is On Its Way

We’ve passed Back to the Future Day (October 21, 2015) and the 30th anniversary of the release of the original movie and we still don’t have a working Marty McFly hoverboard. What’s worse, the self-balancing scooters that are erroneously being called "hoverboards" and are so popular this holiday season are catching fire and exploding. Meanwhile, a new patent has been issued for a working version of Batman’s Batpod. Is it worth waiting for? 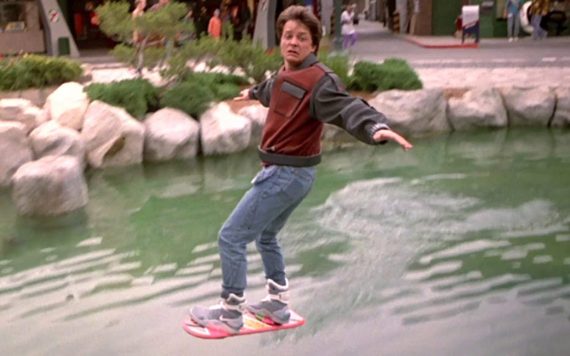 Let’s start with the scooters. Two of them exploded in Louisiana, one resulting in a house burning down. Another set fire to a house in New York and one caught fire in a mall in Washington. Airlines have banned them from planes. There’s so many problems in England, Amazon UK is telling past buyers to recycle (ironically) them and the company will issue a full refund. What’s the cause for the fires and panic?

Batteries. Those rechargeable lithium-ion batteries have two problems. One, to keep costs down the manufacturers are using cheap mass-produced batteries that are prone to overheating when charging (especially when overcharged) and malfunctioning when damaged. Which is reason two: the batteries are located inside the footrest where they’re exposed to the most damage. Sounds like these faux-hoverboards aren’t ready for prime time.

Leave it to the Dark Knight and his Batpod to inspire an alternative. Ford Motor Company was recently issued US Patent # 9,211,932 for a “self-propelled unicycle engagable with vehicle.”

OK, it’s a unicycle, not a Batpod or a motorbike, but it follows the same basic concept. An automatic jack lifts your car so you can remove a tire and special wheel which attaches to a combination seat-handlebars-footrest and turns it into a self-balancing unicycle. In just a few minutes, you’re ready to ride off to fight villains, avoid a traffic jam or get gas. What could possibly go wrong?

Um … batteries? The patent says the batteries could be lithium ion, carbon or dual carbon and could be charged by solar power, kinetic energy, a charger plugged into a socket or other means. Let’s hope the lithium ion problems are solved by the time the unicycle is available for purchase, which isn’t specified in the patent.

How much longer do we have to wait for the really cool toys? 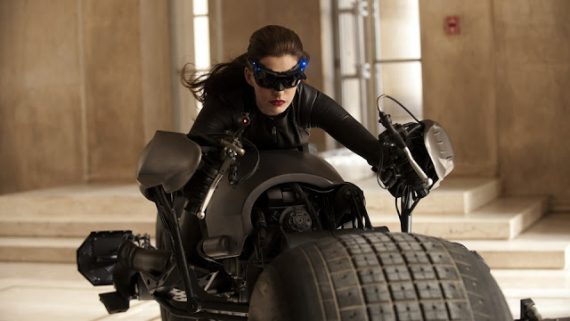