Comet 67P (full name: 67P/Churyumov–Gerasimenko) may be gone (for a while) but it’s certainly not forgotten. Photographs taken by the Rosetta spacecraft orbiting it continue to be analyzed and one found recently showed what looks like a UFO parked on the comet’s surface. This is at least the second UFO seen on the comet, raising speculation once again about the real reason why it was selected for the Rosetta/Philae mission.

The first comet known to have an Earth spacecraft land on it isn’t really gone - it has completed its turn around the Sun and is now somewhere between the orbits of Mars and Jupiter. 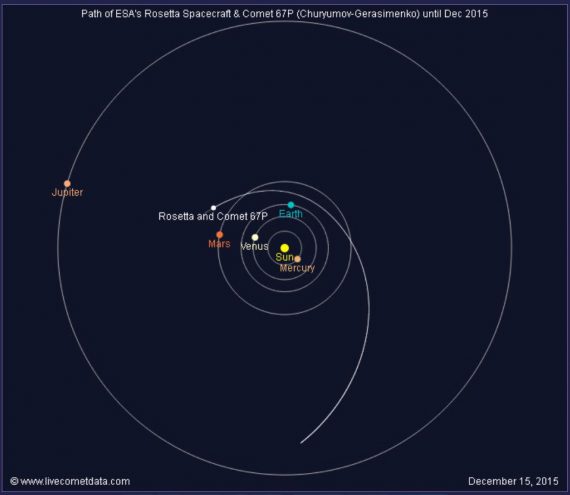 Rosetta has continued to send data back to NASA and the ESA after its mission was extended from December 2015 to September 2016. It will eventually move through the comet’s tail on its way to a “controlled impact” (crash) into the surface.

Will it possibly hit near either of the locations of the alleged UFOs? The first one was spotted in a group of images taken by Rosetta and released on September 10, 2014. The object looked somewhat metallic, appeared to be standing on legs and seemed to cast a shadow. To date, there has been no word from NASA nor the ESA on what the object might be.

The second UFO was spotted recently in a different photograph. No date was given with the image but it’s most likely from the same general timeframe when Rosetta was taking pictures of the surface of Comet 67P. This UFO does not have the metallic sheen of the first one and appears to be rounder and more like a donut. 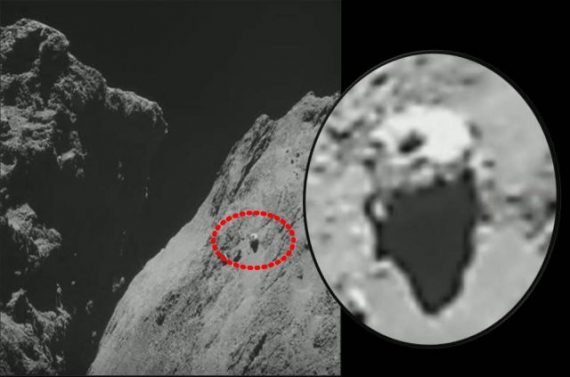 As it’s magnified, it begins to show ragged edges which suggests this UFO has been on the surface for some time and is deteriorating. Yes, all of you Homers grinding your teeth … I hear you: it could also be a donut-shaped rock. 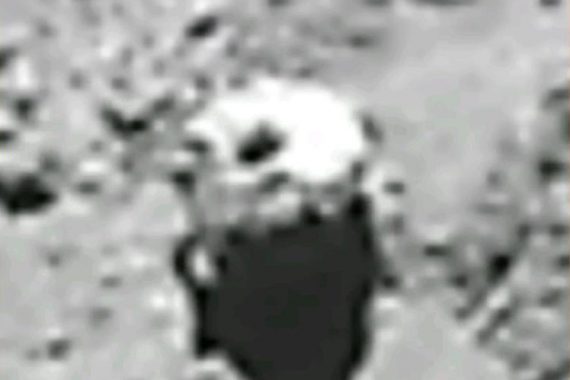 There has been speculation that Comet 67P was chosen for this mission because it harbors life or because it’s actually an alien spacecraft that has been sending signals to Earth for over 20 years. The new photograph doesn’t lend much credence to either of those theories but it’s still an interesting object and does add credence to my own theory that, next to pyramids, the most common shape in the universe is the donut.

The Church of Jediisim and the Real-Life Captain James Kirk