Sense Beyond Sense: The Mysterious Faculties of the Human Mind

Arthur Koestler, the Hungarian journalist and writer of all things ranging from political novels to the history of science, had become a controversial figure by the time his later years arrived.

Amidst rumors of misogyny that fueled skepticism over whether the mutual suicide pact, carried out by Koestler and his wife in their London home, had actually been further evidence of the author’s bullying, his interest in politics and world affairs had steadily shifted toward the end of his life. In particular, Koestler had become fascinated with the paranormal, and whether strange powers capable of reaching beyond the senses might lay dormant within the minds of all but a handful of indviduals capable of tapping, as Koestler put it with the title of his 1972 book on the subject, the very “roots of coincidence.”

Koestler’s interest had been great enough that, at the time of his death, he left his entire fortune to be devoted to the scientific study of such things, which led to the founding of the University of Edinburgh’s Koestler Parapsychology Unit in 1985. And yet, despite the broad interest in intuitive powers by the likes of Koestler, which has helped institute scientific evaluation of unexplained phenomena, we simply haven’t managed to find answers to these mysteries that provide a consistent, measurable way to understand things, let alone any which can be repeated under rigorous laboratory settings.

This, of course, runs counter to the age-old traditions spanning cultures from all parts of the world, which allude to a long history humankind has held with the unseen, whether it be ghosts, ESP, or other mysteries that have haunted us. Many would argue that there is simply too much evidence, anecdotal though it is, to easily rule out the existence of such anomalies, despite their implausible nature.

It is obvious that researchers must be wary, in an effort to study the unexplained, of our tendency to justify the existence of a perceived phenomenon based solely on whether large groups of people choose to believe it (and in some cases, this might equally be applied to widespread disbelief in a subject just as well). When considering things like ESP and ghosts, for instance, a potential argument against such belief-oriented “evidence” was cited by philosopher and lecturer Stephen Law in his book Believing Bullshit, which cites theories pertaining to what is called a Hypersensitive Agent Detection Device (or H.A.D.D Hypothesis). This, defined loosely, involves the notion that at some point in our evolution, humans developed a tendency to anticipate or “sense” presences nearby, as a guard against danger or ambush by natural predators. Hence, even today, when we hear a rustling in the bushes nearby, we’ll turn to look in that direction, often anticipating a predator or bogeyman when, in fact, the likely culprit may have been something so simple as a passing breeze.

However, several thousands of years ago, in the absence of the cushion that civilized society and technology have provided that allow safe, comfortable environments for us most of the time, it is likely that our bodies evolved in a way that wouldn’t have taken a chance ignoring that rustling nearby, and our tendency to sense “agents” in this way has no doubt carried over into modern times with us to some degree.

Though a H.A.D.D. Hypothesis can’t disprove the existence of supernatural agents like ghosts or other presumably “paranormal” manifestations, it might explain some aspects of people’s tendencies to share belief in various notions that nonetheless become equated with perceived extra-sensory “presences”. If this is indeed the case, it also illustrates that we can’t reliably affirm the existence of something based on people’s beliefs alone, no matter how large the demographic in question may be.

But despite the lack of scientific proof and the dangers of attempting to justify an argument through belief alone, could it be argued nonetheless that we also lack effective scientific methods for studying things like intuition, precognition, and other psychic abilities, based on the present limitations of our understanding of the mind and how it functions? Perhaps our methods of inquiry have as many shortcomings as the potential for likelihood that there are unexplained forces we might seek to understand. While many continue seeking ways to prove extra-sensory mysteries, perhaps the greatest mystery of all remains the human mind, and the various questions that arise in relation to our concept of consciousness, and what it may or may not be.

To illustrate exactly how little we really know of this matter, consider how the modern scientific establishment still struggles with determining the actual physical location of what we identify as consciousness (if the aforementioned can even be discussed in terms of true physicality, or in any sense of proximity, rather than purely in concept). There are a multitude of theories seeking to explain why, exactly, our conscious activities—and perhaps more importantly, our unconscious activities—are so difficult to pinpoint in terms of brain function. 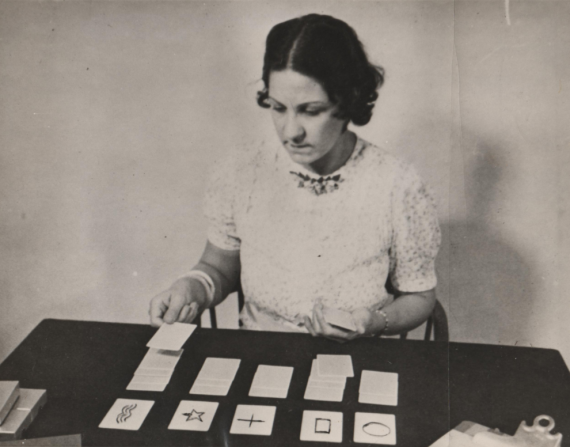 One unique perspective on this appeared a number of years ago in a scientific paper by Johnjoe McFadden of the University of Surrey, titled “Synchronous firing and its influence on the brain’s electromagnetic field: evidence for an electromagnetic field theory of consciousness," which was published in the Journal of Consciousness Studies in 2002. McFadden’s theory is fascinating: he asserts that consciousness may exist within an electromagnetic field produced by the human brain, rather than any physical part of the brain itself. If this were indeed found to be true, then we could almost liken our brains to being antennae of sorts, capable of drawing information from within a sort of electromagnetic “data cloud,” rather than some place existing physically within us. You might even compare your brain to being a sort of radio receiver, with an antenna that gathers and stores information using signals it can detect, present in the surrounding space, which it then transmits or broadcasts.

The implications here are obvious: if our brains are built to tap into electromagnetic data which is the actual root of consciousness and the mind (or at least an extension of it), one might speculate that this could this serve as a step toward understanding various phenomena ranging from sensitivities to WiFi and electromagnetic radiation, to the more far-out notions of extrasensory experiences, which also seem to emanate from outside the the physical body and its known cognitive functions.

Many questions remain about whether some psychic phenomena, if ever proven to any significant degree to be an existent function of the human mind, will be anything that can be fully understood. However, in our attempt to catalogue and study such alleged phenomenon, we must occasionally remind ourselves that even the mind itself, and the simple everyday processes it performs, are at times just as elusive and mysterious. Indeed, one would think that understanding the very medium through which things like “study” and “awareness” are made capable would hold a degree of priority, in terms of our efforts toward unraveling the nature of our universe, and the role we play in it.

As it stands, there is still much about ourselves that we fail to grasp, and perhaps even more of which we are yet to become fully aware, let alone comprehend. Throughout our quest for understanding, honest skepticism must remain paramount; though perhaps it’s a bit too early to close the proverbial book on the mind altogether, as well as its functions -- known and unknown to us today -- and the various levels of awareness it presents.