First things first: there are no “Star Wars: The Force Awakens” spoilers in this piece.

While some people think the behavior of diehard Star Wars fans is a good reason for psychotherapy, has anyone considered the mental states of the characters doing battle on the big screen? A psychiatrist in New Zealand has and her insights may help us understand Yoda’s speech quirks and Chewbacca’s anger issues. 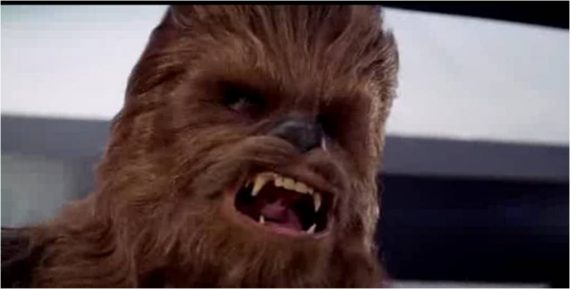 Dr. Susan Hatters-Friedman, a psychiatrist from the University of Auckland, and Dr. Ryan Hall from the University of Central Florida outlined their imaginary therapy sessions with Han, Luke and the gang in a series of papers in the journal Academic Psychiatry. The papers are meant as entertaining teaching tools but the insights are valuable to fans as well.

Hatters-Friedman points out that being a Jedi Master does not insure good mental health. Yoda’s out-of-sequence speech quirks could be a sign of surface dyslexia, a common reading disorder, or it could be due to something more serious like Williams–Beuren syndrome (WBS), a rare neurodevelopmental condition caused by chromosomal damage that causes abnormal speech, small stature and elflike facial features.

The droids and non-humans don’t fare much better. C-3PO has obsessive personality disorder (she had to go to medical school to diagnose this?), Jabba the Hutt is a psychopath (duh) and Chewbacca's temper signals Impulse Control Disorder (known in Hollywood as Mel Gibson syndrome).

The big three main characters may seem better adjusted but they’ve got their issues. Luke Skywalker starts out with prodromal schizophrenia (adolescent depression) which creates hallucinations and delusions of grandeur. Princess Leia’s obsession with seeking attention is diagnosed as histrionic personality disorder. Han Solo shows classic signs of antisocial behavior but Hatters-Friedman says he defies diagnosis … sounds like she wants him to come back a few more times for more one-on-one consultations.

Hatters-Friedman also analyzes the new characters but I promised no spoilers. And she diagnoses Jar Jar Binks but talking about that would drive us all into therapy.