Among the various recurring themes in horror fiction, scenarios that involve the idea of cannibalism have remained a lasting staple. Despite the carnage it presents, we find the motif brilliantly juxtaposed against class and couth with Thomas Harris' brilliant, but deranged serial killer Hannibal Lecter. However uniquely it is presented, cannibalism in modern horror maintains the premise that carnage, whether out of necessity, or by virtue of choice within a deranged mind, is a real and lasting element of terror.

Though Lecter remains perhaps the most popular, cult classic films within the genre have featured the idea in a number of other forms. One of the greatest among horror film aficionados is Wes Craven's 1977 film, The Hills Have Eyes, in which a family traveling through a remote stretch of the Nevada desert art besieged by subterranean cannibals that have lived off of those unfortunate enough to have passed through the region.

What is lesser known of this premise is that The Hills Have Eyes, while representative of the recurring motif of "cave-dwelling cannibals" we see echoed in films such as Ravenous and The Descent, is actually loosely based on an older legend which, though questionable in its veracity, nonetheless represents a grim mythos of cannibalism hidden away within the folklore of the British Isles.

Southwest of the burgh of Giran, Scotland, it is said that a curious spate of disappearances began to occur during the early and middle 1500s. Villagers here, as well as those in locales nearby such as Ballantrae, had begun to note the disappearance of people with time, and searches throughout the region imparted little of the whereabouts of the missing.

During one search however, the entrance to a coastal cave was discovered near Bennane Head, the entrance to which became covered with ocean water at various parts of the day with the rising tide. Surely no one could have lived in this place -- let alone any human being -- and thus, the legend tells that the cave at Bennane Head was disregarded as having any relation to the disappearances. 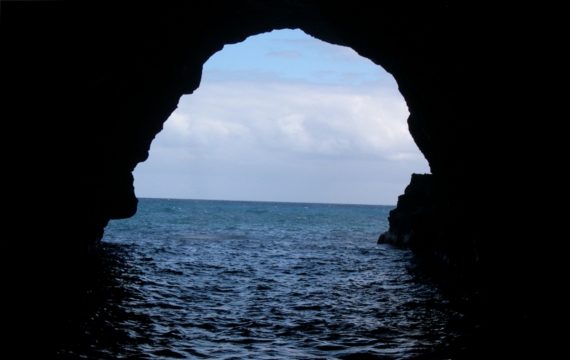 Some time thereafter, a number of fairgoers returning from festivities after dark were startled to discover a gruesome scene along the rural trail which led between villages: a married couple had been attacked on their way home, with the husband dead, and his wife merely clinging to life. Most terrible of all, they were not alone: the attackers were in midst of their business with the couple, apparently startled by the fairgoers in midst of brutally mauling their woman captive.

The attackers, now revealed to be cannibals in equal measure, fled the scene of the murder. Following official notice of their presence, legend tells that King James I of England issued a search, during which the previously unexplored cave at Bennane Head was finally probed. To a depth of more than 60 meters below the earth, the searchers followed the cavern downward, ever deeper into its recesses, discovering the littered remains of human corpses along the way.

Eventually, the object of their manhunt was also revealed: deep within the cave, hidden for more than two decades, had been the family of one Alexander "Sawney" Beane, who along with his kindred (mostly the product of incest) had existed by living off of their murderous habit of killing and cannibalizing local villagers by night. The legends tell that Beane and all of the male members of his family were executed in a most unsettling way without trial (in keeping with laws pertaining to treason at that time), while Beane's wife and daughters were burned after being allowed to watch. Further legends tell that one of Beane's daughters who left the cave dwelling savages was later discovered living in Giran, and upon being revealed as part of the group, faced death by hanging. 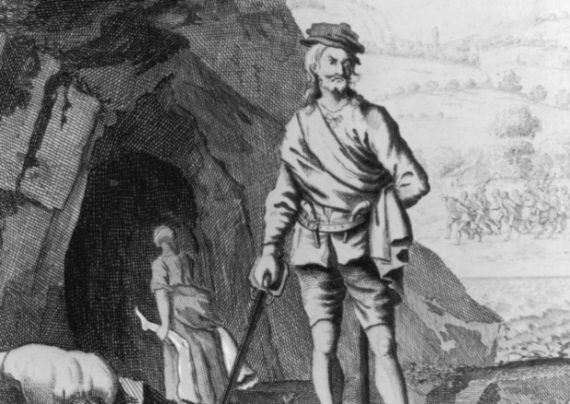 Historians and folklorists today note the similarities between the legends about Sauney Beane and his company, and that of an earlier tale about a butcher named Andrew Christie. This story, purportedly dating back to the middle 1300s, holds that during a period of famine, Christie and a group of scavengers existing among the Grampian mountains killed and consumed travelers in order to survive.

One retelling which appeared in the late nineteenth century in Proverbs, Proverbial Expressions, and Popular Rhymes of Scotland by Andrew Cheviot recounts of Christie that:

"This monster lay in wait for passing horsemen, and dragged them from the saddle with a large iron hook fixed to a long pole, hence his nickname. It is said Christiecleek died many years after, a married man and prosperous merchant in Dumfries. For centuries the mere mention of the word Christiecleek was sufficient to silence the noisiest child."

Little else can really be said of the legneds, and curiously, even of the more well-fleshed sixteenth-century story concerning Sauney Beane and his family of cave-dwelling cannibals, much seems to be amiss. Though the lives of hundreds of individuals were purportedly claimed by Beane and his company, little exists from the period which indicates record of this, though historians note that it most certainly should have existed from that time. 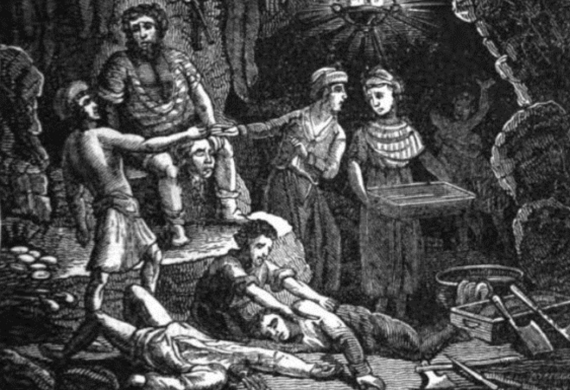 It is possible, however, that one of the stories influenced the other, or that both were retellings based on a previous legend; other historical offerings from the middle 1500s attribute such slayings to a man named "Tristicloke," bearing obvious similarity to Christiecleek, one of the various spellings attributed to Andrew Christie's reign of cannibalism during the great famine of the middle 1300s. If not based entirely in truth, there is the equal possibility that the grisly legends are built around cultural traditions and retellings of the horrors that occurred during those hard times, with the legends of cannibalism either representing the actions of certain real individuals, or maybe purely representative of the horrors of famine itself.

Regardless of the origins and veracity of Beane and Christie's exploits, such stories had served as the prime inspiration behind Craven's 1977 film The Hills Have Eyes. Additionally, one could argue that these peculiar Scottish legends of famine, and the lengths some may go to in order to overcome it, have had a much broader influence on the horror genre as well; whether by direct inspiration, or by proxy as a result of films like Craven's initial offering.