The Quest to Bring H.P. Lovecraft’s Cthulhu Mythos to the Silver Screen

With the 125th birthday of horror author and weird fiction aficionado Howard Phillips Lovecraft occurring this year, much has been said of the old gent in recent weeks. With the attention his work has received, there has also been a degree of controversy surrounding Lovecraft, culminating in the removal of his likeness from the World Fantasy Awards trophy.

Despite some of the trouble surrounding Lovecraft's legacy (which I addressed in a previous article here), his influence on horror fiction remains unchallenged, and the so-called "Cthulhu Mythos" is revered by many as possessing the hallmarks worthy of sub-genre status, at very least.

Lovecraft's imaginative additions have influenced more than merely written works though; a number of films have been made that are based on his stories as well. Among the most popular are the Reanimator films, which feature a rendition on the archetypal mad scientist named Herbert West, as portrayed by actor Jeffery Combs. Elsewhere, Combs would reappear in another Lovecraft inspired flick, From Beyond, which is arguably one of the best among Lovecraftian films ever made.

From Beyond is a curious case as far as films go, since it is a feature length film based on one among Lovecraft's shorter written works. Longer works like At the Mountains of Madness have long caught the imagination of filmgoers and directors alike, with Guillermo del Toro's quest to see the film to the silver screen among notable examples of the trouble presented before those who seek to bring Lovecraft's dark visions to Hollywood (del Toro has been met with opposition to the idea of presenting a film that would omit a traditional "happy ending", which Lovecraft's stories were typically quite stylistically void of). 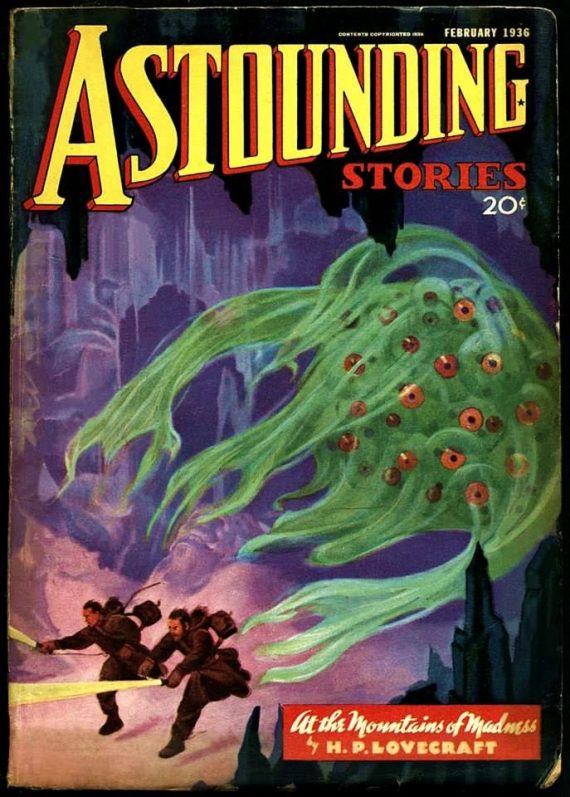 In truth, del Toro's plight is likely among the primary reasons there haven't been more major motion pictures developed around, for instance, stories like The Call of Cthulhu. The story's dark tones of ritual cultist activity and imminent destruction of mankind don't make for a very uplifting cinema experience, despite it being the cornerstone around which much of Lovecraft's imaginary mythos had been built. Hence, we have yet to see significant, big budget production of many stories comprising what are recognized as stories within the "Cthulhu Mythos".

That is not to say, of course, that there have not been any films made at all that involve Cthulhu and his elder god brethren. In fact, a rather stylized, silent-film rendition of The Call of Cthulhu was produced by director Andrew Leman, a founding member of the H.P. Lovecraft Historical Society.

I had been lamenting the lack of Hollywood attention given to so many of Lovecraft's masterpieces (despite hordes of films actually having been made that were based on his work) on a recent podcast of mine, which had brought this to the attention of my listeners. Many of them began to write in with information about the H.P. Lovecraft Historical Society, a now California-based group founded in 1987, noting that the group had similarly produced a film rendition of his story The Whisperer In Darkness in 2011. 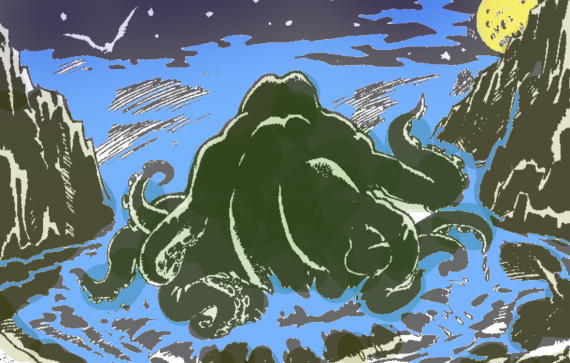 It's great to see fans devoting time (and budget, however limited) to the production of films such as these. Granted, it is also understandable why production of such films will inevitably fall on the shoulders of independent outfits such as these. And yet, despite this, I can't help but imagine what might be made of mighty Cthulhu and his kin if the right director, casting, and budgetary arrangements were to be put behind such a project; one the likes of which Guillermo del Toro keeps fighting to see to fruition.

Perhaps time will reveal such wonders, although maybe, like so many of Lovecraft's own offerings, this one simply isn't meant to resolve in a happy ending.

The Arthurian Legends of Glastonbury Were PR Gimmicks