As anyone and everyone with knowledge of the UFO phenomenon will be aware, the entire subject is steeped in controversy. But some aspects of the UFO phenomenon are more controversial than others. And then there are those aspects that are really controversial. All of which brings me to today's article. In 1997 I interviewed the well-known British UFO investigator, Jenny Randles, regarding a strange series of events she found herself in, back in late 1986. It was a very curious saga involving allegedly classified documents, dead aliens, crashed flying saucers, and much more.

It all began in October 1986, when Randles came into contact with a man who had then recently left his employment with the British Army. According to the man, he had in his possession a large stash of still-classified material on UFOs that he had acquired under very controversial circumstances. Well, despite the nature of the story, Randles agreed to meet with the man - named Robert - at a location in the English town of Eccles, which wasn't at all far from where Randles lived. Also along for the meeting with Robert was Peter Hough, a friend of Randles and a fellow UFO investigator.

The story that Robert told was as remarkable as it was inflammatory. Roughly a year or so earlier, an American individual, employed by the US military and working at Wright-Patterson Air Force Base, Dayton, Ohio, came across the computerized files while engaged in repairing one particular system at the base. And we're not talking about just a few pages of material. According to what Robert told Randles and Hough, the number of pages was huge. The man allegedly printed around six hundred pages of material, which wasn't even anywhere near the overall total.

It turns out that - allegedly - the man in question was friends with Robert's commanding-officer in the British Army; the two having met on an exchange-program. Fearful about what he had got himself into, the computer-specialist gave the hundreds of pages of material on those aforementioned crashed saucers and alien autopsies to the CO. It wasn't long before there was disturbing news: the specialist was killed in a car "accident," supposedly while under the influence of booze.

Back in 1997, when I spoke with Jenny Randles about all this, she told me: "Robert's CO explained that he was due to take on a new position with the British Army and he needed to offload the UFO files. Was Robert the man for the job?" He certainly was. At first, Robert found the whole thing exciting. High-level secrets concerning Uncle Sam's collection of deceased ETs, alien technology, and more all dominated Robert's amazed mind. But, it wasn't long before reality set in and Robert went from being excited to deeply worried. After all, if the files were the real deal, then he - Robert - was in potential, deep you-know-what. It was this worry that led Robert to approach Randles, with a view to handing the material over to her.

It was a plan that failed to work. One week - or thereabouts - after the meeting between Robert and Randles and Hough took place, Robert got back in touch. He claimed that in the intervening week, what were described as his "former employers" paid him a visit, took him to a military installation in the south of England, and intensely grilled him about those files. Robert claimed he had no choice but to hand over the approximately 600-pages. Failure to do so might backfire on his wife and children, Robert was ominously told. On handing the material over, those same "former employers" informed Robert that the files were nothing but the result of "a prank."

Many might say that Robert was nothing more than a fantasy-prone character, stringing along Randles and Hough for his own obscure amusement. But, that is likely not the case. Randles, having been on the receiving end of conspiratorial tales in the past, elected to do a bit of digging into Robert. It turns out that when the initial meeting was over, Randles and Hough had the presence of mind to note the license-plate on Robert's car. They then shared that number with a trusted source in the British Police Force, who agreed to run the number through the Force's database and see who it belonged to. The outcome was intriguing. 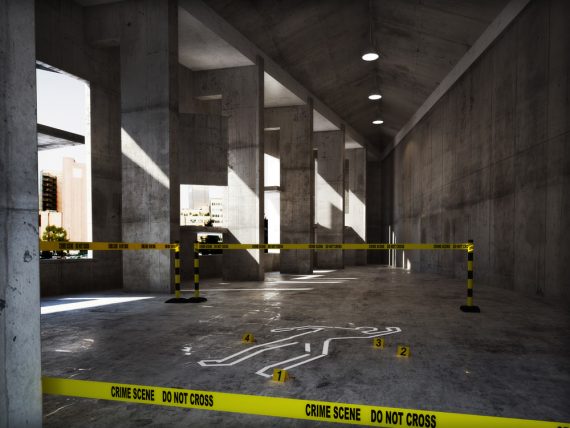 Randles told me: "It turned out that what [Robert] had told us proved to be correct. The name he had given us was his real name. He lived where he said he lived. He had recently been in the Army. And his car had been registered in precisely the same month that his Army career had come to an end."

And there's something else, too: one of the documents contained in the vast stash of material was titled "Elimination of Non-Military Personnel." Randles said to me: "[Robert] said that this was a document discussing the ways in which witnesses who had come into possession of too much information on UFOs were silenced. And although this sounds very much like something out of a spy film, from his detailed discussion of a number of case-histories in the file, the one tactic that was used most often - particularly with people in influential positions - was to offer them high-paid jobs in government departments. They had pretty much determined that, where money was concerned, people usually comply."

Randles added: "But, there was a discussion of the so-called Men in Black - people going around warning people about national security and intimidating them into silence. However, Robert told us that this tactic was only used on those whose instability was considered to be significant enough that, if they ever told their story publicly, it would not be considered credible."

Then there was one final tactic: if financial incentives didn't work, and "instability" wasn't relevant, there was always termination. Robert stressed to Randles that this last-resort tactic was rarely ever used, primarily because of the dicey and fraught nature of trying to make a murder look like a suicide or an accident.

Was Robert a definitive Walter Mitty? Might he have been telling the absolute truth? Or, was he possibly an unwitting player in some strange mind-game of a psychological-warfare nature? Almost thirty years later, the questions still linger.