When UFOs and Paranormal Phenomena Clash

On more than a few occasions I've been asked why - for the most part - I don't take a mainstream "nuts and bolts" approach to the UFO phenomenon. Well, it's true: I don't. The reason being that I see clear cross-overs between certain Ufological events and multiple other paranormal phenomena. Take, for example, the more than a few reports on record of Bigfoot seen at the same time and place as strange lights in the sky. Or, the parallels between alien abduction encounters and reports of incubus- and succubus-style activity. Then there's the matter of UFOs and synchronicities. As I see it, we're dealing with something far stranger than an extraterrestrial equivalent of NASA. A perfect example of all this is a case from 1980. It's one that has been hailed as a UFO classic (and in many respects it is). But, when we look deeper, we find it's steeped in high-strangeness; much of which takes it far away from Ufology.

Back in November 1980, a then-serving English policeman named Alan Godfrey had a profound UFO encounter in Todmorden, Yorkshire - a pleasant locale that has its origins in the 17th century. Godfrey's encounter came just five months after he was involved in the investigation of a curious death in town. The victim was a man named Zigmund Adamski. As most people will know, the not exactly common name of Adamski is a very famous one in Ufology. It was just one of those strange synchronicities that proliferate when the UFO phenomenon looms large.

As for Godfrey's UFO encounter, it occurred undercover of darkness, in the pre-dawn morning of November 29, 1980, while he was out on patrol in his police-car. As he drove along one particular stretch of road, Godfrey was amazed by the sight of what he first thought was a bus positioned oddly in the road. As Godfrey got closer, however, he could see it was something else entirely. It was actually nothing less than a somewhat egg-shaped UFO.

There then followed an experience that contained certain, key elements of the UFO phenomenon, such as missing-time, and recollections of being taken on-board a craft. However, the entity Godfrey was confronted by on the craft was not the typical black-eyed, dwarfish "Gray." Rather, it was a human-looking figure dressed in a long gown and sporting a beard. In that sense, there was more of a "Contactee"-style component to the incident. But, there was even more to the affair, too. And this is where things become intertwined with matters of the paranormal kind. 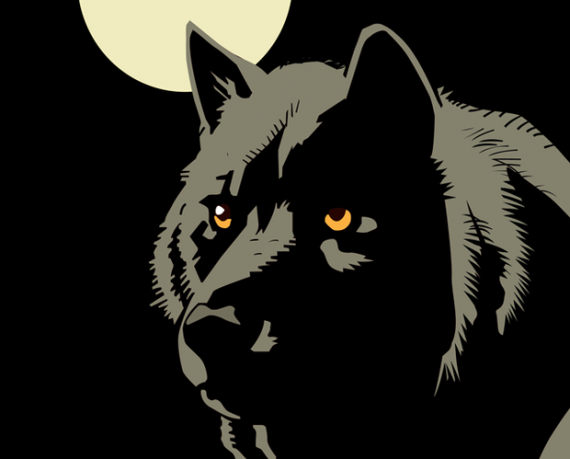 While undergoing hypnotic regression, Godfrey said that also aboard the UFO was a large black dog. This was not the first encounter Godfrey had with an anomalous hound. Years earlier, he had seen a ghostly Labrador. There was also an odd occasion - in the 1960s, and near Todmorden - when what seemed to be a woman with a large black dog stepped out in front of Godfrey's vehicle, causing him to slam the brakes on. Both the woman and the dog vanished. It just so happens that Todmorden has in its midst centuries-old legends of what are known as the "Gabriel Hounds." They are akin to the UK's wider, ancient, phenomenon of so-called "Phantom Black Dogs" of the kind that inspired Sir Arthur Conan Doyle to pen the Sherlock Holmes novel, The Hound of the Baskervilles.

Todmorden is also home to Blackheath Barrow, a Bronze Age site at which, legend suggests, the long-dead sometimes show themselves. Missing time, weird balls of light, and strange and dwarfish entities have been reported from within Blackheath Barrow. So, what we have is a man who, in November 1980, had a profound UFO encounter in a fairly small town that has been steeped in weirdness for centuries. That Alan Godfrey recalled - under hypnosis - seeing a large black dog aboard the UFO, and in a town that has a phantom-hound tradition attached to it, is intriguing.

For me, at least, all of this suggests that whatever the truth of the UFO phenomenon, it's far stranger than anything of that aforementioned "nuts and bolts" nature.

The Village of the Creepiest Children