It is a mystery that has captivated the world, and a disappearance so baffling that, at times, the circumstances surrounding it have seemed nearly impossible.

Malaysia Airlines Flight 370, which vanished on March 8, 2014, while flying from Kuala Lumpur International Airport to Beijing, China, has become the most recognized and baffling aviation incident of recent times. The few clues that have surfaced since its disappearance still offer little in the way of a conclusive determination about its fate or final resting place, with searchers still probing the possibilities as to what, exactly, may have happened to it.

And now, the latest theory about the 'impossible' disappearance likens the aircraft to a "zombie plane", citing sudden electrical failure on board the craft as a possible cause underlying its strange disappearance.

Fox News and The Daily Beast reported early on Friday that a new Australian Defense Science and Technology report which, packed away within the detailed report, cited 'ravaged' avionic systems on board the aircraft, which left a helpless crew flying aboard an aircraft which continued on under the plane's autopilot control until it ran out of fuel.

The new report argues that the aircraft, in its diversion over the southern Indian Ocean, remained airborne for seven hours and 38 minutes, more than two hours longer than the length of its scheduled flight.

According to the Australian report, four possible scenarios are cited as the cause of the blackout, which occurred some time after the final scheduled contact via the onboard ACARS digital datalink transmission. Among the scenarios outlined in the report, technical errors that may have resulted from crew actions that included use of overhead switches are mentioned, as well as someone resetting circuit breakers in the jet's equipment bay. 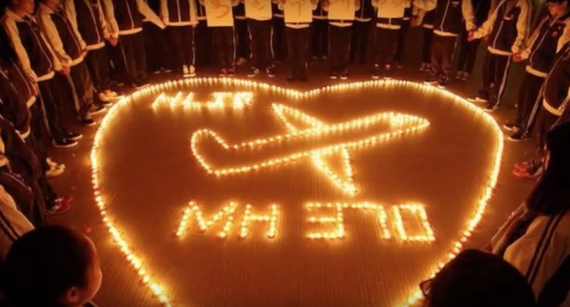 One of the lingering questions about the MH370 disappearance involves the aircraft's transponder, which ceased to function at 01:21:13. Coinciding with the transponder going offline, military radar records show that Flight 370 began what appeared to be a right turn, followed "almost immediately by a change in course back to the left, positioning the jet on a southwesterly course.

During an exchange with an aviation expert via email (who requested anonymity), he suggested that it seemed unlikely to him, based on questions that include the transponder, that this had been purely a mechanical failure, maintaining that some human action would seem most likely in relation to the disappearance of MH370:

"Aircraft electrical systems are very intricate, and at the same time very simple.  Without boring you to death, the very essential equipment you need to fly is usually powered by a 28v DC power source that would be powered by the very "last resort" piece of equipment you can loose in the event of a failure as described... [in this case] the aircraft battery.  The radar transponder is one of those pieces of equipment you need to fly, so you can be identified by ATC.  When the plane was lost on radar that transponder was turned off, and I suspect the circuit breaker connecting it to the its power was also pulled.  [This] had to be done by a human hand.  Too many things would have had to happen for it to loose power along with everything else."

Following the 9/11 attacks of 2001, a strong case was made for the institution of automated transponders aboard such aircraft. However, many aviation officials and experts maintained that manual control systems should be required, in the likely event that emergencies stemming from electrical malfunctions might arise. Following the MH370 disappearance, similar calls for automated transponders have been made, although existing arguments in favor of manual controls, as well as prohibitive costs associated with installation of automated systems, have been cited as reasons that are preventing such changes at present.

The bottom line, however, is that even in the event that electrical systems on board MH370 had failed as the new Australian report suggests, this would not necessarily "solve" the mystery, as many news headlines have suggested following the report's release. Whatever the cause of the disappearance may have been, as yet to be determined in any complete sense by crash investigators, there are a number of broader components to this case which, in truth, may never full be understood.