A Strange Tale Of UFO Garbage!

If the title of this article caught your eye, and you're wondering what on earth it's all about, read on. It's without doubt one of the strangest stories to have crossed my path. And, the subsequent investigation was equally strange - but very intriguing too. It might sound like something perfect for April Fools' Day. But, I assure you it's not. The precise date on which everything kicked off eludes me, but it was sometime in late 1996; maybe October or November. And it all began like this...

The phone rang. It was someone who I knew vaguely within the UK-based UFO research field. He told me a curious and bizarre story. It revolved around none other than Nick Pope - who, from 1991 to 1994, investigated UFO reports for the British Ministry of Defense. So the tale went, early one morning Pope happened to look out of his bedroom and saw two men (dressed entirely in black, no less...) rifling through the contents of his dustbin. The story continued that Pope leaped downstairs, flung open the front-door, and proceeded to give the Men in Black a good beating. 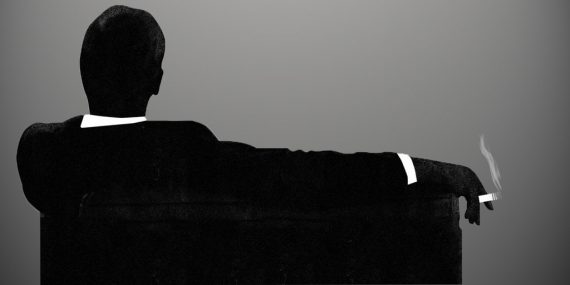 Pope, by now furious, demanded to know what was going on. After repeatedly questioning the pair, he was told that their presence was part of a surveillance program run by the UK's Government Communications Headquarters in Cheltenham, England. For those who may not know, GCHQ is the UK's equivalent of the United States' National Security Agency. The story sounded very unlikely, but I decided to go direct to the man himself, Nick Pope, to see if there was any truth to the matter.

"Oh, I know what this is all about!" Nick laughed out loud, when I interviewed him in a London pub on a cold and wintry night in January 1997. He explained: "A piece had appeared in the Guardian [newspaper] some time ago saying that my rubbish had been 'interfered with' - which, in fact, it had. But it didn't quite happen like that chap said." So, how did it happen? Pope explained to me that it was the day after Easter Bank Holiday in 1995. As was his usual routine, he had placed his garbage bin outside his house for collection. However, he had forgotten that the previous day had been a Bank Holiday, and that, as a result, the garbage was now due to be picked up one day later than normal. In Pope's own words to me:

"As I say, I'd forgotten this, and put mine out on the normal day. You know how it is when you put your rubbish out, everyone thinks: what does he know that I don't? So, it ended up that in our little bit of the close, everyone had put their rubbish out because I had got the wrong day. But, when I got back home in the evening, my rubbish had been collected, but everyone else's was still standing there. I mentioned this to one or two people, who said, 'Well, you know, it's obvious. Some agency has been collecting your rubbish as part of a surveillance operation, and has been doing so on the official collection day so as not to arouse suspicion. But, like you, on this occasion they got the wrong day. They collected your rubbish, thinking the real collectors would be along soon, and you'd never notice.' Now, at the instigation of a friend, I wrote a sarcastic little note and put it in the next batch of rubbish."

"What did the note say?" I asked, amused at the way this was all turning out.

Pope replied: "Well, I wrote, 'To whom it may concern: Bet you didn't think they'd have you doing this when you joined up. Bet you thought it would be more glamorous; lots of running around with guns. Still, everyone has to start somewhere. Apologies for the remains of the Indian takeaway!'"

So, who did Pope think was responsible? He told me: "If there was anything sinister, I think it was probably journalists, as opposed to anything more spooky. This hasn't happened to me since, but it's been suggested to me that this is because of my note and the whole thing being referred to in the Guardian. It rather sort of smoked them out." 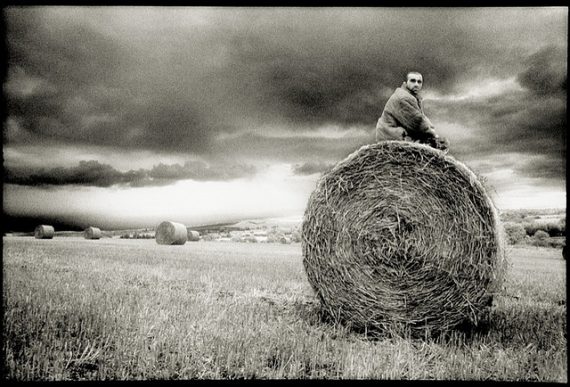 Was the matter as innocent as Nick Pope suggested? Or was he the subject of a government-orchestrated monitoring operation? I decided to dig a bit deeper - although not literally into the depths of Pope's garbage bin, I should stress! One of those I spoke with on this matter was a good friend of mine, Matthew Williams. Today, Matt is perhaps most well-known for being one of the very few people arrested, charged and convicted for making a Crop Circle - in the English county of Wiltshire. The actual charge was criminal damage. However, before he immersed himself in the fields of Crop Circles and UFOs, Matt was employed for a number of years by the British Government's Customs & Excise - first with the personnel division and later with the criminal investigations unit. I asked Matt if he had come across anything similar during his time with the C&E. In response, Matt said:

"Absolutely all the time. If there was someone who was under surveillance, we would find out from the local council which day was 'bin day,' then we'd turn up very early in the morning on that day and collect the rubbish, just like the bin men would. Doing it the same day as the official collection usually means you don't create suspicion. The whole contents of the rubbish would then be brought back to the offices, and then there was the task of having to go through it all. We were usually looking for evidence of drug-taking. But, this was standard practice for many government departments."

Matt continued: "Normally, during surveillance operations, you'd be given background information on the person you were investigating; however, occasionally orders would come down from on high to carry out a surveillance of someone's house or place of business, or whatever. In these cases, you would never know on whose behalf you were carrying out the surveillance. Or why. You would just report back to the office and the information would be referred back to whoever it was that had requested the surveillance. These operations were known as 'secret squirrel' operations, and they would basically allow the security services to carry out their investigations without getting their hands dirty. The whole thing is, it could mean that those directly involved in carrying out surveillance on people in the UFO community aren't the security services, but are just some local civil servant who doesn't really know what he's investigating. That keeps everything really secret."

And there ends the strange story. Secret surveillance of Nick Pope? Journalists? For those like me - who are fascinated by some of the weirder aspects of Ufology - the questions still remain.