“An Extraordinary Occurrence” of the Beastly Kind

As those that follow the subject of Cryptozoology will know, over the years numerous reports have surfaced of certain so-called cryptids being nothing stranger than "circus escapees." You can find an article from me on this very subject, right here at Mysterious Universe. The article demonstrates that, very often, it's merely an assumption that the animals in question have made successful bids for freedom from circuses, zoos, and menageries. But, all too often, when checks are made at those aforementioned circuses, zoos, and menageries, no evidence is found to support the "escapee" theory. There are, however, some cases which suggest we should not dismiss all such claims.

One perfect example caught my attention just a couple of days ago - thanks to the research of Kent, England-based author/investigator, Neil Arnold. Neil has uncovered an old (specifically from May 25, 1872) newspaper article titled "An Extraordinary Occurrence." The title is certainly an apt one! It begins: "An extraordinary occurrence, and one which might have been attended with grave consequences, took place in the pretty village of Worthing, near Basingstoke, a short time since."

The article continues that a young girl - described as being "the daughter of respectable parents in the village" - was playing in the garden of her home when what the media referred to as a "strange animal" jumped over the fence which surrounded the garden. The beast did far more than that, however. It violently lunged at the terrified girl, reportedly attacking her, plunging its teeth into one of her arms, and ripping her clothes. According to the story, "The child escaped, and ran home in - as may be imagined - a great state of alarm, telling her parents as well as her fears would admit..."

The marauding animal was described in appropriately monstrous fashion. The girl said that the thing which attacked her was "a large beast," had "hair on his face," and possessed "huge tusks." The press added that the child "...also showed her arm, on which were visible marks of teeth."

Hardly surprisingly, we're told that throughout the village of Worthing the girl's account provoked "great consternation." No doubt! The next development in the story sounds like it came straight out of the plot-like of one of those old black-and-white Frankenstein movie of the 1930s. Except, of course, for the fact that the encounter occurred back in 1872. The press said of this development: "...many of the inhabitants turned out with sticks and pitchforks, in the hope of capturing this unknown visitor, but the search proved fruitless." 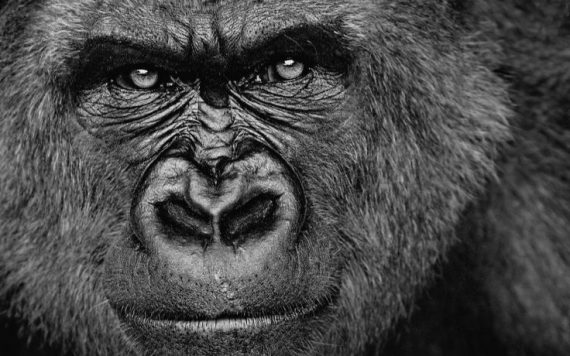 With the monster being so elusive, it wasn't long before some began to doubt the girl's story: "...as the child's statement became more alarming on frequent repetition, it was supposed by many that the story was a mere invention." It seems, however, this was not the case. Indeed, just a couple of days later, the creature was seen again - this time in what was referred to as a "neighboring village." On top of that, another newspaper in the area ran an article in its pages that appeared to solve the mystery. Readers were told that a gorilla had escaped from a "traveling menagerie" and a reward was on offer for anyone who could provide information on the whereabouts of the gorilla.

The story concluded as follows: "...there can be no doubt but that the missing animal was the assailant of the little girl, who, we think, was most fortunate in not being more severely hurt." Perhaps the events occurred just as the press reported and claimed. It should be noted, however, that a near-identical story surfaced seven years later. This time, a gorilla was said to be roaming parts of Shropshire and Staffordshire, England. It had, reportedly, escaped from yet another menagerie. Urban legends or fact?

If the accounts are true, it's not at all impossible that such escapes may have provoked more than a few legends of Bigfoot-type creatures and hairy "wild men" seen in 18th and 19th century England.