Will 2017 be the year the U.S. government finally opens its long-rumored UFO files to the public? That’s what Democratic presidential candidate Hillary Clinton implied in a recent interview with a New Hampshire newspaper. To add fuel to the fire, Clinton’s campaign manager and known UFO believer John Podesta tweeted his support for disclosure once again. Will 2017 be the year The X-Files becomes a documentary?

Hillary Clinton was questioned about UFOs by Daymond Steer, a reporter for The Conway Daily Sun, a free daily newspaper in Conway, New Hampshire. She may have felt comfortable with Steer since he claims he interviewed Clinton about the subject during her presidential campaign in 2007. This time she told him:

Yes, I'm going to get to the bottom of it … I think we may have been [visited already]. We don't know for sure.

Mrs. Clinton also noted that her campaign manager is pressuring her on the subject:

He has made me personally pledge we are going to get the information out. One way or another. Maybe we could have a task force go to Area 51.

Did a presidential candidate just refer to Area 51? This was Clinton’s first public statement on the subject of UFOs and John Podesta wasted no time in expressing his approval and excitement about his boss’ comment by posting the following tweet:

Just in time for the X-Files revival. #TheTruthIsOutThere

So, what should we make of all of this talk about UFOs, Area 51, alien visits and disclosure coming from a Democratic presidential candidate and her campaign manager? After all, Podesta and his previous bosses (he was President Bill Clinton's chief of staff and Counselor to President Obama) had two terms each to open these files and didn’t (there's still time).

Isn't the truth out there for everyone? 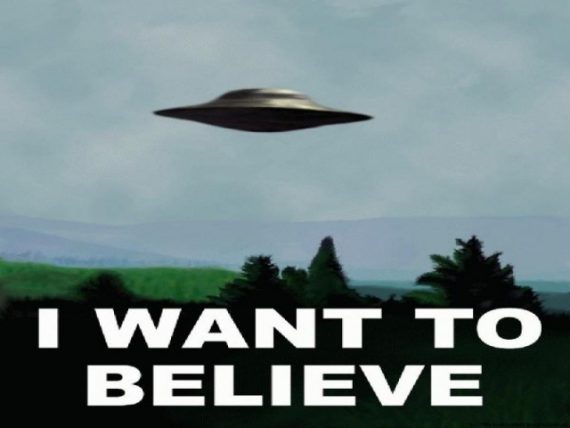 It Was Climate, Not Beauty, That Killed the Beast