It Was Math That Killed The Conspiracy Theory

Meet David Robert Grimes, a postdoctoral research associate at the University of Oxford who studies cancer and is a science writer and broadcaster. When callers asked about conspiracy theories involving science and medicine, he decided to find a scientific test to determine their validity. The result is his study published recently in the journal PLOS ONE.

Grimes first created an equation to calculate how long it would take for someone ‘in the know’ on the conspiracy to blow the secret, either intentionally or accidentally. The equation took into account the number of people in on the secret, how long it took for one to reveal it and an estimate on the probability of one person revealing it – 4 in a million. That estimate was based on three real proven conspiracies: the NSA Prism surveillance program, the Tuskegee syphilis experiment and the FBI forensics scandal.

Dr. Grimes then applied his equation to four alleged conspiracy plots – the manned moon landings were a hoax, climate change is a fake, unsafe vaccinations are being covered up and the cure for cancer exists but it’s being suppressed by drug companies.

Next, he calculated how long before these things – if they were hoaxes – would be exposed: moon landing (3 years 8 months), climate change (3 years 9 months), vaccinations (3 years 2 months), cancer (3 years 3 months). In other words, if the moon landing really was a hoax, it would have been exposed - voluntarily or otherwise – within 44 months of its occurrence based on how many people had to keep it secret. According to Grimes’ equation, Armstrong and Aldrin’s footprints are up there.

The equation can also be used to figure out how many people could be let in on a conspiracy based on how long it needed to be kept quiet. If you only need to keep the secret for five years, you can tell 2521 people; 10 years – 1,000 people; 100 years – better only tell 125 people.

Not surprisingly – statistically speaking – the less people who know, the better. I wonder how many people know Elvis is still alive? 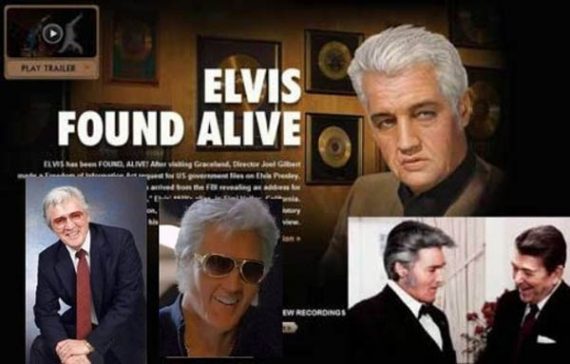