NASA Now Has a Department of Doomsday Defense

If the possibility of a massive meteor smashing into the Earth has you tossing and turning and sleepless all night, here’s some news that might help. NASA recently announced the opening of the very serious-sounding Planetary Defense Coordination Office. Can you can start resting easier and maybe cut back to just tossing … or is this a too-little-too-late cover-your-asteroid move by a worried NASA?

[The Planetary Defense Coordination Office will supervise] all NASA-funded projects to find and characterize asteroids and comets that pass near Earth's orbit around the sun.

That’s from NASA’s announcement about the new office, which receives its funding from a $50 million budget approved by the White House for near-earth object observations and planetary defense. “Find” sounds good, but what does “characterize” mean? Swat away with character?

NASA's long-term planetary defense goals include developing technology and techniques for deflecting or redirecting objects that are determined to be on an impact course with Earth. 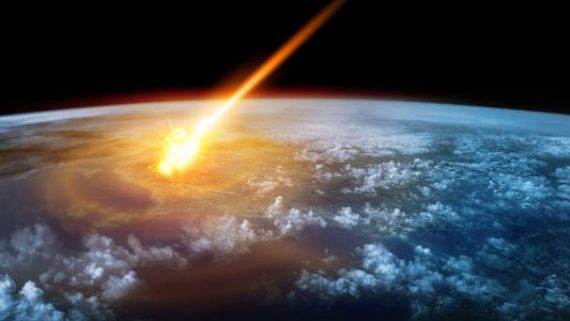 That sounds better, although $50 million is barely enough to pay for the special effects in a movie about stopping an Earth-bound asteroid. What happens when the money runs out?

Even if intervention is not possible, NASA would provide expert input to FEMA about impact timing, location, and effects to inform emergency response operations. In turn, FEMA would handle the preparations and response planning related to the consequences of atmospheric entry or impact to U.S. communities.

That’s right … the plan is to bring in the Federal Emergency Management Agency (FEMA) to move everyone into the nearest NFL football stadium until the smoke clears and the nuclear winter ends.

That’s $50 million and FEMA to protect us from the 1,500 new near-Earth objects (90 percent of which are wider than 3,000 feet) detected every year by NASA and the countless potentially dangerous objects of 450 feet wide or larger of which only a quarter are currently detected.

Think you can do better on your own? NASA has an Asteroid Watch Widget you can download and a Near Earth Object Close Approaches website with a list of known incoming objects.

While there are no known impact threats at this time, the 2013 Chelyabinsk super-fireball and the recent 'Halloween Asteroid' close approach remind us of why we need to remain vigilant and keep our eyes to the sky.

All that for $50 million? Here’s my do-it-ourselves plan:

On the count of three, we all toss-and-turn at the same time and in the same direction and push the Earth out of the way of the asteroid.

Are you with me?

Luggage of the Future Delivers Itself to Your Plane or Room