The Messengers: UFOs, Owls and Synchronicity

"I get a strong sense that Mike was guided to write this by the UFO intelligence and I think the reader will get that. This is the first time I have seen this level of both a book and its author being inextricably linked to the phenomenon itself since Strieber and Communion. Communion was clearly more than just a book; I believe the phenomenon intended it to be written, published, and read on a large scale. I think Mike’s book is another example of this."

The above quote is mine and was written as a blurb for Mike Clelland's new book, The Messengers: Owls, Synchronicity and the UFO Abductee. As my words make clear, Clelland's book is a very important one, and for several reasons: (A) the subject-matter is one which a lot of people in Ufology may have heard of, but which has not (until now) received the scrutiny it deserves; (B) the author is an integral part of the story, and is, therefore, in an ideal position to comment on it; (C) the book demonstrates that approaching and studying the UFO phenomenon purely from the "nuts and bolts" angle is as pointless as it is utterly misguided; and (D) The Messengers reveals time and again something that so many who have immersed themselves in the UFO enigma have come to realize. Namely, that the investigator often attracts the deep attention of the phenomenon and, as a result, becomes an integral part of the story. Arguably, the investigator even becomes the subject of significant manipulation. 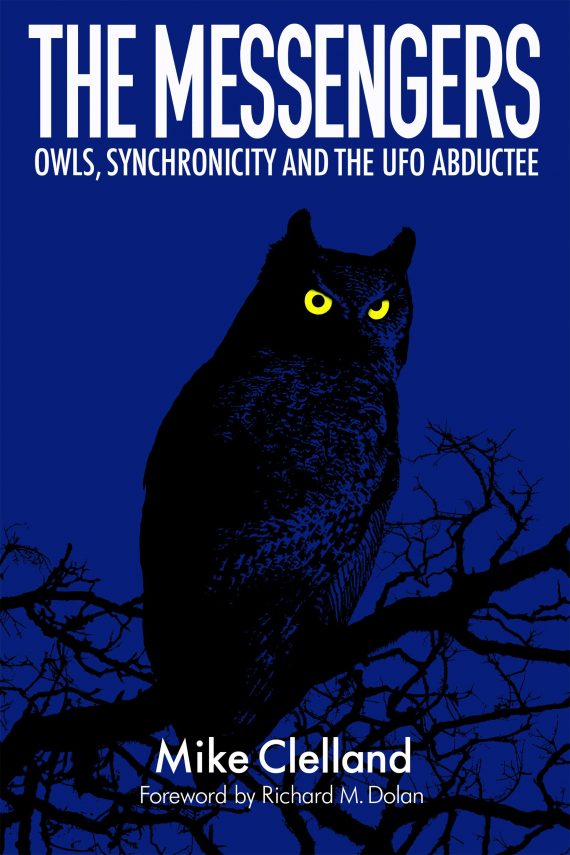 Given that the book runs to almost 400 pages, and deals with a curious, under-appreciated and under-reported phenomenon, some might assume that The Messengers contains a great deal of padding. They would, however, be dead wrong. The sheer, collective level of data, witness testimony, and case-histories is massive. And, as you will surely have guessed by the title of this article, the book deals with the connection between the UFO phenomenon and owls. A deeply strange phenomenon, to be sure.

The chapter titled "Owls as a Screen Memory" demonstrates something notable: that the UFO phenomenon often uses the owl motif as a means to mask the real nature of certain UFO encounters. Witnesses tell of seeing impossibly large owls, very often while driving late at night, and in situations involving so-called "Missing Time." We're talking about people assuming they saw large, anomalous owls, when the reality of the situations was likely very different. Does the UFO phenomenon utilize owl-like imagery to try and ensure the witness fails to realize what really happened? This particular chapter suggests that's exactly what's going on.

This issue is further expanded on in the "Owls and the UFO Abductee" chapter, which further amplifies the connections. What's particularly interesting about this chapter, however, is that it shows many encounters between owls and abductees involve real owls; and not screen-memories of something very different. In other words, as Mike Clelland shows time and again, the answer to this puzzle is not based solely around an "aliens are hypnotizing people into thinking they have seen owls, rather than ETs"-themed situation. It's way weirder.

This all leads us towards another fascinating chapter: "Owls=UFOs=Synchronicity." I have personally experienced numerous UFO-themed synchronicities over the years, some of them of a very bizarre and surreal nature. You may well have found yourselves in such situations, too. Certainly, in relation to owls of both the real and the mysterious kind, Clelland has some amazing accounts to relate, some of them focused upon himself.

So, what's going on? Well, without giving away all of Clelland's theories and ideas, it's important to note that the book goes far beyond the matter of those aforementioned "nuts and bolts"-type UFOs. We're talking about such issues as owls, the afterlife, and the realm of the dead; the domain of ancient owl-based folklore and mythology; owl-themed dreams; connections between owls and altered states of mind; matters relative to conspiracy and cover-up; and mysterious owls in the worlds of movies, novels, and television.

As Mike Clelland skilfully demonstrates, the UFO-owl issue is a real one. It's not, however, an issue that can be explained in simple terms. The entire situation is multifaceted, requires an open mind to appreciate it, and is fascinating, uplifting, and disturbing in equal measures. This is a very important book on an enigma-filled topic that - finally - has the extensive treatment it deserves. And it may very well radically change your thoughts on the real nature of the UFO enigma. And also on what passes for reality itself.