The Mystery of the Missing Cats

As practically each and every British soul of a certain age will graphically recall, midway through 1976 the good folk of the nation were pummeled into exhaustion and submission by one of the hottest summers on record for many a decade. I was just eleven years of age at the time and I still remember it. Water-supplies came perilously close to completely drying-up. People were seemingly dropping like flies from the effects of overwhelming heatstroke. And there were even dark rumors flying around that the Army would take control of the streets, in the event that the fabric of society should begin to unravel and crumble. At one point, the temperature reached 96.6 °F; which is pretty impressive for the British Isles, to say the least! That the Sex Pistols’ excellent anthem, "Anarchy in the UK," hit the airwaves later that year only made 1976 even more apocalyptic for us Brits.

Fortunately, such a scenario of overwhelming disaster did not come to pass, and the extraordinary weather eventually gave way to what generally passes for normality in the British Isles. Namely, rain, wind and dark grey skies. And everyone, I’m sure, breathed a distinct sigh of relief when the sun finally elected to move on to pastures new, so to speak. That same year was famous, or rather infamous and mysterious, for something beyond just the boiling weather and punk rock rebellion, however.

It was also in 1976 that something very peculiar indeed occurred in the southwest part of the country, as Jon Downes, the well-known cryptozoologist and Director of the British-based Center for Fortean Zoology, notes. Indeed, Downes was living not at all far from where the disturbing activity took place. According to Downes:

"Cats were disappearing from Redruth, Falmouth, and Penryn over the summer. According to a representative from the Cat’s Protection League, abnormally large numbers of cats were missing from their homes. The spokesman for the charity claimed that they were being sold to vivisectionists; but that is a common story used to explain such spates of missing creatures, and is, I feel, unlikely to be true."

Downes continues as follows: "Cats are among the easiest creatures in the world to breed. There is never any shortage of kittens free to a good home, and were vivisectionists (or cat-furriers) to want a supply of such animals, it would be extremely easy to arrange a constant supply without the need of breaking the law. It is also unlikely that the market forces would demand a particularly large number of such animals; and it is almost certain that any hospital, research laboratory, or chemical firm worth its salt would buy their experimental animals from reputable suppliers rather than from the sort of shady character who would attempt to make a living from selling stolen pears." 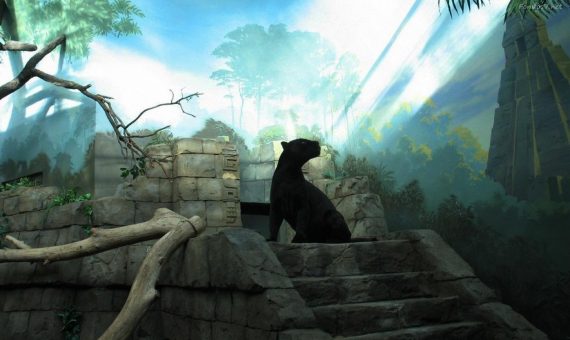 As Downes also astutely notes: "Spates of missing cats almost certainly have a different explanation; but they are of great interest to people like me. It is a well known fact that the number of missing cats rises according to the number of sightings of alien big cats [known as ABCs] in the vicinity. Zoologists who believe in such things will claim that this is because pumas – the animals most likely to be responsible for the vast majority of 'genuine' ABC sightings - are partial to the taste of their smaller, domesticated cousins."

That there are large, wild cats of the puma kind roaming the UK (and of a type that simply should not be seen anywhere in the country) is pretty much accepted by whole swathes of the population. That those same large cats might actually be feeding voraciously upon their smaller cousins – as Jon Downes has suggested – casts a disturbing light on this strange issue of both zoological and cryptozoologial proportions.

A Strange Tale Of UFO Garbage!