UFO TV: A Show Worth Watching

Back in 2009, I wrote a book titled Science Fiction Secrets. It was a study of how, and under what particular circumstances, the realm of science-fiction had crossed paths with that of high-level government secrecy and conspiracy. Doing the research for the book was something of a revelation for me. It demonstrated that there does appear to be some form of crossover between science-fiction and governmental shenanigans, suggesting the startling possibility that the world of Hollywood and the secrets of the Pentagon may be closer than we think. They may have even come together on occasion to help instill ideas about UFOs and alien life in the collective mind of the populace.

I elected to keep my own views and opinions out of Science Fiction Secrets. Instead, I chose to provide the reader with just the facts. But, it’s fair and accurate to say that my personal interest in science-fiction reflects the kinds of things I wrote about in the pages of my book. I’ll tell you what I mean by that. Frankly, watching endless TV shows or films set in the depths of outer-space, in which laser-gun-wielding good-guys and bad-guys do battle with each other, while huge spacecraft soar across the starry skies, and human-looking aliens run around in silver-suits, bores me rigid. In fact, it bores me beyond rigid.

If I'm going to watch (or read) science-fiction, then it has to contain a high-degree of conspiracy and cover-up, such as (a) the excellent 1998 movie Dark City and its attendant, menacing Men in Black-style aliens; (b) The X-Files (of course!); (c) the sadly-short-lived Dark Skies; and (d) David Bischoff’s superb UFO book trilogy of 1990-1991: Abduction, Deception, and Revelation (which, if you haven’t read them, then you really, really should). But, my all-time number-one science-fiction/conspiracy product is the classic, paranoia-driven 1960s series, The Invaders, that starred actor Roy Thinnes as the alien-hunting hero of the show, David Vincent. 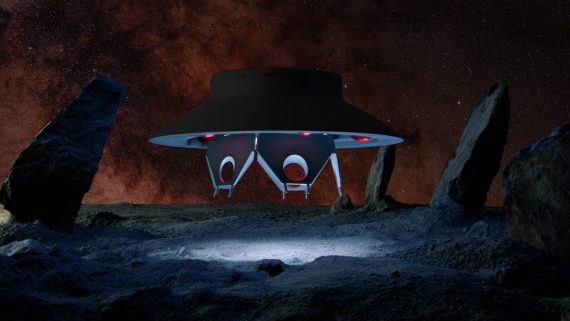 A great combination of the best parts of The Fugitive, The Twilight Zone, and Invasion of the Body Snatchers, The Invaders was a show years (actually, decades) ahead of its time. It easily eclipsed the simplistic, mindless and cheap to make, "shoot 'em up"-style science-fiction output that seemed (and still seems) so popular on certain TV channels. It oozed a high degree of menace, a sinister atmosphere, thought-provoking plot lines, and – at the heart of it all – human-looking hostile aliens bent upon the infiltration of our society and the ultimate destruction of the Human Race.

I recall first watching the show as a young kid in the mid-1970s, utterly enthralled by David Vincent’s near-solitary quest to expose to the world the dark truth of the alien threat among us – while all the time pursued by definitive Men in Black-style extraterrestrial assassins. I thought: this is great! The show was then repeated some time in my teens, and prior to purchasing the DVD set a couple of years ago, I was probably in my late-twenties when I last watched the show. And, I’m pleased to say that The Invaders still stands the test of time, now close to 50 years after it first aired (the show ran for two-seasons: from January 1967 to March 1968).

It’s a great shame indeed that the show was cancelled before the story reached its conclusion. No, The Invaders did not come to an end because of some high-level conspiracy. Ratings were the culprit. But, that the series still commands a loyal following, that it’s now available for one and all to own, and that its legacy is a notable one, makes The Invaders the definitive science-fiction work. For me, at least.

And there’s an afterword to all this: close to 10 years ago to the day, I met Roy Thinnes while filming a TV show in New York. I’m very pleased to say he was happy to sit and talk with me backstage, while we waited to be called to the cameras. I had a fun 45-minute (or thereabouts) chat with Thinnes about The Invaders, as well as about his starring role in The Norliss Tapes – the 1973 pilot for a planned paranormal-themed series that was sadly never made, but which would have made a fine follow-on from The Invaders. I’m also pleased to be able to say that Thinnes was refreshingly free of the tiresome egotism that affects so many Hollywood types, was friendly and talkative, and discussed his good memories of working on the show, and his thoughts on the UFO puzzle.