From February 24 to 25, 1942, something very strange happened in the skies over southern California. Or, didn't happen. If it all sounds a bit confusing, there's a very good reason for that: it is confusing! Beginning on the night of the 24th, and continuing throughout the early hours of the 25th, certain events occurred which Ufologists have taken keen note of. To be specific: California was visited by an untold number of "enemy planes" that, in the years since, have been perceived by many as UFOs. But, were they? Were there actually any unknowns?

It's important to note the time-frame when the controversial events went down: only two and a half months after the terrible events at Pearl Harbor, Hawaii, occurred. Anyone who lived through the equally terrible events of 9/11 will recall the panic and paranoia that quickly followed the attacks on the World Trade Center and the Pentagon. People were jittery and on edge. That was precisely the situation in the wake of Pearl Harbor, too. It was a devastating attack by the Japanese which resulted in the deaths of close to two and a half thousand Americans. And more than a thousand were injured. No wonder that, in early 1942 - and with Pearl Harbor still fresh in the minds of all Americans - people were worried and looking to the skies in fear. 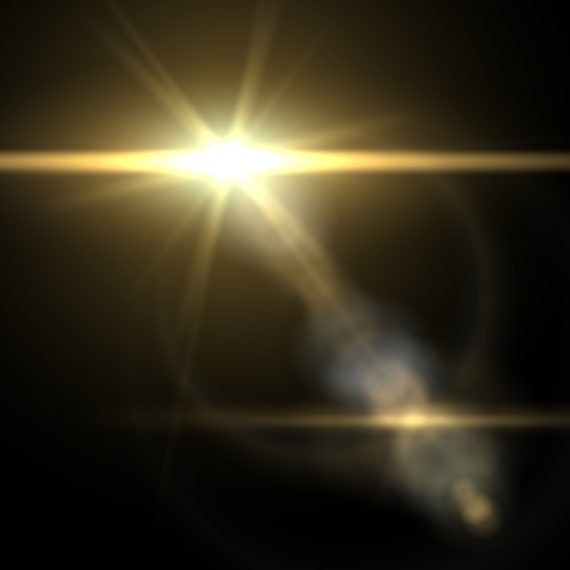 All of which brings us to February 24-25. From declassified documentation of the U.S. military, we're told the following about the night when Southern California received a series of mysterious visitations. From who? From what? Those are the big questions. Consider the following, extracted from the relevant documents:

"During the night of 24/25 February 1942, unidentified objects caused a succession of alerts in southern California. On the 24th, a warning issued by naval intelligence indicated that an attack could be expected within the next ten hours. That evening a large number of flares and blinking lights were reported from the vicinity of defense plants. An alert called at 1918 [7:18 p.m., Pacific time] was lifted at 2223, and the tension temporarily relaxed. But early in the morning of the 25th renewed activity began."

The files reveal what happened next: "Radars picked up an unidentified target 120 miles west of Los Angeles. Antiaircraft batteries were alerted at 0215 and were put on Green Alert—ready to fire—a few minutes later. The AAF kept its pursuit planes on the ground, preferring to await indications of the scale and direction of any attack before committing its limited fighter force. Radars tracked the approaching target to within a few miles of the coast, and at 0221 the regional controller ordered a blackout. Thereafter the information center was flooded with reports of 'enemy planes,' even though the mysterious object tracked in from sea seems to have vanished."

Moving on, we have this: "At 0243, planes were reported near Long Beach, and a few minutes later a coast artillery colonel spotted 'about 25 planes at 12,000 feet' over Los Angeles. At 0306 a balloon carrying a red flare was seen over Santa Monica and four batteries of anti-aircraft artillery opened fire, whereupon 'the air over Los Angeles erupted like a volcano.' From this point on reports were hopelessly at variance...'swarms' of planes (or, sometimes, balloons) of all possible sizes, numbering from one to several hundred, traveling at altitudes which ranged from a few thousand feet to more than 20,000 and flying at speeds which were said to have varied from 'very slow' to over 200 miles per hour, were observed to parade across the skies. These mysterious forces dropped no bombs and, despite the fact that 1,440 rounds of anti-aircraft ammunition [other accounts say 1,430 rounds] were directed against them, suffered no losses. There were reports, to be sure, that four enemy planes had been shot down, and one was supposed to have landed in flames at a Hollywood intersection."

The official conclusion of the report in question was that the vast majority of sightings were prompted by war nerves, balloons, and possibly even mistaken identity - namely, of U.S. military planes. On the other hand, there are the conclusions outlined in a classified memorandum penned by General George C. Marshall, chief of Staff, and dispatched to the U.S. President of the time, Franklin D. Roosevelt. Marshall's words reveal the following:

1. Unidentified airplanes, other than American Army or Navy planes, were probably over Los Angeles, and were fired on by elements of the 37th CA Brigade (AA) between 3:12 and 4:15 a.m. These units expended 1430 rounds of ammunition.
2. As many as fifteen airplanes may have been involved, flying at various speeds from what is officially reported as being “very slow” to as much as 200 mph and at elevations from 9000 to 18000 feet.
3. No bombs were dropped.
4. No casualties among our troops.
5. No planes were shot down.
6. No American Army or Navy planes were in action.

The story is given 3-pages of coverage in Timothy Good's 1987 UFO-themed book, Above Top Secret. As for me? Well, it's hard to conclude that war nerves and mistaken identity didn't play roles in all this. Maybe, even, significant roles. On the other hand, General Marshall was certainly no fool. And, he was sure enough in his mind that something strange occurred, hence his words, ""Unidentified airplanes...were probably over Los Angeles." If a bombing mission by the Japanese, then why not a single casualty or a solitary bomb dropped?

And what about those same unidentified aircraft flying at "very slow" speeds? Yes, that sounds odd. But it may not be. Consider what the Air Force had to say on this very issue in 1983: "At the end of the war, the Japanese stated that they did not send planes over the area at the time of this alert, although submarine-launched aircraft were subsequently used over Seattle. A careful study of the evidence suggests that meteorological balloons — known to have been released over Los Angeles — may well have caused the initial alarm. This theory is supported by the fact that anti-aircraft artillery units were officially criticized for having wasted ammunition on targets which moved too slowly to have been airplanes [italics mine]."

In view of all the above, it's easy to place a UFO slant on all this. But, it's equally easy to offer a down to earth explanation. Are Ufologists justified in suggesting a UFO connection? More than 70 years later, we'll likely never know.

Falcons and Kites are Arson Suspects in Australian Fires