There are plenty of worse things hackers could be hacking besides Furbies, those lovably annoying toys that were the first introduction to robots for many kids and parents too. Shortly after their humongous debut in 1998 (40 million sold in the first three years), Furbies attracted hackers who figured out how to make them say and do all sorts of things until they got bored and moved on to hacking the credit card files of the retail stores where the toys were bought. Now a new and improved Furby has arrived and hackers in Poland are soliciting fellow hackers to turn them into “social robots.”

In September 2012, the toymaker Hasbro released the latest edition of Furbies. The moving plastic eyeballs of the original are now LCD screens and those enticed roboticists from the Wroclaw University of Technology in Poland to set up the Open FURBY project to attract and aid a new generation of Furby hackers.

The Open FURBY project organizers try to sound altruistic on the Facebook page, calling themselves “a team of passionate engineers and designers … that create and customize social robots to help integrate robotic technology into our daily lives.” However, their real goal is to help hackers install a custom controller into the Furby for the purpose of operating it from a PC and making it do nefarious things.

The first generation of Furby hackers had ready access to videos and websites showing how to open them up, access the motor, PC board, switches and sensors, other parts, add new integrated circuits and make the toy do things Hasbro never intended them to do.

The 2012 edition Furbies come with iOS and Android apps, allowing them to be hacked without opening them up or installing new circuits. Of course, that’s no fun for hardcore hackers so the forum has plenty of instructions for making modifications.

All of this is provided without the involvement or approval of Hasbro, which is closing its eyes and hoping to see sales back in the millions again.

Furby 2012 is still pretty simple and there doesn’t seem to be much potential for turning it into anything dangerous. Then again, these are hackers from Poland. Who knows what they might be capable of? 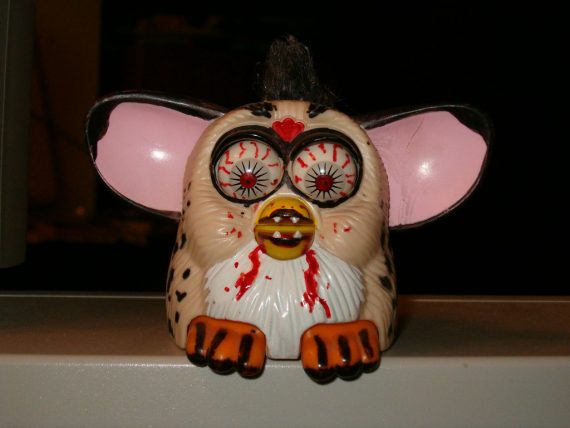 Aliens May Think That Earth is Uninhabitable