Eyes Only: How the CIA Kept Tabs on a Civilian UFO Research Group

As most of us know by now, the CIA has indeed kept tabs on the UFO problem in the past, particularly during the 1950s and 60s. This is common knowledge for most these days, particularly thanks to the PR staff at the CIA, and what might be viewed as a "cooperative promotional effort" on their part in advance of the recent X-Files reboot. Namely, the CIA featured a number of their previously declassified UFO files on a page at their website, leading many media outlets to proclaim that the the CIA had "just released its UFO files."

Not so fast. The files in question had actually been released back in 1978, as their website states. "The CIA declassified hundreds of documents in 1978 detailing the Agency’s investigations into Unidentified Flying Objects (UFOs)," the statement reads. "The documents date primarily from the late 1940s and 1950s." That, of course, didn't keep the press from jumping and running with a host of cheerfully misleading headlines about the sudden release of the CIA's "real X-Files".

Many historians would actually assert that the closest thing to "real" X-Files would actually have been the US Air Force's Project Blue Book, which oversaw the official collection of UFO reports by government until 1968. Despite being a "legitimate" government UFO study, Blue Book left a lot to be desired, resulting in dissatisfaction from many involved, including the project's former science advisor, J. Allen Hynek. In fact, Hynek's dissatisfaction with Blue Book's handling of UFO reports led him to believe that some other organization may have been receiving and studying a number of UFO reports, altogether bypassing the Air Force and its operations. “There were many times during my twenty years as a scientific consultant to Blue Book," Hynek wrote in 1977, "that I also wondered whether the very best reports were being kept from Blue Book.”

In likelihood, there were a number of different agencies that were keeping tabs on the UFO subject, and as we have already established, the CIA had indeed been one. More specifically, the CIA's Office of Scientific Intelligence (OSI) and its Office of Current Intelligence (OCI) became the departments that oversaw the CIA's secret UFO inquiry. At the urging of Weapons and Equipment Division head Edward Tauss, the CIA's UFO study group was advised to keep its interest in UFOs under wraps, "in view of [the public's] probable alarmist tendencies." In other words, it was believed that the CIA's role in UFO research, if made public, might result in legitimization of the phenomenon, and thus actually encourage belief in it.

Former CIA Chief Historian Gerald K. Haines covered this period in his essay, "CIA's Role in the Study of UFOs, 1947-90: A Die-Hard Issue" (the article can be read at the CIA's website). Haines noted that the CIA's initial report on UFOs prompted Robert Amory, Jr, then Deputy Director for Intelligence, to appoint further UFO studies to the OSI's Physics and Electronics Division, with A. Ray Gordon in charge during this period. Among the aims and objectives of the CIA's UFO studies during this time, it was hoped that the relevant OSI divisions could, "coordinate the intelligence effort required to solve the problem." Haines further notes that, "[Walter B.] Smith also wanted to know what use could be made of the UFO phenomenon in connection with US psychological warfare efforts."

This is a particularly interesting statement. Rather than suggesting an indirect relationship between world affairs and UFO sightings, employing wording along the lines of "what role the UFO phenomenon may have played in connection with US psychological warfare efforts" (or something to that effect), Haines' historical overview of the CIA's internal UFO studies suggests it might have hoped to exploit UFOs. One might consider that a funny thing for an agency to want to do, amidst taking such great care not to appear to be too interested in the subject in question! 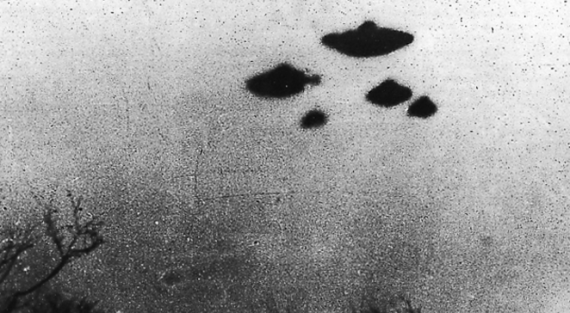 Haines goes on to summarize the cooperative effort between the CIA and the USAF, and how the CIA's concealment of their operations would later help fuel accusations of a coverup:

[T]he CIA Study Group met with Air Force officials at Wright-Patterson and reviewed their data and findings. The Air Force claimed that 90 percent of the reported sightings were easily accounted for. The other 10 percent were characterized as "a number of incredible reports from credible observers." The Air Force rejected the theories that the sightings involved US or Soviet secret weapons development or that they involved "men from Mars"; there was no evidence to support these concepts. The Air Force briefers sought to explain these UFO reports as the misinterpretation of known objects or little understood natural phenomena. Air Force and CIA officials agreed that outside knowledge of Agency interest in UFOs would make the problem more serious. This concealment of CIA interest contributed greatly to later charges of a CIA conspiracy and coverup.

Returning to J. Allen Hynek, the former Blue Book advisor had written about his suspicions of involvement by parties outside the USAF in 1977 -- one year prior to the first batch of UFO files being released by the CIA. While they may not have been the only other group involved (Stanton Friedman has, for instance, frequently referred to the UFO files kept by the NSA), it is clear that the CIA very well may have been behind some of these operations, of which Hynek had maintained such suspicions.

Hynek wasn't alone, however. Jim and Coral Lorenzen, founders of the Wisconsin-based Aerial Phenomena Research Organization (APRO), had long suspected control from a party outside the Air Force, and had even gone so far as to specify their feeling that this agency was the CIA. In their book UFOs Over the Americas, the Lorenzens devoted an entire chapter to possible CIA involvement in UFO studies, in which they wrote the following:

In Flying Saucer Occupants  we presented the dual hypothesis the CIA is conducting an undercover intelligence gathering program relating to UFO phenomenon, and that, for intelligent reasons, it has been for sixteen-odd years the architect of Project Blue Book (the Air Force investigation project on UFOs) and the general Air Force public information policy--the latter being a "cover" program designed to hide the fact that the former exists. 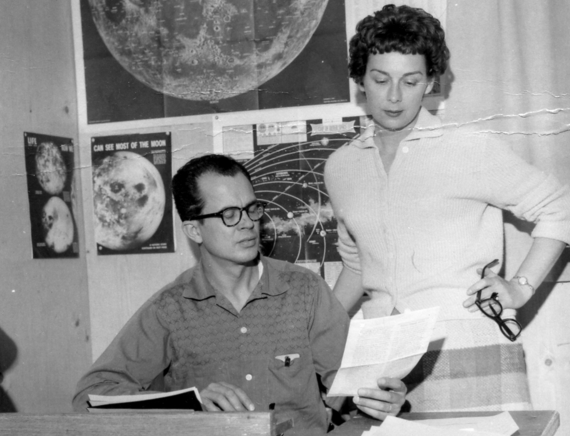 The Lorenzens offered nine points, as featured in their aforementioned previous publication Flying Saucer Occupants, which gave their rational for why the CIA had likely been involved in UFO research at that time (something that, to reiterate, wouldn't become public knowledge for a number of years). Later in the chapter, they also share a rather telling story about how one of the early members of their fledgling organization had seemingly been spying on them, possibly in conjunction with the kind of CIA surveillance they had suspected.

This individual, a man who had purportedly worked hard to steer the Lorenzens toward metaphysical interpretations of the UFO phenomenon early on, had sent a letter to them dated February 22, 1953, which Coral read, and "flipped it into a file basket on her desk." Doing so allowed the light to hit the paper in just such a way that faint depressions from the typing of an earlier document (which had been typed on a separate sheet of paper, using this one as a platen) were revealed; in particular, Coral had seen her own name illuminated on the document! Rubbing lightly over the impressions with a soft lead pencil revealed the beginning of "an abbreviated intelligence report", and after confronting this individual about the apparent memo he had written about Coral, he claimed it was merely something he did "to formalize his feelings about people he met and to define his impressions and that it was strictly a report for his own files."

Needless to say, this wouldn't be the best of ways to gain the confidence of others, whether then, or now. The Lorenzens went on to note the possible (or likely?) connection this man had to the CIA, further noting how the CIA-sponsored Robertson Panel later in 1953 would go on to name the APRO specifically among organizations that should be watched "because of their potentially great influence on mass thinking if widespread sightings should occur."

As we have examined throughout this article, the CIA's past involvement with UFO research is well established by now. UFO researchers like J. Allen Hynek suspected the involvement of parties outside the USAF early on, and the Lorenzens and APRO managed to take their assessments so far as to specifically name the CIA amidst their similar suspicions. Whether or not they had been the "architects" behind the USAF's Project Blue Book, we certainly know that the CIA's study group was meeting with Air Force officials at Wright Patterson AFB, hence proving that the two groups were in communication on the subject of UFOs.

"Certainly APRO has been watched," the Lorenzens would conclude. "And, probably, other UFO groups as well." The words of Joseph Heller come to mind here, where he famously quipped, "Just because you're paranoid doesn't mean they aren't after you." A true statement indeed, and the APRO affair is no doubt only one of many instances where the CIA -- and probably other groups as well -- have kept tabs on civilian UFO groups for various reasons.

Next Mars Mission Will Be A Giant Nose in the Sky