Hard To Kill: Rasputin and Other Immortals

The human body is a pretty fragile thing, when you think about it.  Maybe not as fragile as movie makers try to make it seem, but still far less durable than a lot of other life forms on this planet.  In the movies, they’d have you believe that, at least for nameless bad guys, you can be killed instantly with a good swift kick to the shin.  But if you’re a hero (or anti-hero), you can brush off even nuclear blasts with little more than an endearing scratch or two.

Real life, of course, isn’t like that.  Introducing foreign bodies into your own, especially of the pointy variety, is decidedly unadvised.  It’s generally a good idea to avoid the business end of guns, and most will tell you that knives do not belong in your belly (or your back, but that’s another article).

The average person holds about five litres of blood, or one and a half gallons.  It’s roughly 7% of your body weight, so the bigger you are, the more red stuff you carry.  Of course, if you spring a leak you have a problem.  That same average person can, in theory, easily survive a loss of blood ranging from 10-15% of capacity (or about half a litre), but beyond that, things get dicey.

Contrary to popular belief though, having a bullet rip through your innards isn’t strictly fatal.  It’s actually blood loss – resulting from all those new holes – that will kill you.  Yes, there are some other things going on when you’ve been perforated, but as the spunky female supporting character will always tell you, you’ve got to stop the bleeding!

Though, you realise that this is all based on a best case scenario, right?  Well, maybe not best case, you’ve just been shot, after all.  The point is, there are lots of people who defy the odds of survival; people who not only laugh in the face of death, they pretty much give it the full-monty.

Perhaps the most famous and bewildering tale of such defiant survival is that of Grigori Yefimovich Rasputin.  His story is widely misrepresented, however.

Rasputin, as I’m sure you’re familiar, was something of a sensation in Russia at the turn of the 20th century.  A most controversial figure, he was said to be one of the most powerful faith healers ever to have lived, he was (depending on who you ask) an occultist extraordinaire, and was certainly a most influential spiritual guru of the time.  And above all, he was a trusted advisor to the Russian Tsars, and, according to historians, was the primary catalyst for the fall of the Russian Monarchy.

Whole volumes have been written on who Rasputin was, how he lived, and how he died.  Strange as he was, and despite what certain films would have you believe, he was definitely mortal.  Though he certainly held tight his grasp on this world when royalty conspired to send him on.

You’ve probably heard the condensed version of the tale; he was poisoned, shot, beaten, and finally drowned at a dinner party in his honour.  Though, lest you get the wrong idea, this was not just how they partied in Russia at the time.  No, it was Rasputin’s benefactors – who had grown tired of his meddling in political affairs – who decided to put an end to his influence.

Rasputin’s friend (or so he thought) Felix Yusopov invited the mystic to a late-night social gathering.  Now, to spare you the minutia of detail, much of which is in question, what is known of the meat in this story is that Rasputin had been served wine and pastries laced with cyanide at this soiree.  Most accounts agree that he reluctantly imbibed copious amounts of the poisoned wine, though he may or may not have eaten the tainted pastries.  But for whatever reason, he did not succumb to the toxin, except by way of becoming quite drunk.

Desperation set in and either Yusopov himself, or another conspirator – perhaps Dimitri Romanov – attempted a much more overt act to dispatch the holy man.  Rasputin was shot in the left side of his abdomen (some tellings claim he was shot in the back) and he fell to the floor, apparently lifeless.

Thinking they had succeeded, the conspirators made haste to dispose of Rasputin’s belongings, and later returned to remove his body, whereupon they found him still very much alive, and attempting escape by crawling up a flight of stairs to the courtyard.  Well, this simply would not do; so fellow conspirator Vladimir Purishkevich again tried to shoot him, missing twice and then finding his mark in Rasputin’s back as he fled.  He took a final round to the head, in what one can only imagine would have been an Oscar-worthy scene of dramatic fatality, and fell to the snow.

Yusopov, who apparently had been moved to madness by the evening’s events, then set upon him with a truncheon, beating him about the head and body until he was finally pulled off of the proverbial dead horse by his companions.  Wouldn’t you know it though, Rasputin was still alive.

Having had enough of this unending assassination, his murderers wrapped him in a carpet and dumped him into the nearby Nina River.  Much to the surprise of authorities though, when the body was dredged from the river some days later, there were signs he had yet been alive and had injured his hands trying to break through the ice from the underside. 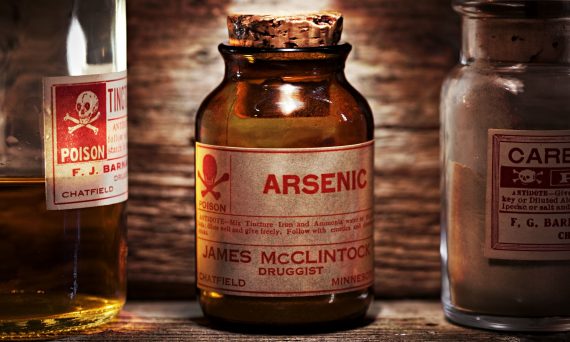 An unbelievable tale, for sure, but as mentioned, his wounds alone could have been survivable, at least in the short term.  Whether he had some immunity to cyanide, or perhaps his hosts administered it incompetently, any single event he suffered that night could not conclusively be deemed fatal on its own.  Mostly because none were, until he drowned.

But he’s not the only person to have survived grievous injury at the hands of an attacker.

Jumping back into the 21st century, on May 27, 1988, a Suffolk Country, New York police officer named Kenyon Tuthill was ambushed by a crazed man with a shotgun while he sat in his patrol car.  Tuthill took a point-blank shotgun blast to the face, which, as you might imagine, removed not only most of his face, but nearly 30% of his head.

Anyone reading this would be right to assume that Officer Tuthill’s life ended that night, but what if I told you that he never even lost consciousness?

His attacker fled immediately following the shot, likely assuming the officer dead, but Tuthill was still very much alive.  The officer called for help over his CB radio, though with most of his mouth gone, he managed only garbled moans.  He underwent nine hours of surgery to save his life that day and his attacker was eventually apprehended and was ultimately sentenced to life in prison.

Officer Keyon Tuthill survived what no one thought possible; since then he has gone through more than 17 facial reconstruction surgeries, and was a featured story in the documentary Ultimate Survivors: Winning Against Incredible Odds (1991) starring William Shatner.

These two stories from what seem like opposite sides of history, sit in stark contrast to our news headlines.  People are killed so often, and sometimes in such seemingly benign ways, and almost always for no good reason.  Our bodies are subject to assaults on every level, and at a glance it seems there’s no logic involved in who lives and who dies.  Rasputin’s story typically incites talk of magic, and sorcery, and alchemy, but when a regular guy like Officer Tuthill can survive such massive injury through sheer will, magic seems unnecessary.  One thing is certain though, of all the ways a life can be destroyed, killing each other is the worst.

The Mystery of the Murderous Leopard Cult