Back in the 1940s, the people of Mattoon, Illinois were plagued by a sinister character that became known as the Mad Gasser of Mattoon. The name was a very apt one: the mysterious figure gassed his victims, as a means to gain entry to their property, and to take advantage of whatever caught his eye. His actions followed a similar wave of attacks - in the 1930s - in Botetourt County, Virginia. But, today at least, let's focus on the later events. On the night of August 31, 1944, a man named Urban Raef was overcome by a mysterious gas that provoked sickness, weakness, and vomiting. Despite Mr. Raef's fear that there was a gas leak in the house, such was not the case. Rafe's wife - to her horror - found herself briefly paralyzed.

Also among the Gasser's victims, was Mrs. Bert Kearney, who lived in Mattoon, too. On September 1, 1944, and approximately an hour before the witching-hour struck, Mrs. Kearney was hit by what was described as a "sickening, sweet odor in the bedroom." As was the case with Mrs. Raef, the "gas" caused temporary paralysis in her legs. It also resulted in a burning sensation to her lips, and a parched feeling in her mouth.

Mrs. Kearney cried out for her sister - whose name was Martha and who came running to see what was going on. She too was unable to avoid the powerful smell. In no time, the police were on the scene, but the Mad Gasser was nowhere to be seen. At least, not for a while. As Bert Kearney drove home - after his shift as a cab-driver was over - he caught sight of a darkly-dressed man peering through the window of the Kearney's bedroom. It was a thin man wearing a tight, dark cap on his head. He quickly fled the scene. 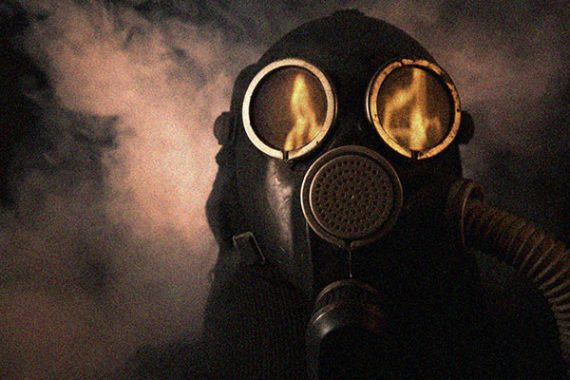 In the wake of the curious affair, other reports of the Mad Gasser's infernal activities surfaced - to the extent that both the local police and the FBI got involved. The townsfolk were plunged into states of fear and paranoia. While some cases were put down to nothing more than hysteria, that was not the beginning and end of the story. For example, Thomas V. Wright, the Commissioner of Public Health, said: "There is no doubt that a gas maniac exists and has made a number of attacks. But many of the reported attacks are nothing more than hysteria. Fear of the gas man is entirely out of proportion to the menace of the relatively harmless gas he is spraying. The whole town is sick with hysteria."

The mystery was never resolved to the satisfaction of everyone. One theory offers that the Mad Gasser of Mattoon was actually nothing stranger than a bunch of kids. Writer Scott Maruna suggests that the Gasser was a University of Illinois student, Farley Llewellyn, who had a deep knowledge of chemistry and who went to school with the initial victims. Other theories include burglars and even extraterrestrials. But, there's another possibility.

What we know for sure is that the Mad Gasser dressed in dark clothes, was thin, and wore a dark cap that fitted tightly on his head. He tried to make his way into homes in the dead of night and ensured that the homeowners were pretty much unable to do anything about it. This is all very reminiscent of the strange saga of Albert Bender, a man who pretty much began the early 1950s wave of Men in Black encounters. From his home in Bridgeport, Connecticut, Bender ran the International Flying Saucer Bureau. That is, until a trio of darkly-clothed, fedora hat-wearing MIB paid him a visit and told him to quit digging into the world of UFOs. Or else. 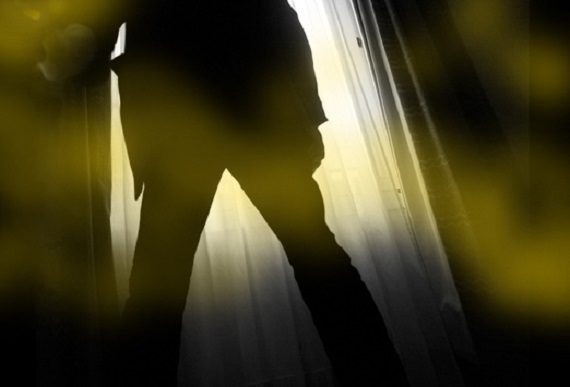 There was, however, no knock at the front-door. Nor was there a flashing of ID cards by grim-faced officials of "the government." Bender's MIB were much stranger: they were pale-faced, thin, and sported shining eyes. From 1952 to 1953, Bender had repeated encounters with the Men in Black - almost exclusively at night and into the early hours. They typically materialized in his attic-based bedroom, which he called his "Chamber of Horrors" (Bender was a horror-movie fanatic and someone well-versed in the occult). When I say "materialized," I mean they walked through walls and windows. Allegedly, of course.

But, there was something else too: on almost every occasion that the MIB appeared, it was amid a powerful odor. In Bender's case, something akin to sulfur. Bender, like so many of the residents of Mattoon just 3 years earlier, was overcome by nausea, and felt faint, light-headed and weak when the MIB turned up. So, in both Mattoon in the mid-1940s and in Bridgeport in the early 1950s, we have darkly-clad thin men, wearing equally dark hats and caps, entering homes in the dead of night. And all associated with powerful odors that badly affected the victims.

Of course, it might be said that a down-to-earth explanation exists for the Mattoon affair. On the other hand, maybe the Mad Gasser of Mattoon should be renamed the Mad M.I.B. of Mattoon...