In September of last year, I wrote an article here at Mysterious Universe titled "Men in Black...Cloaks." It began as follows (QUOTE): "There’s no doubt in my mind that when it comes to the matter of the Men in Black, there is a direct connection between these menacing characters and a wealth of other supernatural phenomena. That includes the Hat-Man, the Shadow People, the Black-Eyed Children, and the Women in Black. All of these entities are definitively sinister in nature and should be avoided at all costs. And, to a degree, they even mirror each other.

"The Black-Eyed Children, for example, parallel the MIB when it comes to trying to find their way into homes, usually late at night. The MIB and the Hat-Man are both known for their old-style fedoras. The Women in Black are the absolute female counterparts of the MIB, even down to the pale, overly-smooth skin. And there are more than a few reports on record of Shadow People wearing fedoras. This leads me to believe all of these 'things' are manifestations of one phenomenon, albeit in different (but not too different) guises. There is, however, yet another entity that falls into this particular category. It’s one that I have a few reports on, but which often gets overlooked when it comes to the MIB connection. We’re talking about 'Men in Black Cloaks.'" (END OF QUOTE)

Well, now there's yet another sub-category to add to all of the creepy characters described above: "Men in Black Gloves." Over the years, a few reports have surfaced of the menacing Men in Black wearing black gloves, but certainly nowhere near the extent to which they are associated with black fedoras and old, 1950s-era black cars. However, between October of last year and late January of this year, I have received what I can only describe as a "cluster" of reports of the MIB wearing black gloves.

Now, if I got - hypothetically - a report or two every couple of years of gloved MIB, I probably wouldn't have given the matter much thought. But, in the five months that have roughly passed since I got the first report, I have now received eight such accounts. And, from varying parts of the United States. Admittedly, at first, I thought this might be some curious kind of MIB "spam." Namely, a group of people deciding to get together and waste my time with a bunch of bogus, concocted tales. But, having spoken on the phone with six of them, and having had extensive email exchanges with the remaining two, I'm 100 percent sure that's not the case. 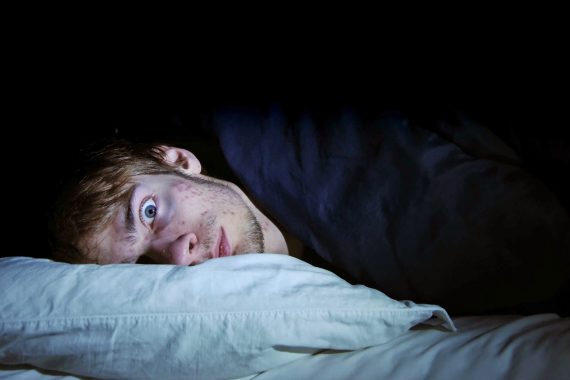 Of the eight, six had experiences with the gloved MIB in what were classic states of hypnagogia. For those who may not be aware of the phenomenon, it is - as Wikipedia correctly notes - "the experience of the transitional state from wakefulness to sleep." It's a stage in which people can hear voices and unclear mumbling. Loud "bang"-like noises are not uncommon. Nor are the sounds of a door knocking or a doorbell ringing. Visual hallucinations can occur too. Sometimes, they are traumatic. On other occasions, however, they're uplifting. The phenomenon of "sleep paralysis" can also be a factor in hypnagogia, but certainly not always.

Now, the down to earth explanation for hypnagogia is that it's purely an internal phenomenon, provoked by that aforementioned hazy state of being semi-awake and semi-asleep. However, over the years, I have spoken with more than a few people who are absolutely sure in their minds that there is an external component to all of this. In other words, the idea that paranormal entities can literally "invade" our dream-states. And, perhaps, our semi-dream states, too. Of course, there's no hard evidence for this, but that hasn't stopped such a theory from persisting. And particularly so in so-called "alien abduction" experiences, and also with regard to encounters with the likes of the "Old Hag," and Incubus- and Succubus-type creatures. And, it seems, we can now add the Men in Black gloves to that list. 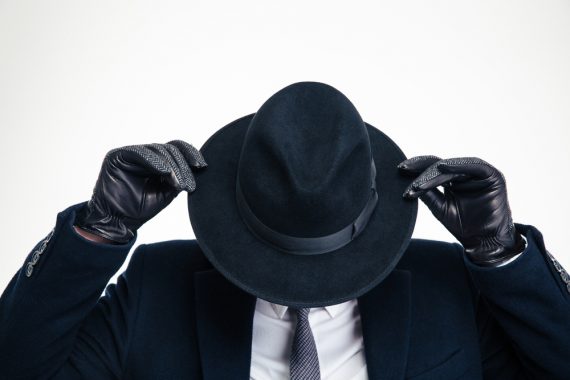 As controversial as it may sound, I'm quite open to the idea that what many assume to be internal experiences may have an external "Fortean" aspect attached to them. One of the reasons being when I get these "cluster"-style reports. Now, I'm not saying that an entire bunch of people - spread all across the United States and unknown to each other - couldn't share eerily similar experiences. But, across just 5 months? And all with the imagery of MIB wearing black gloves? And they all decide to contact me? That's when I begin to think we're not dealing with just hypnagogia.

In all of these specific cases I received, the Men in Black were wearing the old-style Fedoras for which they are famously known. In two of the cases, the witnesses felt themselves being choked by the glove-wearing MIB - something which forced them to fight for their lives, as they saw it. In three cases, the witnesses reported unpleasant odors in the bedroom at the time of the event. Importantly, in one case, the odor persisted long after the witness woke up.

Interesting? Yes. Intriguing? Definitely. Terrifying? For the witnesses, yes, undoubtedly. For me? I see it as further data suggesting more and more that the Men in Black phenomenon is one of paranormal proportions. "Secret agents" of the Will Smith and Tommy Lee Jones type? Nope.