Monkey of the Dead

Like a lot of people in the paranormal field I write on a number of subjects, but chiefly Ufology and Cryptozoology. And, also like most people in the field, I have my favorite, specific cases. One of them concerns a bizarre creature that haunts a certain bridge in central England. The name of the monster is the Man-Monkey. Such is the interest I have in the story, I wrote an entire book on the subject. I've also commented on the affair right here, at Mysterious Universe, such is the large body of data and witness-testimony on the case.

The tale dates back to January 1879 when a man crossing Bridge 39 over the old Shropshire Union Canal - near the Staffordshire village of Woodseaves - had the shock of his life. Out of the surrounding and dense trees a large, monkey-like animal came charging. It jumped onto the man's horse and cart, and scared the living-you-know-what out of the man and his four-legged friend. The shining-eyed monster was no normal animal, however. It was described as being semi-physical and semi-spectral - in the sense that it had the ability to jump atop the cart, but when the man tried to hit the thing with his horsewhip, the whip went straight through it. As in literally. The beast quickly bounded away, and back into the shadows. The man raced to the local pub for a soothing pint of beer or several. Hell, maybe even the horse did! 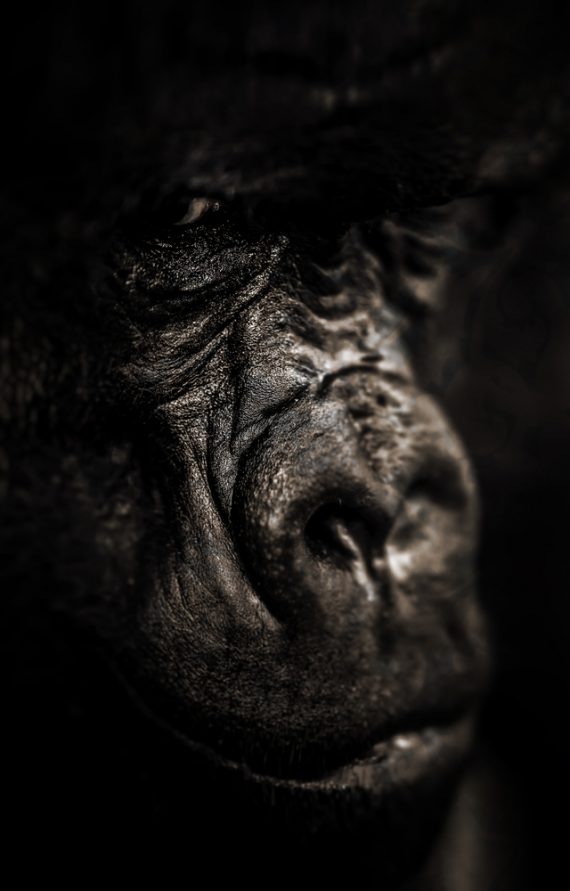 Over the years, a wealth of theories have been offered to explain the case. An escaped gorilla from a traveling menagerie being one of them. Then, there's the "deranged hobo" theory, which is hardly worth addressing, since it's so patently ridiculous. Some kind of Tulpa/mind-monster has also been offered, given that, also in the late-1800s, dark and infernal rites and rituals were afoot at nearby Ranton Abbey. And, there's yet another scenario.

There can be very little doubt that the most controversial theory offered to explain the presence of the Man-Monkey - and of similar creatures reported in the U.K. - is that it was an example of the human dead returning to our realm of existence in spectral, animal form. To be sure, it’s a scenario that most seekers of unknown apes and mysterious monkeys have absolutely no time for. However, it must be noted that in centuries past, there was a widely held belief that restless spirits could travel from their ethereal plane of existence back to our world, albeit in monstrous forms – including those of large, ape-like beasts.

Was the soul of a local man who, according to police knowledge, “drowned in the cut" just weeks before the Man-Monkey was first seen, really running wild in the guise of the semi-spectral Man-Monkey? Many might disagree. Not the folk of Woodseaves, however. One who gave a great deal of thought to this theory was Charlotte Burne – the author of an 1883 book, Shropshire Folk-Lore, and the very first person to write about and investigate the saga of the Man-Monkey.

Burne said of the sightings in and around the area: “I believe this to have originated in the classical and medieval notion of werewolves, living men who could assume the shape of a wolf at pleasure. Sometimes also a corpse would arise from its grave in the form of a wolf, and might do incalculable damage if it were not at once beheaded and cast into the nearest stream. This is a Prussian fancy, and the English King John too is said to have gone about as a werewolf after his death. Wolves have been extinct in England long enough to have disappeared from popular tales though not so many centuries as most people suppose, but the Man-Monkey seems very like the old fable in a new guise.”

Elliott O’Donnell, who, in 1912, penned a classic book titled Werewolves, wrote: “It is an old belief that the souls of cataleptic and epileptic people, during the body’s unconsciousness, adjourned temporarily to animals, and it is therefore only in keeping with such a view to suggest that on the deaths of such people their spirits take permanently the form of animals. This would account for the fact that places where cataleptics and idiots have died are often haunted by semi and by wholly animal types of phantasms.”

O’Donnell expanded further: “According to Paracelsus, man has two spirits – an animal spirit and a human spirit – and that in after life he appears in the shape of whichever of these two spirits he has allowed to dominate him. If, for example, he has obeyed the spirit that prompts him to be sober and temperate, then his phantasm resembles a man; but on the other hand, if he has given way to his carnal and bestial cravings, then his phantasm is earthbound, in the guise of some terrifying and repellent animal.”

True or not, the words of O'Donnell offer yet further intrigue for those, like me, who pursue the mystery of the Man-Monkey.