Now that the new series of The X-Files is already halfway through its brief return to television, I figured it would be a good time to address an issue that often crops up in conversation. And particularly when I'm lecturing on the "government files" angle of the UFO controversy. Namely, does the real FBI have its very own X-Files department? Well, the short answer is "No. It does not." That's not to say, however, that the FBI hasn't played a significant role in the investigation of the kinds of mysteries that would have Mulder drooling at the mouth and Scully rolling her eyes and shaking her head.

When it comes to the matter of investigating UFOs, there's no doubt that the most active period for the FBI was the summer of 1947. This is hardly surprising, since June 24, 1947 was the date on which Kenneth Arnold had his famous sighting of a squadron of UFOs at Mt. Rainier, Washington State. In no time at all, the term "flying saucer" was coined. As was another term, one which was often used by the FBI at the time, "flying disc."

Two weeks after the Kenneth Arnold sighting, Brigadier General George F. Schulgen, Chief of the Requirements Intelligence Branch of Army Air Corps Intelligence, met with FBI Special Agent S.W. Reynolds. The purpose: to determine if the military could secure the FBI's assistance in its investigation of the quickly growing number of UFO reports. Schulgen said to Reynolds that "every effort must be undertaken in order to run down and ascertain whether or not flying discs are a fact and, if so, to learn all about them." Schulgen also shared with the FBI man some of the more credible reports which had reached the Army Air Corps from other military sources.

Assuring Reynolds that he would guarantee the FBI "all the facilities of [my] office as to results obtained," General Schulgen outlined a plan which would involve the FBI in both locating and questioning witnesses, to ascertain whether they were "sincere in their statements that they saw these discs, or whether their statements were prompted by personal desire for publicity or political reasons."

Records released under the terms of the Freedom of Information Act show that the FBI Director, J. Edgar Hoover, had a few concerns about getting involved. The primary one being the extent to which the FBI would play a role. Memos make it clear that Hoover wanted the Bureau to have a highly visible, proactive role - or no role, at all. So, from early July through August 1947, the FBI was heavily involved in interviewing witnesses, chasing down stories, and liaising with the military. For a while it all went well, and the FBI secured a large number of undeniably impressive reports. They came from the public, police-officers, civilian pilots, and the military itself.

Hoover, however, was still unsure of what was afoot, since rumors were then flying around the FBI that the UFO phenomenon was the result of a highly secret, domestic program of the U.S. military. Indeed, and on this very matter, Special-Agent Reynolds (surely the Mulder of the 1940s) met with "...Lieutenant Colonel [name deleted] of the Air Forces Intelligence." Reynolds offered his opinion (or, perhaps, his suspicion) that UFOs were the work of Uncle Sam. Reynolds was intrigued by the colonel's reply. In an official memo of August 19, 1947, we have the following: "Mr. Reynolds was very surprised when Colonel [deleted] not only agreed this was a possibility, but confidentially stated it was his personal opinion that such was a possibility."

Reynolds, quite naturally, pointed out to the colonel that if flying saucers/flying discs were indeed the products of the U.S. military, then it would be wholly unreasonable for the FBI to be expected to "...spend money and precious time conducting inquiries with respect to this matter." The colonel concurred, indicating that it would be "extremely embarrassing" to Air Force Intelligence if it was shown that the saucers were American in origin.

Files demonstrate that Hoover became more and more exasperated by the whole situation, and particularly so in regards to the "secret weapon" angle, and also because he felt the FBI faced playing second fiddle to the military. Hoover spelled out his thoughts in a memo to D.M. Ladd, the Assistant Director of the FBI's Domestic Intelligence Division: "It is felt that the situation regarding these flying saucers and flying discs is very similar to the situation which was previously encountered by the Bureau during the past war in handling complaints arising out of the sighting of Japanese balloons." 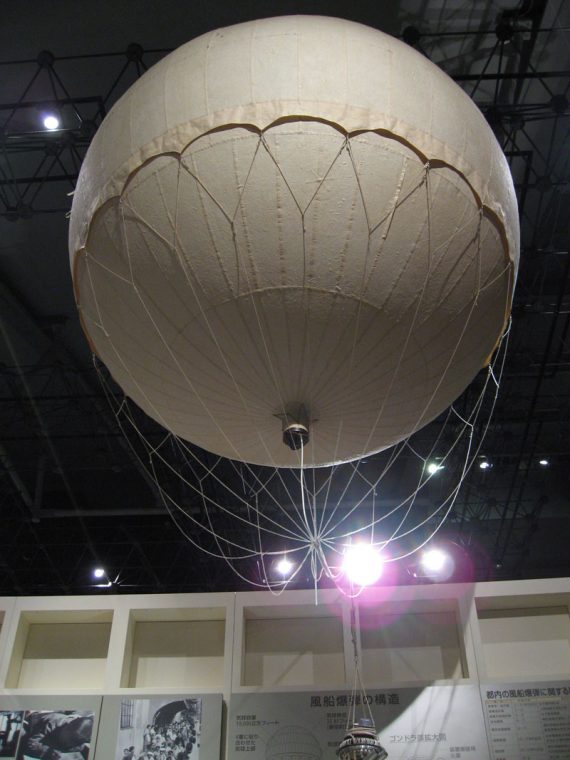 Hoover continued to Ladd: "You will recall that at the inception of these complaints the Bureau conducted considerable investigation and located numerous balloons as a cooperative measure for the Army and that after considerable work had been done, the Army then informed that these were military weapons and that they would take over the handling of them completely. This they did and in an extremely short time issued a big press release as to the splendid work of the Army in locating these Japanese balloons."

In other words, when it came to UFOs, Hoover didn't want to be upstaged. By late August 1947, it was clear that the the original plans for the FBI and the military to work together was not going to work. The FBI scaled down its involvement and let the military do its thing. It's important to note, however, that the available FBI files on UFOs are of significant value. The records in question are packed with fascinating accounts. And they demonstrate the nationwide nature of the phenomenon in those initial months after the Kenneth Arnold encounter.

The FBI was not completely done with UFOs, however. Indeed, as we'll see in part-2 of this article, other related issues loomed large in the late-1940s and the early-to-late 1950s. Namely: crashed UFOs and the Contactee/"Space Brother" movement.

The Woman Who Stayed Awake for 30 Years…Or Did She?